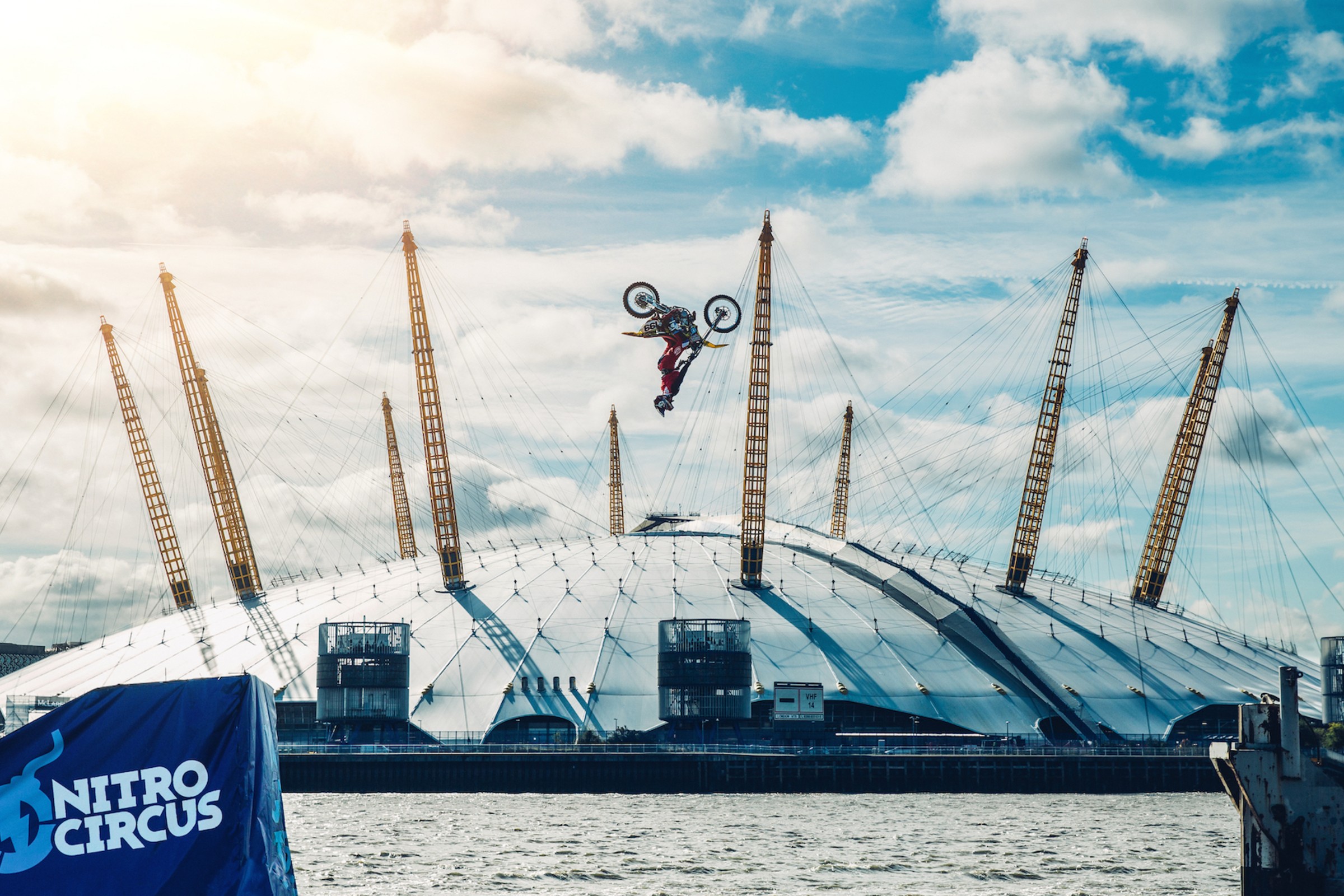 The Nitro Circus team of Travis Pastrana and his crazy cast of friends have been raising the bar of what is actually possible on a motorcycle for years. With shows around the world and a long list of movies and DVDs released, Nitro Circus provides entertainment for hours on end.

So, today we decided to look at 10 wild and crazy moments from the Nitro Circus crew over the years. For this list, we decided to key in on things they accomplished on a motorcycle. The crew does some crazy things with tricycles, base jumping, and much more which we'd highly recommend you check out on their YouTube channel.

Back in 2007, Pastrana and the crew decided to give the Baja 1000 a go on a motorcycle. As you'll see, Travis had a tough time finding food to eat for much of the race and the team couldn't exactly agree on how well things were going.

When Pastrana decided to try a backflip from one floating barge to another in London's River Thames, it wasn't the first time Travis was going to do a stunt involving barges. The degree of difficulty is insane for this stunt though, as the take off and landing ramps could move with the water while he's in the air and create a dangerous situation.

Motocross in a Casino

Gavin Godfrey of the famed Godfrey clan decided to wake up in his hotel room one morning and ride down to the casino. The Eureka Casino and Hotel was somehow on board with this project, and thus the concept of slamming tires instead of chips on a blackjack table was born.

At the inaugural Red Bull Straight Rhythm back in 2014, Pastrana showed up with the RMZilla; a CR500 motor mounted into a RM250 frame. One of the biggest downfalls that Travis had was his inability to scrub as the video shows, but he still found a way to be fast.

All of us have wanted a pit bike track in our yard at some point or another. Well, Travis has plenty of land at Pastranaland to make one of the more epic pit bike tracks imaginable and he invited several people out to his place to try it out!

Standing Atop a Jumping Rallycar

This one is mostly about a car jumping, but there's an unusual headpiece on this rally car. The crew strapped a bike to the top of this rally car and are going to jump the car with someone standing on the bike on top of it.

Bruce Cook was paralyzed in an attempt at the world's first double frontflip, but that didn't stop him. In 2014 at Nitro Circus Canada, Cook became the first paraplegic to successfully land a backflip on a dirt bike.

Freestyle motocross has progressed leaps and bounds in a short two decade span and perhaps no video shows how many different tricks guys can do these days than the first ever Nitro Circus Live FMX Competition from Australia in 2018.

What started out as just ramps into a foam pit with a fairly normal airtime has now been pushed to jumping out of an eight story building onto an air pad. With new heights and crazy stunts, Pastrana was constantly pushing the envelope.

Just nine years after Travis Pastrana became the first rider to land the double backflip, Australia's Josh Sheehan took it one notch further. The height and commitment needed to spin three rotations in the air on a motorcycle is almost unfathomable, but apparently not impossible.