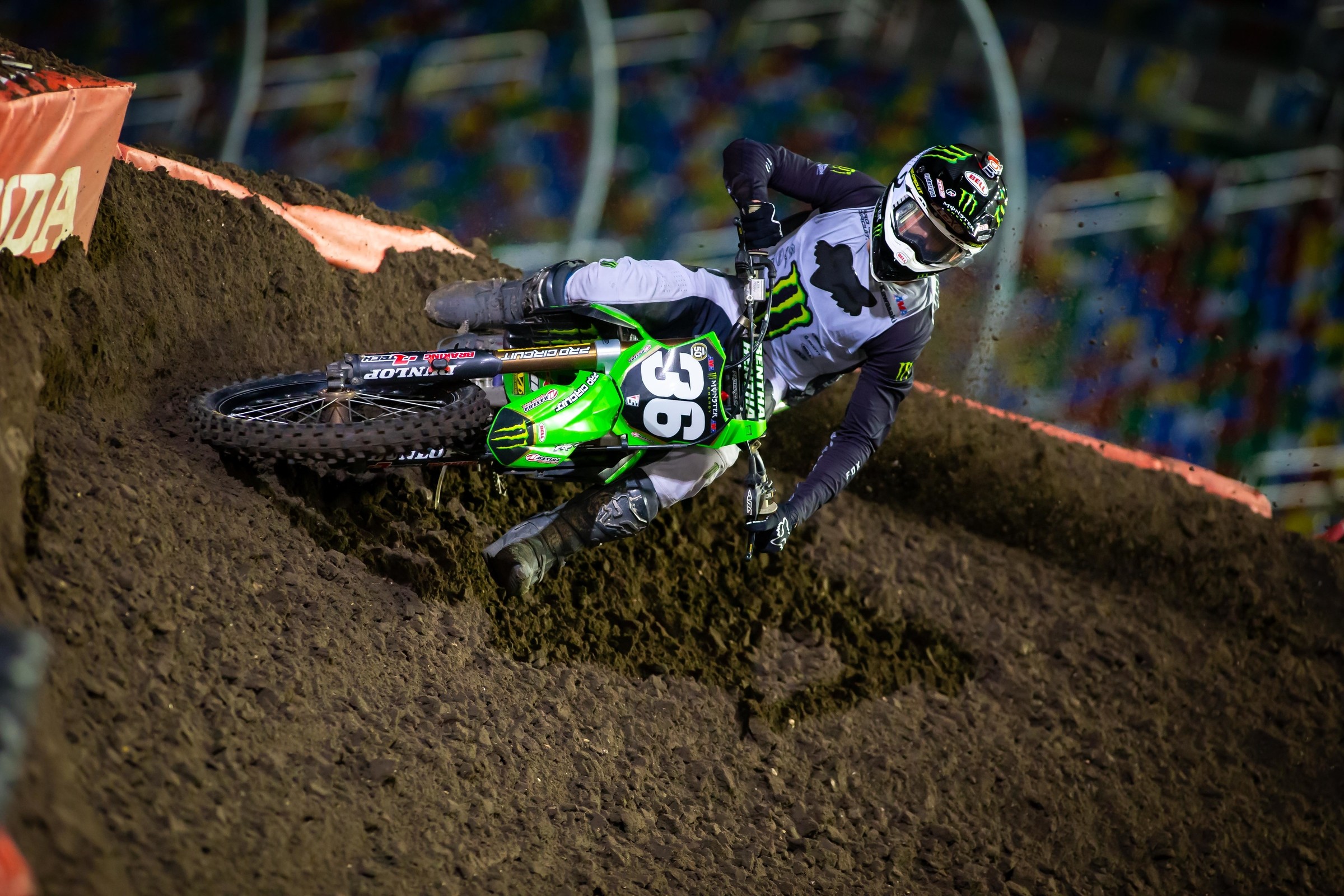 Grooming superstars straight from the amateur ranks is nothing new for the Monster Energy/Pro Circuit Kawasaki team. They have taken many riders straight from the Team Green amateur program and turned them into instant winners or contenders in no time at all, and that includes not only past recruits like Ricky Carmichael, but even current Kawasaki racers like Austin Forkner and Adam Cianciarulo.

However, they haven’t had it all their way in the last decade, especially not as brazen as the days of sweeping both 250SX Regional Championships seemingly at will.

Next up? Garrett Marchbanks. The 18-year-old from Utah was a highly touted amateur with a future ahead of him that team owner Mitch Payton was ready to help him achieve. Marchbanks turned pro at the beginning of the 2018 Lucas Oil Pro Motocross championship where he was instantly a top 10 contender, but as with any rookie season, the growing pains of development coupled with crashing and injuries alike led to equally inconsistent results both in Lucas Oil Pro Motocross and then during the 2019 Monster Energy Supercross campaign.

Not much time had passed, but in comparison to Cianciarulo (who won the very first supercross he entered) it felt like a lot of time had passed between Marchbanks’ debut and the wait for first breakthrough ride.

This year, Marchbanks has been noticeably different. At the Tampa opener of 250SX East he showed podium-level speed. He told our Jason Weigandt that he was used to winning as an amateur and tired of not winning as a pro. He was bound and determined to be much better in year two of his supercross career.

Through four rounds in the 250SX East Region Championship, his worst result has been a seventh, which is much better than his average finish of 11.9 in supercross last year. Despite the improvement, this last weekend in Daytona brought about an unprecedented result. Marchbanks claimed his first career 250SX win at Daytona in just his 14th start. He also became the first rider born in this millennium to win a supercross race, according the SX Research Department.

“Honestly, I had to pinch myself, I thought it was a dream,” Marchbanks said on the PulpMX Show this week. “I was just going for a podium, but honestly, after I started second in the heat race and charged and got into the lead, it came naturally to me.”

Marchbanks passed Jeremy Martin, who historically has been fantastic at Daytona, in his heat race. He would go on to take the victory. Even after putting that performance together, it was still a shock to see him holeshot, lead every lap, and win his first career race in the main event. Holding off a charge from defending series champion, Chase Sexton, Marchbanks looked every bit the part of a seasoned veteran as he ramped up his pace and pulled away in the latter stages of the main event.

“Honestly, the first five laps was the most nervous I was [in the race],” said Marchbanks. “I didn’t think I was going to hold on for a minute and after lap five I was like, ‘Holy cow! I’m still holding a two second gap!’ And it just kind of came natural, like I said. After lap seven or so, I feel like I just got into a good groove and held onto it.”

Ivan Tedesco has been working with Marchbanks while he also tests with the Monster Energy/Pro Circuit Kawasaki team. The former two-time 250SX champion spent a lengthy career near the top of the sport and has been helping Marchbanks develop into a rider capable of winning races. Marchbanks noted Tedesco has been instrumental in his program this season.

“[He helped me] with just being level and being consistent with the laps,” said Marchbanks. “If you make a mistake, don’t dwell on it. Try to just let it go and focus on the race. Like, if I missed the 3-3-3 in the races last year, I’d get pretty frustrated with it and make more mistakes. In the main [at Daytona], I realized I made a couple small mistakes and I’m just trying to let it go.”

With his win, Marchbanks now sits fourth in the championship standings, 19 points down from Sexton. That’s not really the story here, though. For Marchbanks, he just needed that one result to boost his confidence and show what he’s capable of doing. The win at Daytona was also just the fourth time that a 250SX class rider won their first career main event at the World Center of Racing. The other three riders were Todd DeHoop, Travis Pastrana, and Marvin Musquin. What do all three of those riders have in common? They all went on to become 250SX East Region Supercross champions.

Garrett Marchbanks now stamps his name into the long list of winners, but more importantly, his upward climb might only be getting started.