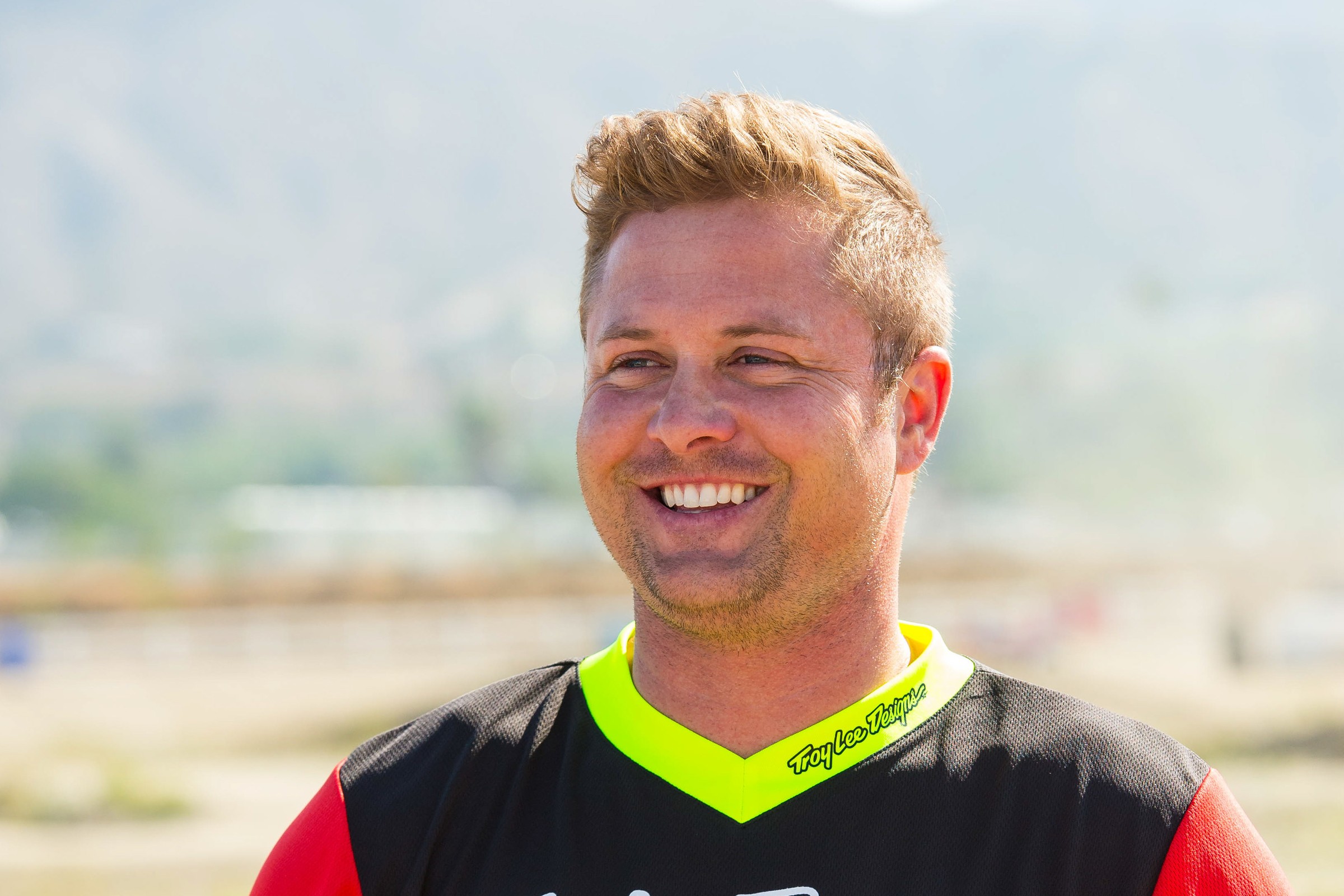 As I was rehabbing an ACL in the summer of 1998 as a member of the FMF/Honda team, I got a call from Davey Coombs. They were starting a website (whatever that is) to augment their print magazine and DC asked if I’d be interested in writing a column for it. I had plenty of time on my hands and I figured as long as the Oxycodone held out, I could be entertaining to some extent. Bryan Stealey, the managing editor at the time, gave it the name Electronic Ping, set me up with an email address, and off I went. That column made it to the magazine before long and I took over the Ask Ryno/Ask Leanne segment on the website as well with, as you’d imagine, Ask Ping. And so it’s gone, year after year, solving the most pressing questions in the motocross world week after week… or at least having a few laughs while sarcastically responding, anyway.

I joined the staff full-time in 2004 after announcing my retirement from the sport. I didn’t get the ticker tape parade or the farewell tour to acknowledge my fans, and that was fine. What I really wanted was a job; It’s terrifying knowing that your career is ending in the one field you have any expertise. DC and I had spoken about coming on as a staff member two years earlier, and that conversation is one I’ll never forget. I was sitting on my bike under the Red Bull/KTM tent in 2001 at the Houston Supercross, likely stressing about my bike not having a linkage, when he walked up to me. During that conversation he told me to race as long as I could, as long as I was enjoying it. “You’ll never be able to go back once you decide to pull the rip cord, so make sure you really mean it,” said Coombs. He added, “When you do make that decision, you have a job at Racer X waiting for you.” I felt like one of the pretty girls who got to board a life boat on the Titanic as it was sinking into the frigid Atlantic.

I recently told Davey how much that conversation meant to me and that it was something that I’d always been grateful for, and always will be. The crushing weight of the unknown was lifted and I spent two more years racing, and winning, right up until the wheels fell off… well, the front wheel, anyway. And the forks. And the handlebars. That crash would be the straw that broke the camel’s triple clamp, as it were.

Over the next 16 years I got to travel around the globe racing bikes and writing stories about it for Racer X Illustrated. New Zealand, Germany, Czech Republic, Portugal, Spain, Costa Rica, and Puerto Rico are just a few of the trips that come to mind. And some of our stories have been funny (Anybody remember the Chinese Takeout feature?), others have been extremely emotional (Stephane Roncada’s addiction story), and yet others have been inspiring (The Extreme Track Makeover we did for the naval air station troops in Lemoore, California). It’s been an honor to be a part of this team for so many years.

Alas, all good things must come to an end. This will be my last writing here at Racer X. It has been an absolute pleasure to work alongside some of the most amazing, hard-working individuals in the sport. Davey Coombs changed the course of my life, and I’ll forever be grateful for that. Our former editor, Bryan Stealey, taught me countless lessons about journalism and business. Jeff Kocan has forgotten more about the English language than I know, but he never made me feel like an idiot when I’d ask a question. Thanks for that, Jeff. Julie Kramer, Eric Johnson, Billy Ursic, Jason Weigandt, Matt Ware, Chase Stallo, Pete Martini, Trent, JT, Scott Wallenberg, Chris Jonnum, Andrew Fredrickson, Wheels… I’ve had the pleasure of working with some incredible folks along the way. Thank you all.

And a special cheers to my buddy, the Guv’nor, Simon Cudby. There simply isn’t a better guy behind the lens… or even just a better guy. Thanks for the memories, and I’ll see you all at the races.