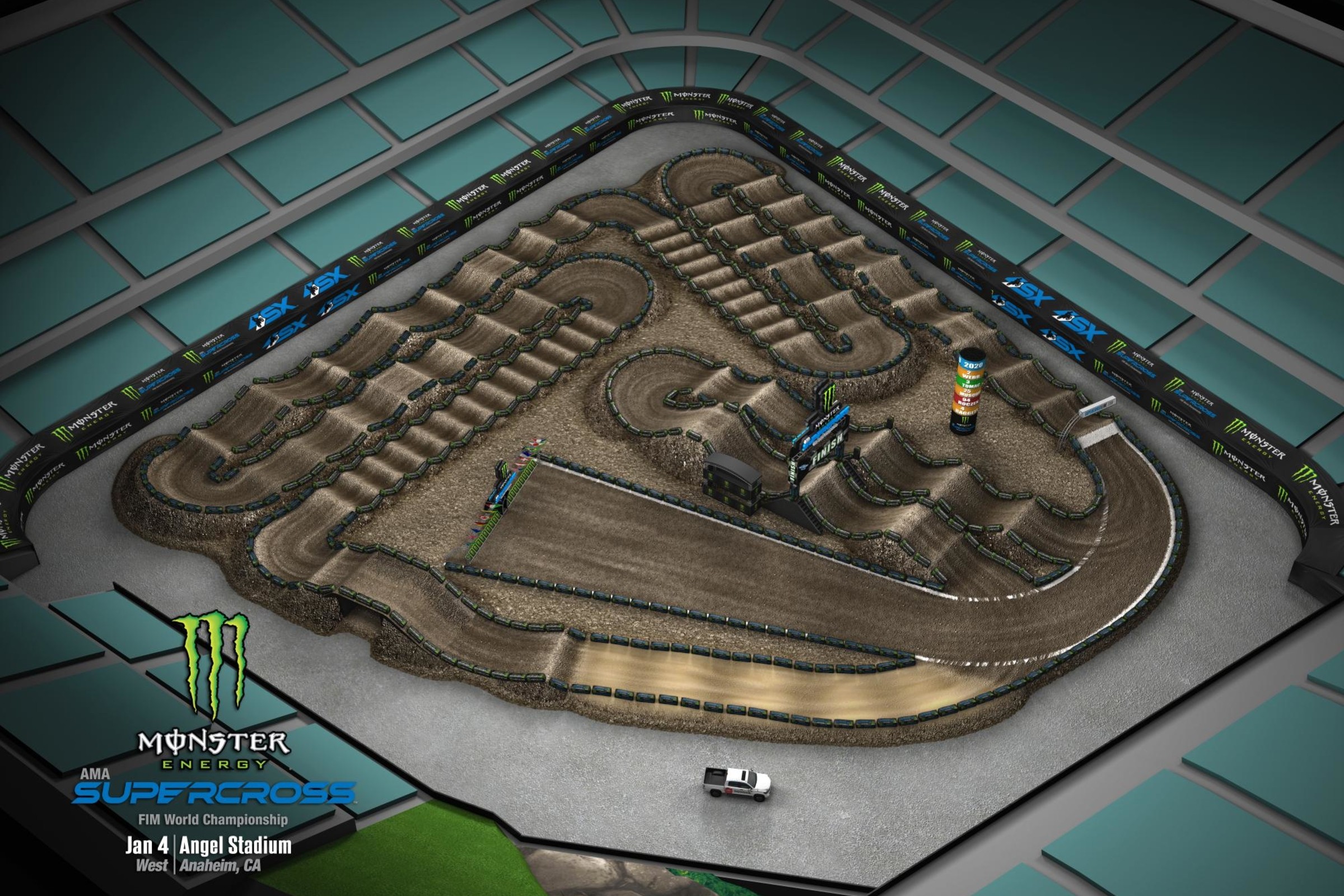 Earlier this summer we had Jason Thomas and Steve Matthes take a look at the venues on the 2020 Monster Energy AMA Supercross schedule and recall some of their best memories from each location.

Now, the graphics for the 2020 schedule have been released by Feld Entertainment and the Daytona International Speedway. A few notes on the 2020 Monster Energy AMA Supercross Championship after details to the championship were announced last week:

Let us know what you think of the new tracks below in the comment section.