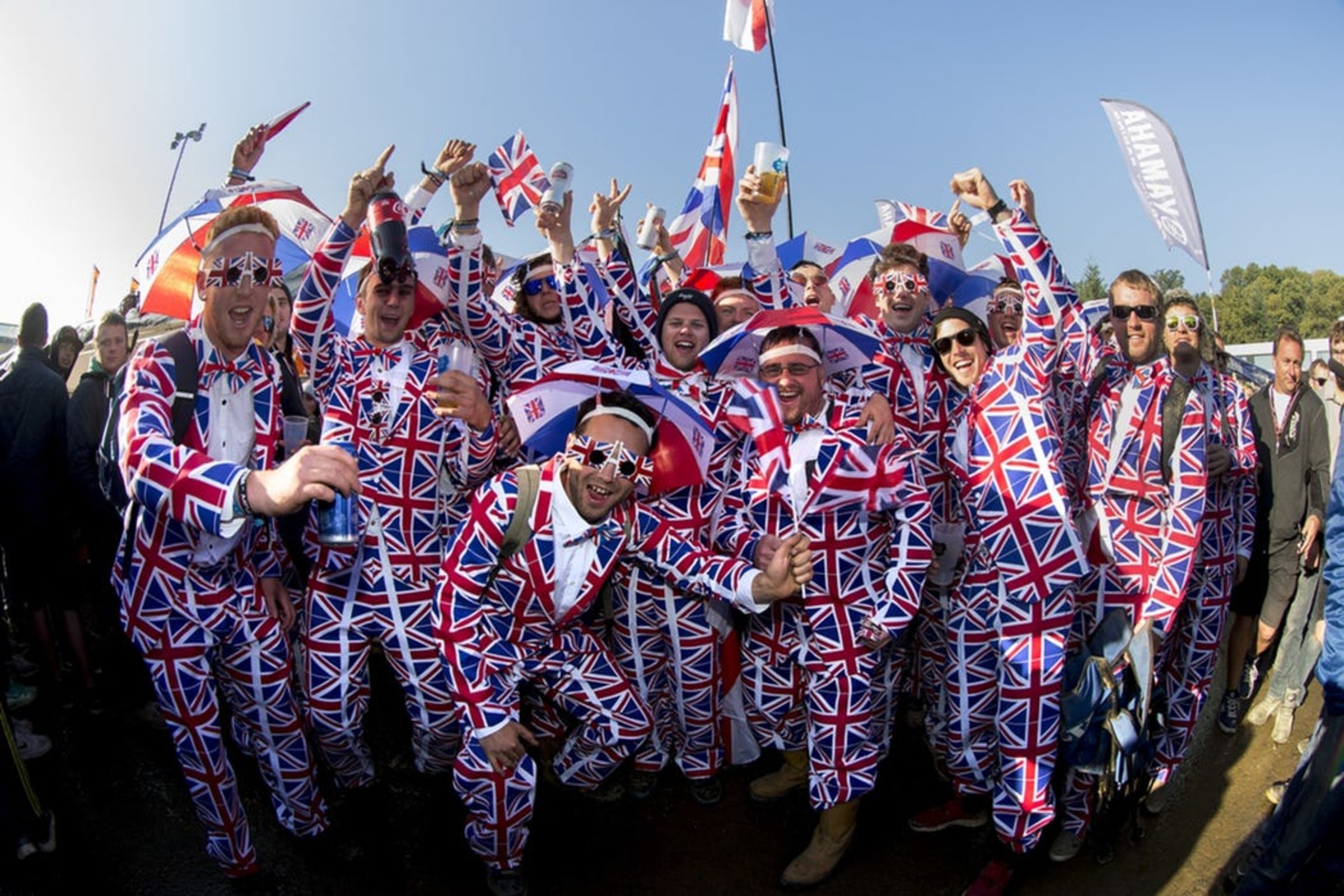 Attention readers: Jason Weigandt’s British Uncle spends most of the year sleeping, a requirement of his advanced age, but when opportunity to regain lost glory knocks hard enough to wake him, he quickly finds a notebook and feather pen, jots his musings, and mails them to us. As always, the man firmly has both aching feet entrenched on the European side of all arguments. Read and beware!

Oh ‘Ello! Lord Alfred Weigandt here, awakening from me hibernation for the annual Christmas/Boxing Day/New Years/Royal Wedding that is the Motocross des Nations. This year, the Dutch will host a special edition that I will refer to as the Tilt in the Silt, the Grand in the Sand, the Loft in the Soft. Or, as Team USA shall be referring to it, the Slicing in the Silica, and the Reach at the Beach! Ah ha ha! This shall be a splendid one, even whilst me own mates from Great Britain have been ravaged by injury. For shame, as we know Sean Simpson and Maximum Mad Max Anstie are sand specialists and also proven Trophy des Nations heroes. There is no doubt in anyone’s mind that this year’s race was shaping up as a clear win for the Brits, but you know what they say: racing can be a cruel mistress. And furthermore, a cruel mistress can be a cruel mistress. Ask me how I know!

So with the great Great Brits pummeled by injury, the focus shall shift deservedly so to the host nation, and as much I enjoyed ole’ Thorpey whipping up on Kees van der Ven in the grand days of 500 Grand Prix, the Dutch have suffered long enough and deserve their day. And what a day it shall be! The Dutch are so intent on winning this event that they 1). Are holding the event at their most storied racing facility, 2). Have the King of the Netherlands in attendance 3). Held Jeffrey Herlings back from the GP circuit in order to keep him fresh for this event. What a hero, this Jeffrey Herlings. He has to be credited with putting country above all, cedeing his World Championship in order to put a singular focus on this event. Nowhere is this concept more foreign than with the foreigners, namely the septic tank Yanks, whose champions chose to stay home. Not that I can blame Ellis Tomac and Adam Cianpoto. They might be weary from battle this year, but at least they haven’t been struck by a bullet! For their phsyche alone, it’s a fantastic move, and one I recommend to all top American racers in the future. Stay away! Stay very far away.

Alas for the Yanks, not all the riders have taken the advice. Instead, they have fallen into a deep trap. A sand trap, if you will! I deeply love and respect Zach Osborne for his choice to leave American racing and live in England so he can experience life in the proper manner. From that, the magnetic pull back to Europe is obvious, and Zach’s true north led him east to put down stakes in the Netherlands early. For that I can’t blame him. Same for his teammates, Jason Anderson and Justin Cooper Webb. Although I must say I’m shocked to see Webb return to this event, even more so to see him do it on a 250. Do you remember Cooper’s nightmare scenarios at Ernee in 2015 and Maggiora in 2016, struck through the heart by Romain “Empire” Febvre? It was grand and glorious and many theorize that such impacts set Cooper’s American 450 career back two whole years. The kids call it PTSD, but we know shell shock when we see it. It’s surely no coincidence that the moment Webb stops racing des Nations, he becomes the American Stadiumcross Champion. And yet, here he is, back at it, and even hopping on a Yamaha to further ring in the old times! Laddy, the good old days weren’t always good!

Of course, beach holidays are hard to resist, and so the Yanks chose to spend a month in the Dutch sand. However, this was the exact plan the European king makers had set in motion. They knew the multi-week break from the end of the American racing season to the des Nations would prove irresistible, as what dirt bike racer wouldn’t want to cap 30 weeks of racing with another month of training and riding in lovely Holland? Thus, here comes Jason Anderson and Zach Osborne and Justin Cooper Webb, working on their supposed sand technique. Haha! Are they unaware that sand riding is the polar vortex opposite of American Stadiumcross? The more laps they log, the further they venture from their silly X Games freestyle motocross techniques. Yes, boys, keep plodding through laps, keep adjusting your motorcycles for sand. Not only will this exercise prove futile against Herlings, so will your skills come California Stadiumcross in January! You can practically watch the stadiumcross skills falling through their fingers, like fine Dutch sand. By reducing the Stadiumcross skills of Anderson and Webb, the last two Stadiumcross Champions, the door is open for other great Stateside Europeans such as Marvin Musquin and Ken Roczen to finally claim the Stadiumcross prize! Silly boys, you don’t see Kenny and Marvin ruining their precious jumping skills in the sand, do you? Why do you think the French squad routinely leaves Marvin off the team? They’re preparing him to conquer Stadiumcross!

Oh, on second thought, how badly I wish Ellis Tomac had taken the torch and competed in this race!

You may believe it’s nonsense that time spent in Europe could ruin a rider’s jumping instincts. To that, I offer Anderson himself in 2016. After being gifted the good fortune of Herlings crashing, the American was well on his way to a surprise moto win. So, as the finish line jump approached, did he unleash a classic American cross up? No, Anderson had suddenly found his jumping instincts lost, and he instead rolled the finish line….only to be landed on by a flying Japanese rider! Oh how hilarious it will be to see Anderson, Webb and Osborne rolling jumps at next year’s Stadiumcross. Is it too late for Tomac to sign up for Team Puerto Rico?

Onto the obvious: The Dutch are in a prime position to finally win this one. Glenn Golden Coldenhoff took his riding to another level ever since leveling Team USA in the USA last year at Bud Red. Certainly the fastest we’ve ever seen a #259 go on a motocross track, he’s peaking at the right time, alongside Herlings, and plus the Dutch King will be in attendance. Much respect to the Monarchy for showing much respect for real royalty, which is Herlings, the Fastest King on the Planet (FKOP). And Herlings certainly will “FKOP” anyone who gets in his way!

It also helps to have the king on your side when you must make political moves, as in drafting Cal van der Vlaanderen to the team again. I believed myself a student of Dutch political history, but I was in fact unaware the Dutch still worked under the rule of the King until he declared he would be present at the event! Furthermore, a video has revealed the entire Dutch Royal Army has been drafted in support of the Dutch team! This is a tremendous strategic move, as Van Der Vlaanderin, the Dutch Zulo Warrior, was sabotagued via an eye injury last year. Most likely, it came from some American fans. This year, he will have military protection!

Oh what’s this? Anderson has rounded up his own gang to produce videos this year? Laddies, you should have come to Matterly Basin in 2018 and had yourself some Team Fried Fish and Chips. Me gets the feeling that Team Fried will get their own lesson in fried cooking, American-style, come 2020. All of his efforts in the sand this month will lead to his own undoing in American stadiums. And then, standing atop the podium and finally holding the number one Stadiumcross plate will be Marvin Musquin. As for Anderson, he can keep his buddies and their videos, however, they’ll just need a quick name change. All hail, Team French Fried!