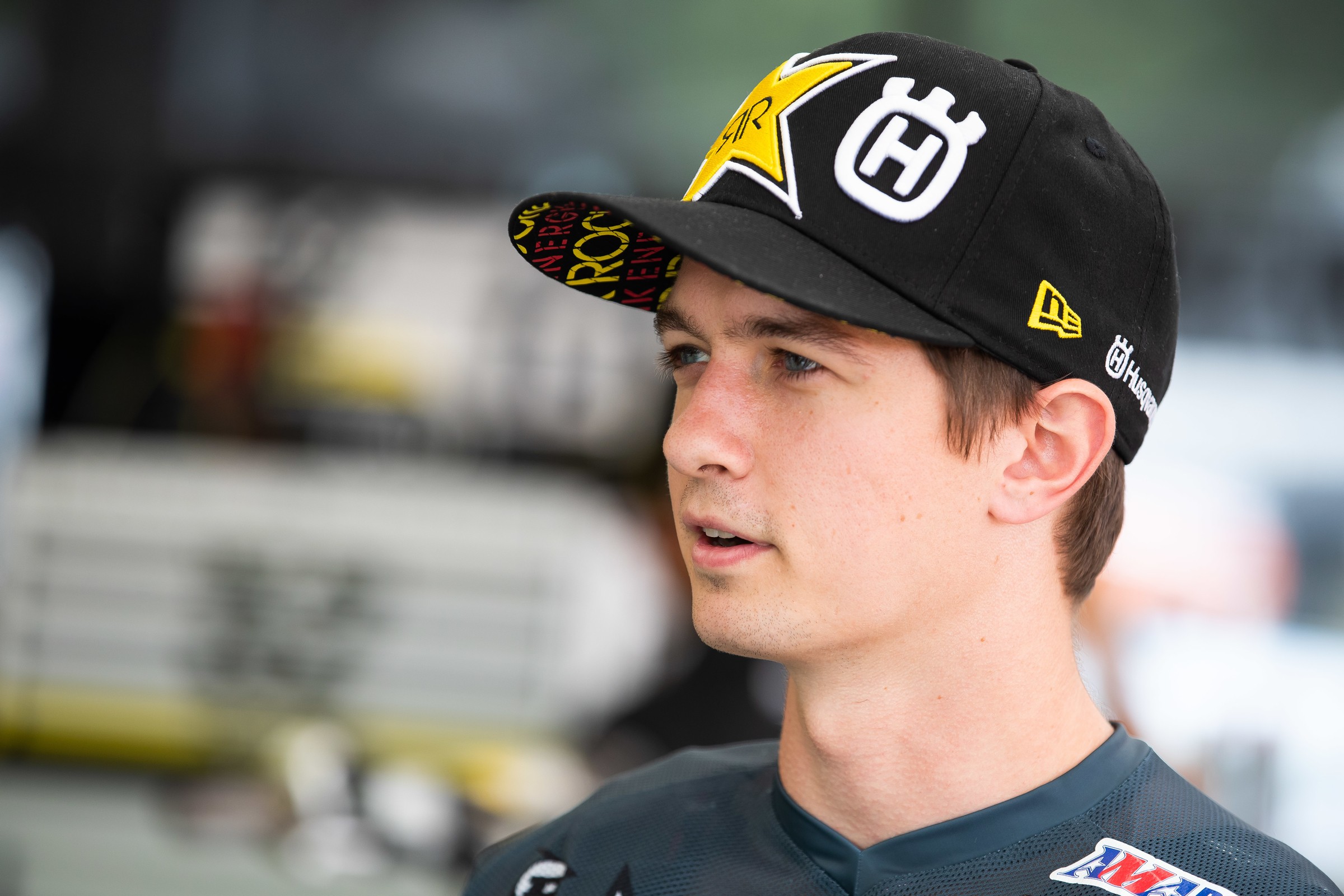 “Obviously, it was an unfortunate year career-wise, but in life in general, actually one of my best years.”

Thomas Covington has experienced both the highs and lows in this calendar year. The Rockstar Energy Husqvarna rider didn’t have the season he was expecting in his debut season racing in the Monster Energy AMA Supercross Championship. After he struggled early on and suffered a knee injury, he made the decision to sit out until the start of Lucas Oil AMA Pro Motocross. Covington continued to struggle through the first three rounds of Pro Motocross. Then, the going got worse—he was diagnosed with the Epstein-Barr Virus.

“Sorry I’ve been silent to everyone as to what’s been going on the last few weeks,” he said in an Instagram post following the Thunder Valley National in early June. “After seeing the doctor and having tests done this week, I’ve been diagnosed with Epstein-Barr Virus. I’ve been super tired and lacking strength for around a month now and really hit a wall last weekend in Colorado. That’s when I knew something had to be wrong. Doing everything I can now to be back to myself as soon as possible.”

While typical symptoms include a fever, extreme fatigue, body aches, and more, Covington knew the only way to overcome the virus was to rest. Recently, he was given the okay by doctors to return to his training program and decided to give it a go for the last two rounds of Pro Motocross.

Yesterday during press day, I caught up with Covington to talk about his year, his summer, and his expectations for these last two rounds.

Racer X: Obviously, supercross was a little bit tough. The first couple outdoor results weren’t ideal, and then this whole thing happened with the Epstein-Barr Virus. What have you been going through?
Thomas Covington: Yeah. It’s been a really tough year for me, as you can imagine, physically and mentally as well. Coming from GPs [the FIM Motocross World Championship], I had a lot of success there and had high expectations coming back here to the U.S. I think a lot of the fans did as well. Supercross we expected to be a bit of a struggle, and then I ended up tweaking my knee halfway through the season. Decided to just focus on outdoors. I think I was so focused and willing to do anything to be a contender in the outdoor championship that I just overworked myself and kind of put myself in a hole. After going to a lot of different doctors and a lot of different opinions, kind of sorting through everything, finally the only answer to get better was just to rest and let my body kind of naturally prepare itself and get my blood levels back to where they should be. About two weeks ago, a doctor from the Mayo Clinic gave me the okay to gradually start getting back into my training schedule. It’s probably a little soon for me to be out here racing, but I just couldn’t stand sitting on the couch another weekend, especially when I’m able to be on the bike now. I started riding last week. Got about five days on the bike. Just going to go out here and have some fun and enjoy riding the Husqvarna.

What’s the team’s support been like?
Obviously, it’s a really tough situation because it’s not like a broken bone where it’s like, six weeks, [then] you’re good to go. Really just have to feel it out and listen to the doctors on this one. The team has been super supportive all the way through. So I’m really thankful for it because I think a lot of teams wouldn’t be so understanding. Really fortunate to have Bobby [Hewitt, team owner] and these guys behind me. They’ve really stuck with me through this. Hopefully eventually I can get them some good results.

You got married. Congratulations on that. Everything you’re dealing with on the track, how much help was the support you got from your family? That’s got to be a little bit uplifting and kind of helped you through that, I’m sure.
Obviously, it was an unfortunate year career-wise, but in life in general, actually one of my best years. Me being out and having to rest gave us time to focus on the wedding and all those kind of things. That was just awesome. It’s a huge blessing. A little bit tough logistically getting Amy’s family over here from England. We just had a real small ceremony with my grandparents. Going to have a big wedding in England with her family later next year.

What are your expectations for this weekend? You’re racing next weekend as well, or does that depend on how the day here goes?
Planning to do the last two. No expectations, really. Just go out there and have fun on my dirt bike and enjoy every minute of it.