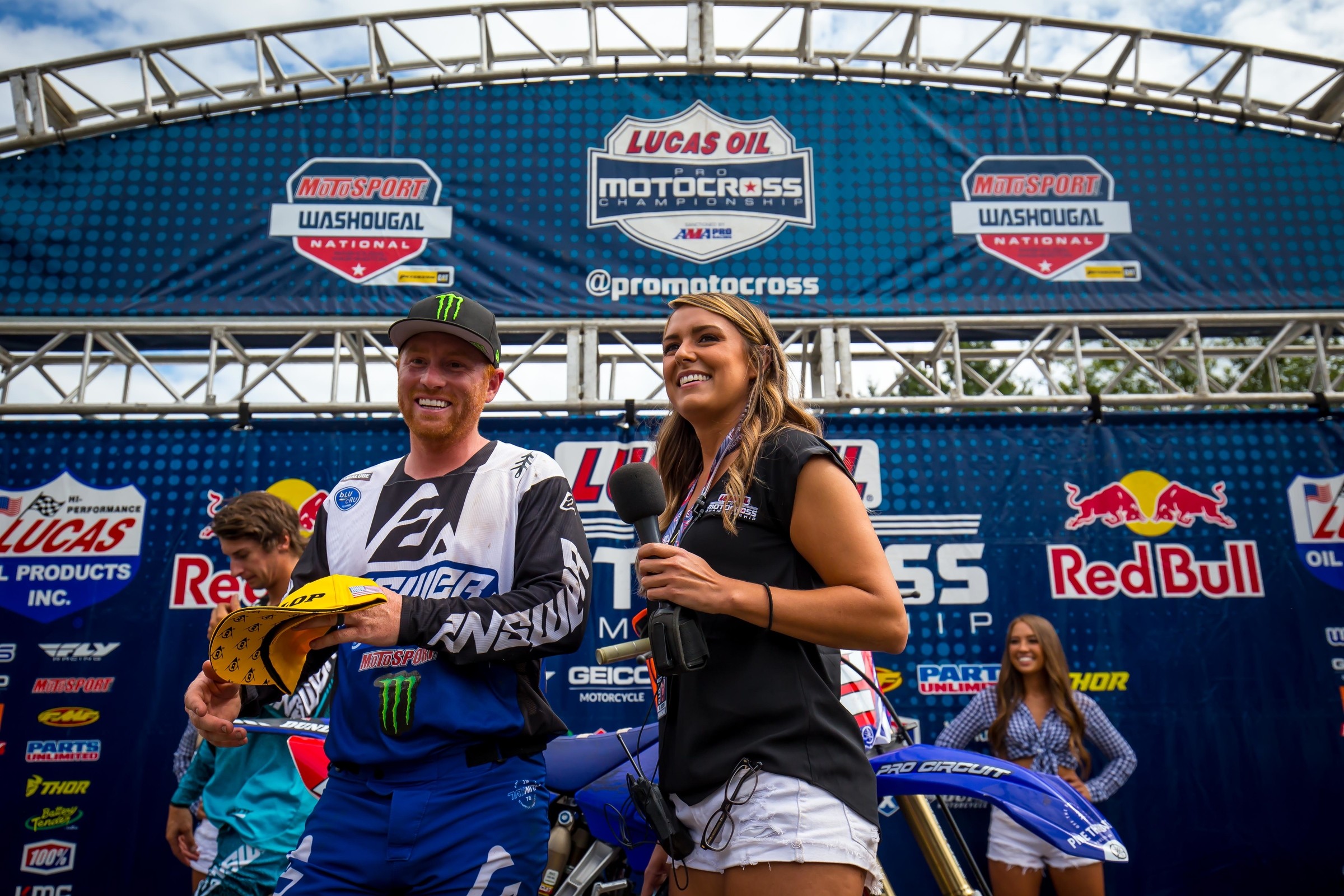 It’s been a busy summer for the 30-year-old Ryan Villopoto, one of the all-time greats in AMA Supercross and AMA Pro Motocross, one full of pit-bike races, 125cc All-Star races, and appearances all over the country as Yamaha’s racing ambassador. Now Villopoto is helping to organize and promote a couple of major Pacific Northwest races that have his name attached.

Racer X: Ryan, you’ve been a busy man, haven’t you?
Ryan Villopoto: Yeah, July and August have been very busy. It all really started around Washougal. The Wednesday before Washougal I started to drive up there and got up there on Thursday and did that [125 All Star] race. I was at my mom’s house for two or three days, and then I flew to Loretta Lynn’s. The RV Cup is about to start, and we’ll start bringing in people on Thursday, and that will run through Sunday. From there I’ll go back home for about six or seven days, and then it’s back up here for my dad’s race. That race will also be at Grays Harbor ORV up here in Washington.

Being a race promoter involves a lot of moving parts. How are you feeling about the races you have coming up?
I don’t know if the promoter part of me is that awesome at this point, but the track that we actually have is the track that I grew up riding. The lease came up for it a few years ago when I was still living up here, and I didn’t want to see it go away. Tracks, once they go away, they’re hard to bring back. We wanted to keep it around. We took up the lease for that and have kept it going and made it a lot better.

You’ve lined up for a number of one-off races this summer and done quite well. How’s it feel to get back on the race bike and compete, and with no pressure on you?
Yeah, we did Hangtown and Pala and we did Washougal with the 125 races. It’s just awesome, man. It’s a good time. It’s fun, but the most fun, actually, is just being at the races. Maybe not even the racing part, just hanging out and seeing people that we haven’t seen in a while is just awesome. Other than the Anaheim rounds and a few other West Coast races, I don’t travel to a ton of supercross rounds, especially East Coast races. So when the guys come back out west for Hangtown, it’s good to see everybody again.

I pretty much covered your entire racing career, and it was easy to see that you placed an extraordinary amount of pressure on yourself. It’s cool to see you at the races now and to see you enjoying it all so much.
Yeah, a lot of people I grew up with from 14 or 15 years old and on up, it’s pretty awesome to be able to go back and hang out with all those people. Now it’s just fun to be back doing that and being out there with no pressure.

It’s plain to see how much you love the sport in being present and giving back like you are.
Yeah, like I said, just being back at the races and being able to go there and just have a good time and being around those people that we don’t see as much anymore is awesome. I used to see them all every single weekend, 32 or 34 weekends a year. Now I don’t need to go or want to go to that many races, but when I do, it’s fun.

Your dad passed away around this time last year. It’s awesome that a Dan Villopoto Memorial Race is going to be held. Can you give us a little intel on the race?
It’ll be August 30 and September 1, so it’s coming up a couple of weeks from now. We basically have it so that practice will start around 9 a.m., and hopefully we’ll be done with everything by 3. We’ll have live music, and it should be a lot of fun. We’re also implementing a couple of minibike classes right now—50cc, 65cc, and 80cc. It’s all just for fun. Actually, we just implemented those minibike classes because there are a lot of people who want to do it. Initially, we had no minibikes because I wanted to make sure we were done racing by 3 p.m. I mean, this whole thing is about being a race that my dad would have thought about going and racing. As for him, it wasn’t like, “I’m going to go to a track and race and get up at 5 in the morning and be there until 5 or 6 at night.” He wouldn’t go and race that! So we’re going to make a quicker race schedule of it. One moto a day. One on Saturday and one on Sunday.

It's cool you’re doing it for your dad as well. He’s going to be smiling down on this whole thing, huh?
Yeah, it should be fun. It really should be fun.

What about the Lucas Oil AMA Pro Motocross Championship this summer? What’s your take on what’s played out thus far?
It’s been good, for sure. I’ve watched quite a few of them. It’s a shame the points gap is as big as it is right now, but it is what it is. I’ve been in that position. I’ve had big points gaps before, and as the guy racing, you love that. You don’t have to worry about anything. Yeah, it’s been good racing.

Anybody jump out at you during the racing these last few months?
Umm…. I’m trying to think. There has been some impressive and different races. I mean, I saw Eli [Tomac] at Washougal, and he crushed them there.

What’s your take on the USA Motocross of Nations team of Jason Anderson, Zach Osborne, and Justin Cooper? To my way of seeing things, at least these three want to be there when the gate drops at the Cathedral [at Assen, Holland].
I think we picked a good team. Obviously, it’s very bizarre that Kawasaki is just going to automatically pull out of the whole thing. But believe me, I get it. Sometimes it’s a headache to go do those things. I’ve done the Motocross des Nations four times. It is, sometimes, a headache. I think that Eli will look back at all this when his career is over and probably think he should have raced it. I know there are a lot of things I look back on and thought, Well, I probably should have done that differently. You only see that after you’ve been retired for a couple of years. You won’t see it right away, but you’ll see it afterwards.