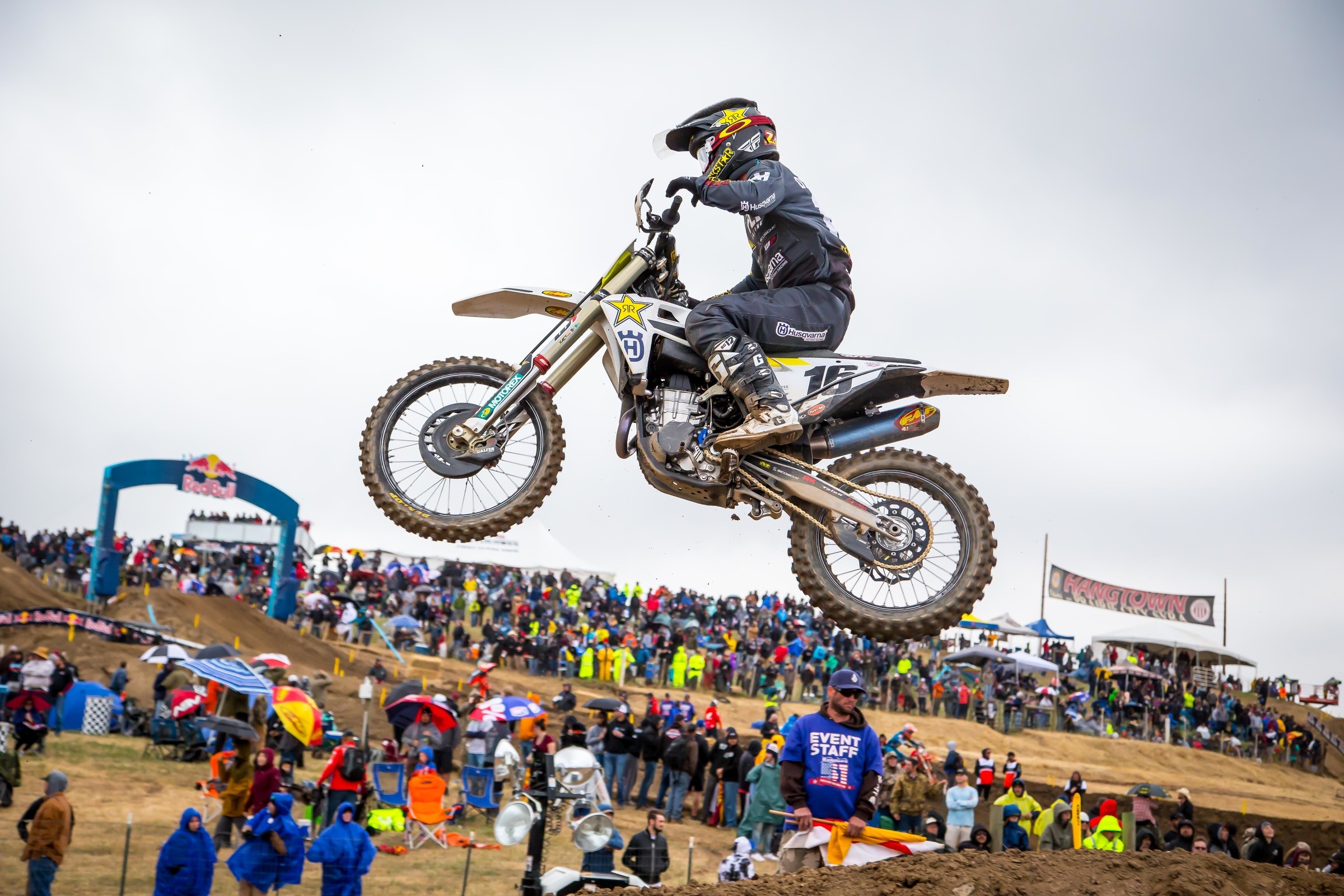 Between Ferris and Osborne

We start every new season talking of deep fields and stiff competition, but 2019 the Lucas Oil AMA Pro Motocross Championship 450 Class really has quite the cast of characters. Adding to this year’s mix are two newcomers to the premier championship. First comes Rockstar Energy Husqvarna’s Zach Osborne, who won the 250 Class title in 2017. Zach’s day at the Hangtown opener was good on paper—5-3 for fourth overall—but his riding was even better than that. Is Zach a legit threat for the title in his first big-bike season? Perhaps.

Australia’s Dean Ferris, meanwhile, decided not to return to his native series so he could come to the U.S. and prove his worth here. He raced the 2017 High Point National in the 450 Class, where he finished 2-14 for seventh overall. But that was one race: he’s taking a huge risk. A fill-in ride with Monster Energy Factory Yamaha helps, though.

We talked to both riders after Hangtown.

Racer X: Good first race!
Zach Osborne: Yeah, not bad. It was a solid day, 5-3 and fourth in the championship. I’m happy with it and my second moto was really good. I had a little silly mistake at the end of the first moto that cost me an overall podium. I fell from fourth to fifth right at the end. That was a bit of a bummer but other than that, a lot of positives.

What happened at the end of that first moto?
I think we were coming to the two-lap board and I came out of a corner back there, kind of gassed it and popped up a little bit, and when I went to gas it again it just came right around. It took me a second to get up, Eli [Tomac] passed me, and that was that.

Like you said, had that not happened you would have been on the podium, third overall.
Yeah, that cost me a podium, but I can’t be too bummed. I rode really well in the second moto after a first lap crash to get third, so I’m happy.

Take us through the second moto. I was watching you charge and I was wondering how high you were going to get and you just kept passing guys.
I got up to eighth and I was like, “Okay, that’s cool, that’s pretty good.” Then I got to fifth and it was like, “Dang, that’s really good!” Then those guys in front of me, I was closing much faster than I thought. I thought, “If I can get third right here, that’s going to be unreal.” So it was a really positive moto to end up third.

Is this how you saw your first motocross race on the 450 going?
Yeah. I’d like to say yes. You always expect the best and feel like you can run at the front, so, yes. But it definitely feels good to make it come to fruition.

What are the takeaways from a day like today when it’s muddy? Does it help with confidence or do you just move on to next week?
Yeah, of course it helps with confidence. It would be one thing if I was mired in 15th or not even close to the pace—I qualified sixth, which is fine. I’m happy with the progress I’ve made over the last few months with my injury. I have really positive feelings for the whole series and the position we’re in after one round. Like I said, if I was way down in the field you’d write it off and go to next weekend, but right now we’re solidly right there with those guys and I feel like I can get even higher once it gets hotter and rougher on the East Coast. And if there’s some more of this rain action, I’m happy.

Well you were mired back in the pack in the second moto. You just didn’t stay there.
Yeah, I don’t even know where I was when I came around on the first lap, but I was way back. It feels really good to have been able to claw my way through the field except for two guys and get to third place.

It was pretty slow for me, really. I was chasing settings through practice. As you know, I flew over here [from Australia] less than two weeks ago and have only had a little time to test. I didn’t get a really good start and just kind of worked my way through to 11th. I feel like I could do some more work on a few things. In moto two I get a better start, and it was a bit chaotic with the rain and the mud. I was there I think in seventh for most of the moto and could kind of see the guys there right in front of me. Then about halfway through I started coming undone and making a few mistakes. It was really slippery and technical and it was difficult to ride. We had a massive lead on ninth so, so I brought it home in eighth and salvaged a top ten for the day. We got a few points in the bag. It wasn’t a complete disaster and it wasn’t great. But we’re here and we’re definitely looking to improve week by week. I’m still excited and very fortunate to get this opportunity, and the boys are eager to make sure I’m comfortable. It was a last-minute call up, so I can improve quite a bit myself.

Racer X: Can you take anything away from a mud race like today?
Dean Ferris: Oh, yeah, for sure! I learned a lot from practice, and there are some things we can definitely improve. I got a lot out of this weekend. I’ve been in California before for practice and it was pretty smooth. But today it was really rough, it cupped up. That’s fine, I guess that’s what it’s going to be like most weekends. It feels good to come here and see where I’m at. 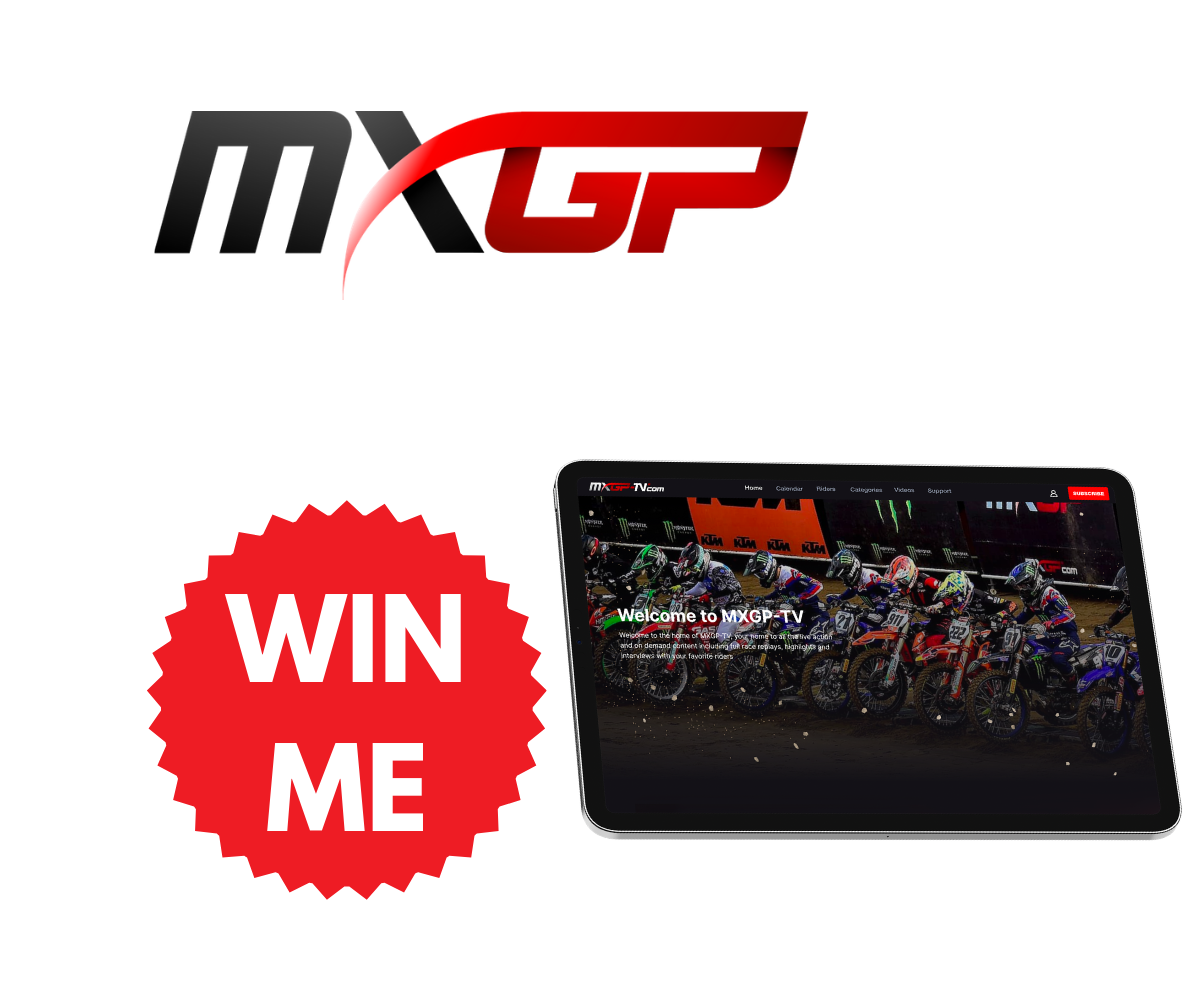 Talk a little bit about coming to the United States. It’s my understanding you had a good ride available in Australia and you decided not to sign in the hopes of making something happen here.
Yeah, I’m a three-time champion and have a good relationship with Yamaha there. I said, “Sorry guys, I’m not going to sign.” It was a three-figure contract and I was making number-one bonuses every weekend.

That sounds hard to walk away from.
Yeah, it definitely was. But I knew in my heart I wanted to come here to see how good I could be against the best. It’s a dream I’ve had since [I was] a little boy and I just took the plunge and stepped away against all odds of what was wise to do. I only got a call like a week and a half [ago] to come here, so I’m really glad this worked out.

So you were coming here no matter what, whether or not you had anything lined up?
Yeah, I was coming. I definitely was. It was August last year I told the team I wasn’t re-signing, and I’d been waiting since then. It’s been a bit of a roller coaster ride, emotionally. Sometimes you wonder if you’d made the right decision and other times it’s like, ‘”Screw it, I’m going!” No matter what I knew it would work out and I just stayed strong in my mind knowing it would work out. Thankfully it has.

Would you have just gone the privateer route?
I’m not sure. That’s where I was at two weeks ago. I was thinking in my head, logistically, “I don’t know how I’m going to do this,” but I’ll do what I can. Then Yamaha called. I couldn’t have done the whole series as a privateer though. I could have done a few races to see where I’m at, but I’m glad I didn’t have to do that.

What are the general goals for the rest of the season?
To keep improving. I think I showed back at High Point two years ago that I do have some speed.

Yeah, you were second in a moto.
Yeah, and I know I can be at that level. I’ll just be working on improving and getting closer to the front where I know I can be. That’s all I can do. I’ll just put in solid weekends. Twelve rounds, it’s kind of short compared to the guys who’ve been racing all year, but it’s still a lot of races. There are a lot of opportunities to do well and that’s what I’ll be looking for.