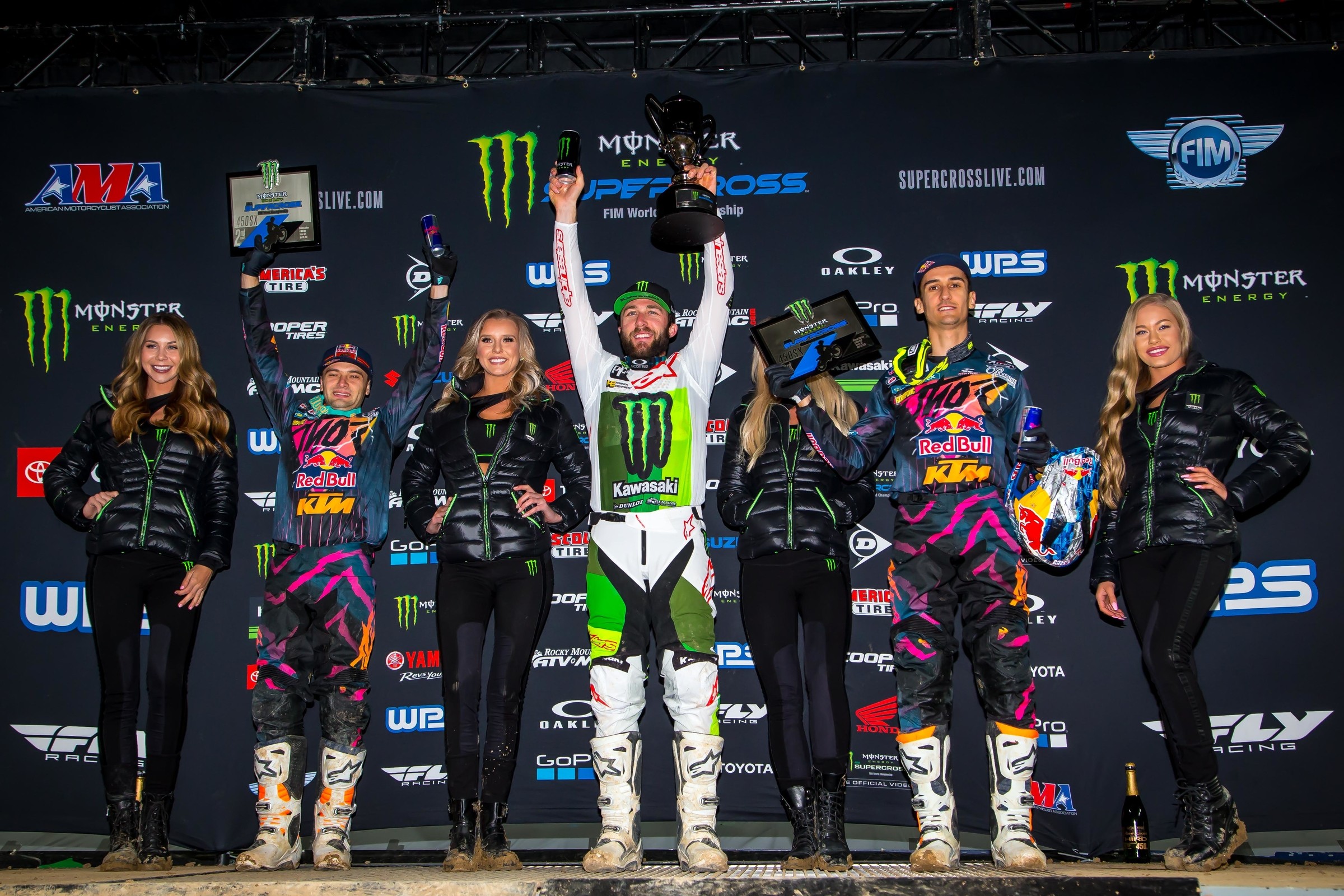 The Conversation Denver 450 and 250 Podium

Monster Energy Kawasaki’s Eli Tomac won his second consecutive 450SX main event on Saturday at round 15 of the Monster Energy AMA Supercross Championship. The Colorado native captured the win in his home state, as the series returned to Denver for the first time since 1996.

Points leader Cooper Webb came from behind to capture second over his Red Bull KTM teammate Marvin Musquin. Webb holds an 18 point lead over Tomac as the series takes next weekend off for Easter.

All six riders spoke with the media after the race: