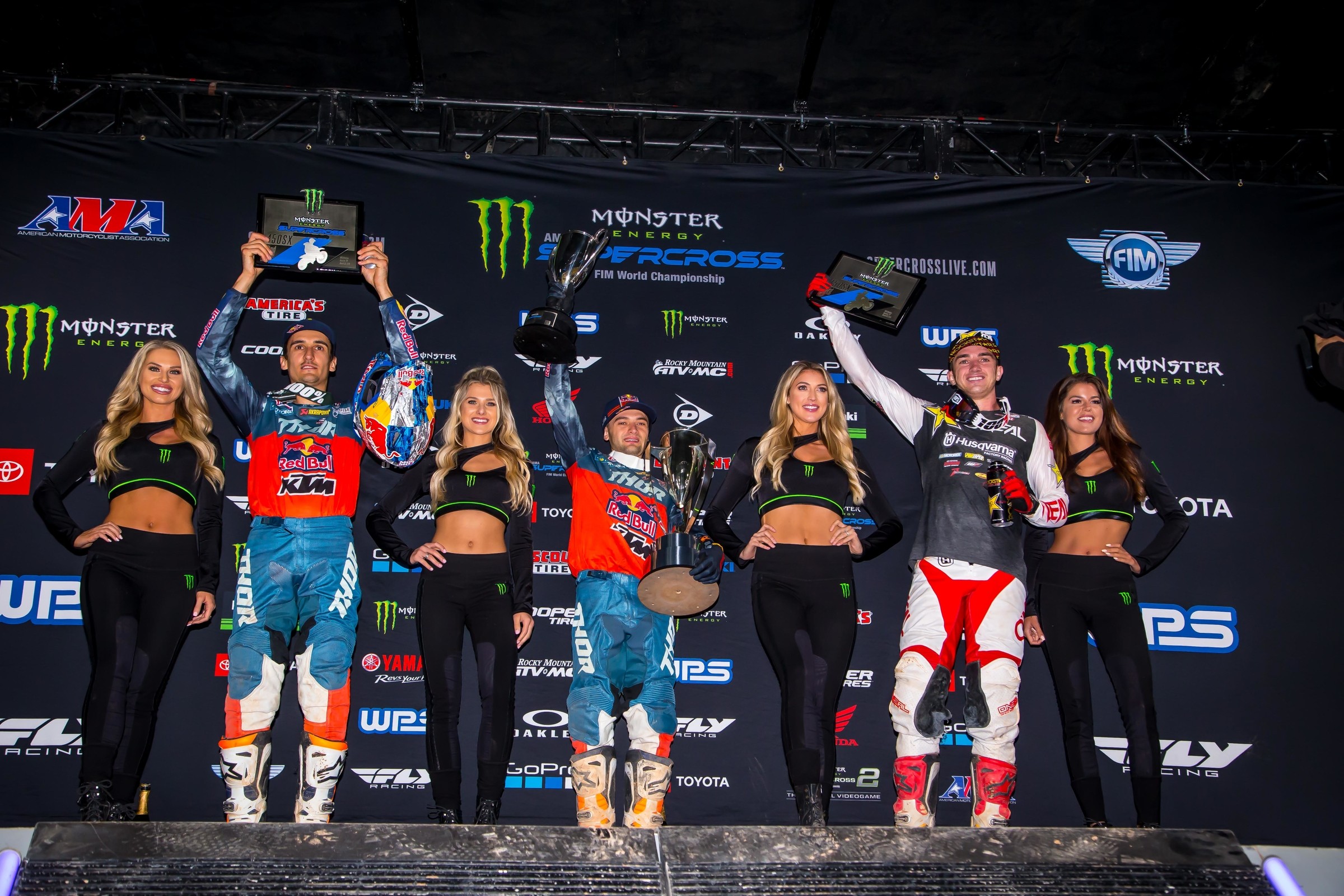 The Conversation Houston 450 and 250 Podium

On Saturday night, at round 13 of Monster Energy AMA Supercross in Houston, Red Bull KTM’s Cooper Webb picked up his first win since round nine in Atlanta to extend his points lead to 17 over teammate Marvin Musquin.

In the Triple Crown format, Webb went 2-1-3 to claim the overall. Musquin finished second with 5-3-1 finishes. Rockstar Energy Husqvarna’s Dean Wilson earned his first podium of the season with 3-2-5 finishes.

In 250SX West Region, Monster Energy/Yamalube/Star Racing Yamaha’s Dylan Ferrandis picked up his second straight win with 2-1-2 finishes. With a mistake filled night from points leader Adam Cianciarulo, who finished fourth, Ferrandis is now five points back in the standings.