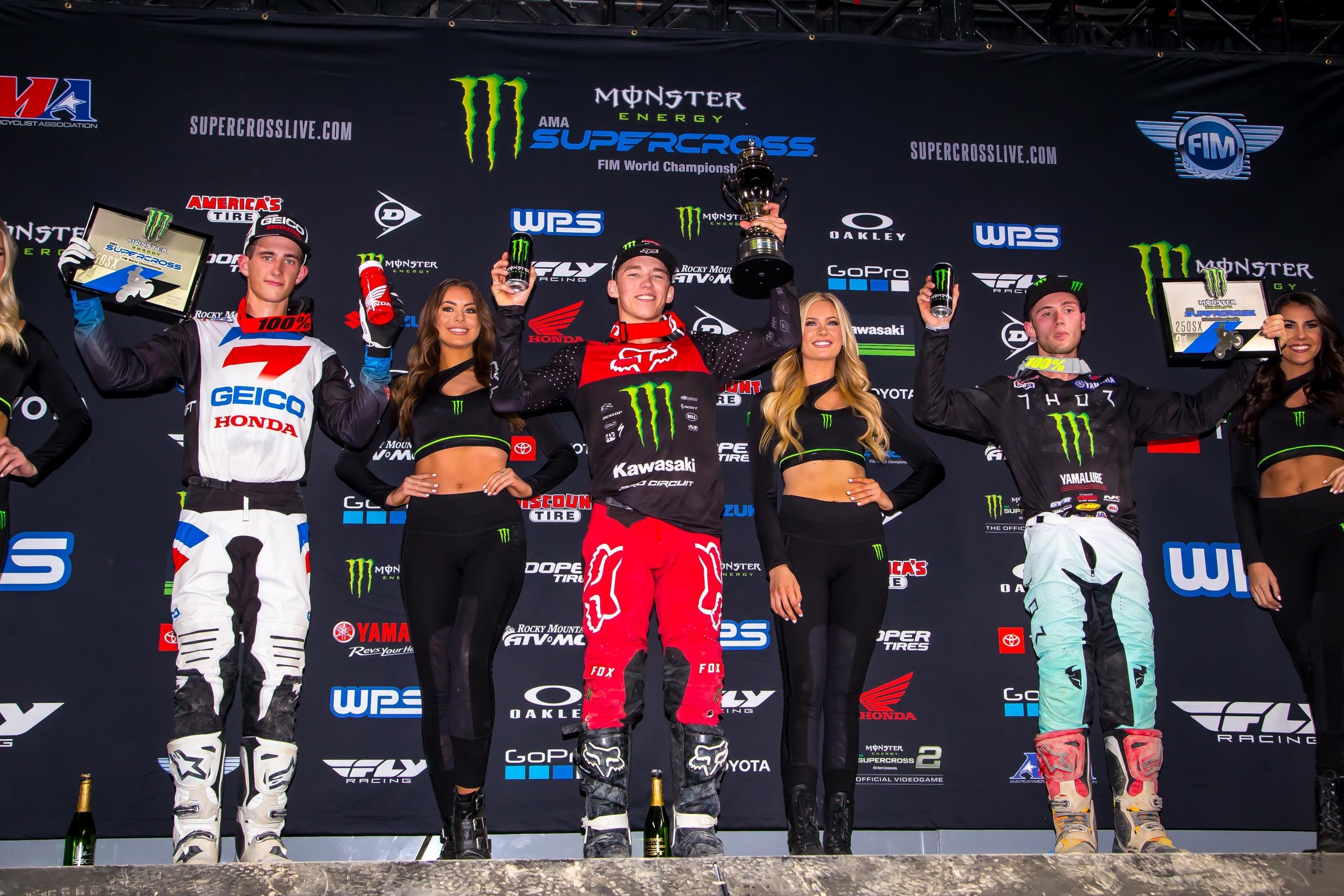 The Conversation Indy 450 and 250 Podium

Blake Baggett pressured Musquin for the majority of the main event and seemed poised for a second win on the season but couldn’t make a pass stick. Points leader Cooper Webb rode well to grab third.

No one in the East Region can stop Austin Forkner. The Monster Energy/Pro Circuit Kawasaki rider led every lap of the main event last night en route to his fifth win in six rounds.

Chase Sexton earned a second straight runner-up finish while Justin Cooper came from outside the top ten to grab the final podium spot with a pass on the final lap.