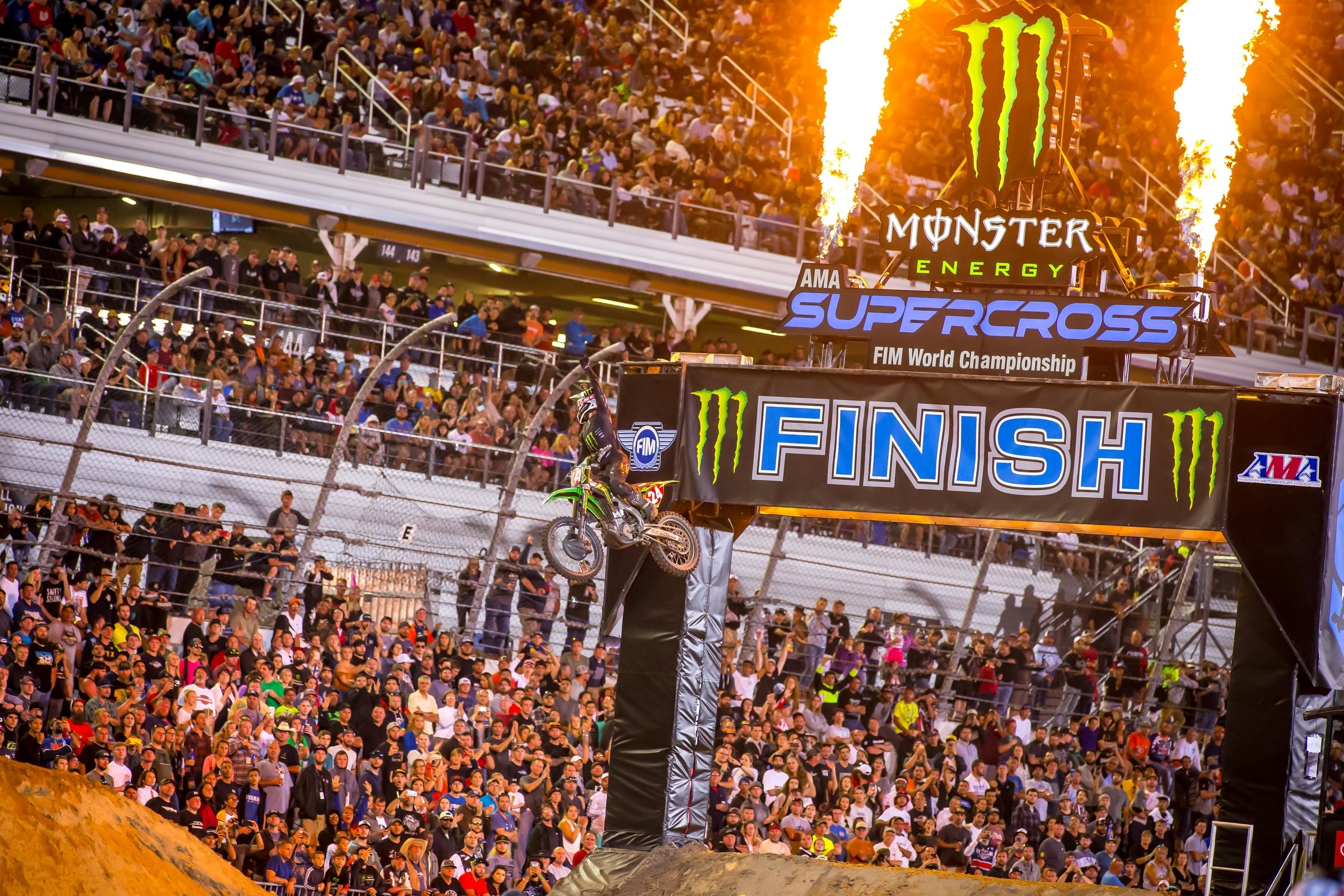 Monster Energy/Pro Circuit Kawasaki’s Austin Forkner continues to roll through the 250SX East Region. On Saturday at the fifth round of the championship, Forkner claimed his fourth win of the season to stretch his points lead to 23 over Justin Cooper and Chase Sexton.

GEICO Honda’s Sexton finished second for his best finish of the season. His second was his third podium on the year.

Monster Energy/Yamalube/Star Racing Yamaha’s Justin Cooper finished third to earn his third podium of the season. All three riders spoke with the media after the race.