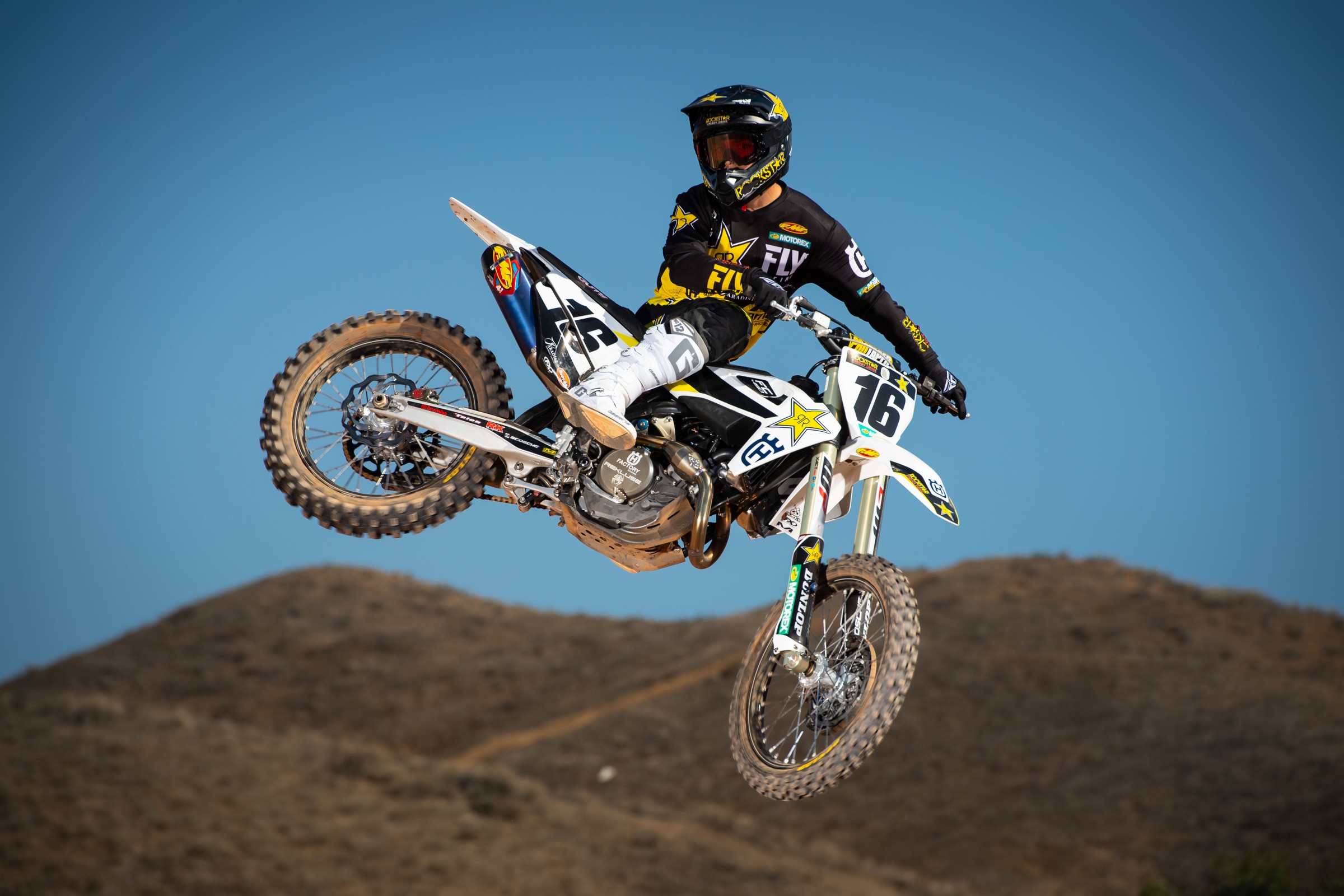 Comment: Jason Anderson is most likely out for the season after a practice crash resulted in a broken arm and ribs, lacerated liver, partially collapsed lung, and back injuries. He’s looking at being ready for Lucas Oil AMA Pro Motocross.

Comment: Osborne will make his 450SX debut in Arlington after missing the first part of the season with a collarbone issue.

Comment: Hill missed Minneapolis after taking a handlebar to the ribs in San Diego during practice and sustaining cartilage damage. He’ll be back this weekend in Arlington.

Comment: Peick has had multiple surgeries after a bad crash at the Paris Supercross left him in rough shape. You can help him in his recovery by donating to his Road 2 Recovery fund right here.

Comment: Raper broke his pelvis, a pair of vertebrae, and his nose in late November. There is no timetable on his return. Help him get back on track as soon as possible by donating to his recovery fund via Road 2 Recovery.

Comment: Tedder hasn’t raced so far due to nagging wrist issues. He’s had several surgeries and hopes to be back riding in about a week. An assessment to determine when he’ll race again will follow.

Comment: Stewart had surgery after crashing hard in Glendale. The team says he’s looking at a three month recovery time.

Comment: Ames suffered a compound fracture to his left radius and ulna before the season. He also dealt with compartment syndrome and is still fighting an infection in his arm. He’s not expected to race this season.

Comment: Craig tried racing in Minneapolis despite significant pain in his thumb, which he fractured during the off-season. It didn’t go well and Craig will miss Arlington. A decision on whether or not he’ll race Detroit will be made at a future date.

Comment: Lawrence injured his collarbone roughly two months ago. He had planned on racing in Minneapolis but a crash roughly two weeks beforehand ruled it out. There is currently no timetable on his return to racing.

Comment: Martin crashed during practice in Minneapolis. He has a small fracture in one of his ribs, as well as compression fractures in two of his vertebrae. He’s getting an MRI to determine whether or not the back injuries are old or new. They’re the same vertebrae he “broke a long time ago” and he suspects it’s an old injury. He plans on toughing it out in Arlington.

Happy to be somewhat okay from this nasty crash in practice Saturday. Cross rutted up the face and it sent me into an endo. Tried to race but just couldn’t do it. My ribs, back, and neck are really sore. Going to get it checked out tomorrow, but as of now, the plan is to take it easy this week so I can be healed up for the race in Arlington this coming weekend. @teamallsouth @supercrosslive @nbcsports @mx.failsig @mxfails

Comment: Merriam has been dealing with a back injury that wasn’t healing. There is not an exact timetable for his return.

Comment: Redman crashed in the 250SX LCQ last week in Minneapolis. He escaped with just a few scrapes and is good to go for Arlington.

Fought hard to put myself in a great position to qualify for the main event and then blew it. Luckily I was able to get up with just a few scrapes. Dallas next weekend ☠️ I appreciate everyone checking up on me, just part of the sport. #mx #moto #sx #supercross #motocross #prosupercross #dirtbike

Comment: Shaw went down in the 250SX LCQ and got run over twice. Somehow he escaped injury and was back riding on Monday. He’s in for Arlington.