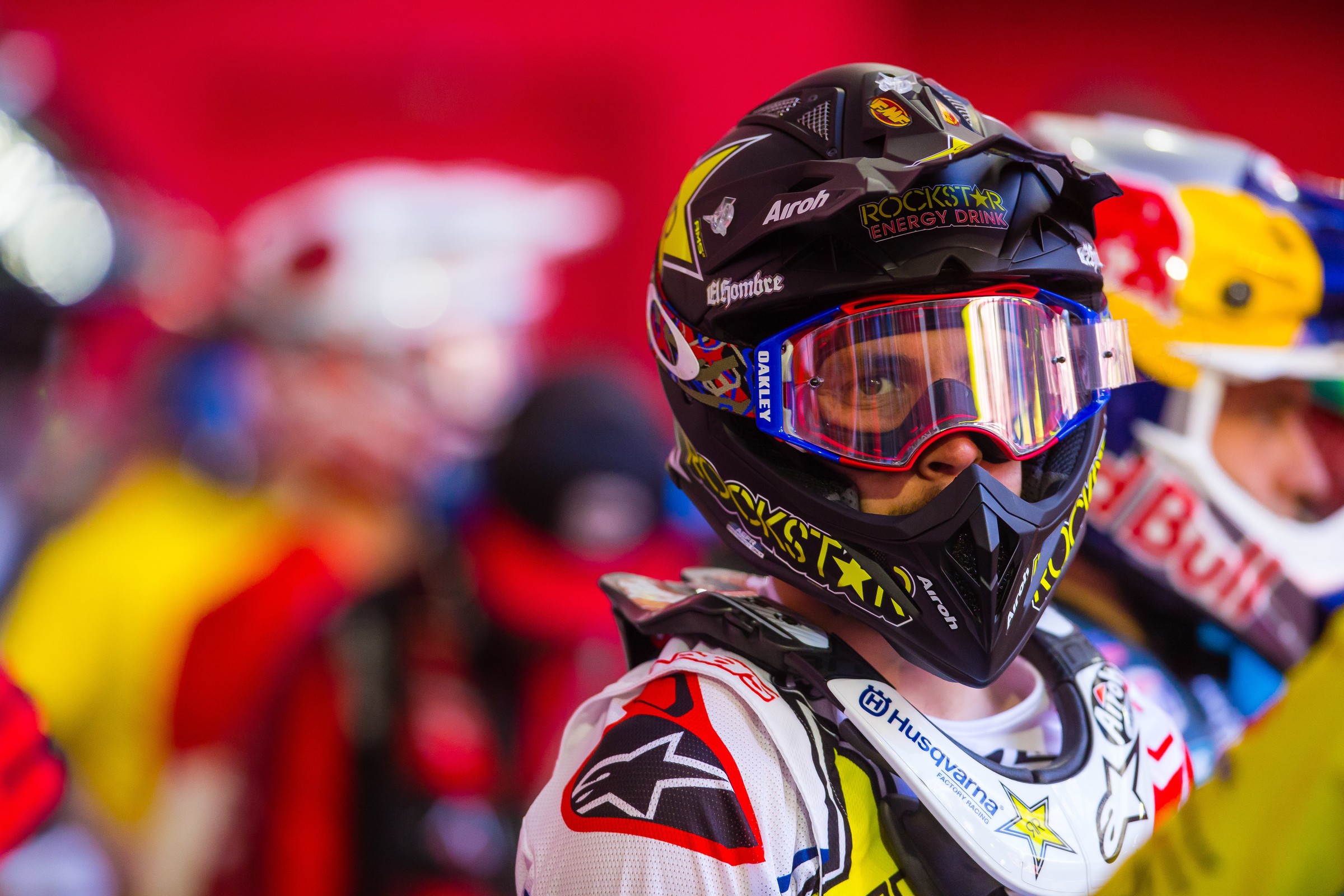 If you didn’t catch Breakdown from Anaheim, we changed the format a bit this season. The Racer X staff will pose some burning questions from the weekend and I'll take my best crack at them. All of these opinions are my own and usually in stark contrast to anything Steve Matthes would believe.

What did you see different in Anderson?

In a word, everything! He was fast, aggressive, confident, and moved forward instead of backwards. I keep hearing that he wasn’t injured this off-season and he was fine for Anaheim 1 but I see so many reasons to believe he suffered some sort of setback in December. He looked off in every aspect at Anaheim; he was rolling the jumps at one point! I understand being nervous, but he wasn’t even jumping basic combinations when everyone around him was (even in the mud).

He looked to be a different person over the weekend. I believe he was the fastest guy (with a nod to Ken Roczen and Blake Baggett) but his fitness was clearly lacking in the waning laps. We didn’t see any sort of late lap fitness issues in 2018. In fact, he was one of the strongest riders at the end of main events. Struggling late in the race leads me to believe he missed some training time. I don’t know if we will ever get the truth (probably on Sunday in Vegas), but I still think something set him back and we are seeing the ripple effects.

The progression of Blake Baggett in SX

I was one of Blake’s biggest critics when he moved to the 450 class. He is an incredible rider, but I just didn’t think he would rise to the top in 450SX. For the first year or two, I was right! He wasn’t able to match his elite level of outdoor racing. More recently, though, he has really figured it out. Thousands of laps, working on technique, studying videotape, and sorting out what he needs from his motorcycle have all turned him into a serious supercross threat. That improvement led to podiums over the past couple of seasons but that elusive win still waited. Well, wait no more.

Saturday night’s Glendale win was impressive on many levels. He moved forward to get the win, passing the defending champ and runner up along the way. He showed his fitness prowess (is that a term?) by dropping the hammer the last few laps when Anderson was forced to signal “no mas.” Whether this turns into winning regularly or is an anomaly will be proven out in time, but his improvement and relevance in 450SX is now undeniable.

I love it! I hate the fact that we need some sort of serious mishap to cause one but the concept is great. There are so many main events where the leader checks out and with it, the excitement and unpredictability. Bringing the group back together (at half-way would be my suggestion) changes the whole dynamic. A bad start could be minimized and fans would be sucked right back in. I don’t think this EVER becomes reality but similarly to the Triple Crown idea, I am ALL IN.

Can AC keep this going?

I think Adam will be the fastest rider each weekend. I don’t know if that will translate into a win each weekend, but he has the talent to make it so. The only person I see fully capable of stopping Adam is Adam himself. This is his year if he can stay out of his own way. I loved what I saw from him in Glendale. Great starts, perfect laps, easy win. That’s how he would draw it up every Saturday.

What went wrong in the Mookie crash?

Mookie is an absolute monster in the whoops. I have watched him consistently go faster than everyone else through them for years. Unfortunately, going so fast through them comes with big risk. If you miss a whoop, things can get out of hand very quickly. The Glendale whoops were really slippery and the heights varied. That means riders were spinning off certain whoops and getting bits of traction on others. They were also catching differing angles from whoop to whoop depending on how tall they were. All of that leads to inconsistency and a high chance of mistakes.

So, as Mookie came flying into the whoops as he always does, a small mistake could turn into a big mistake very easily. Just past halfway through the whoops section, his rear tire missed the top of a whoop and that ruined his rhythm. That forced his front tire to drop between whoops and his forks and shock to compress, violently rebounding him over the bars. Whoops are best ridden if the suspension compresses very lightly, staying on a level plane the entire way through. That super deep compression is ALWAYS a bad thing and was enough to send Mookie flying over the bars and into the next take-off.