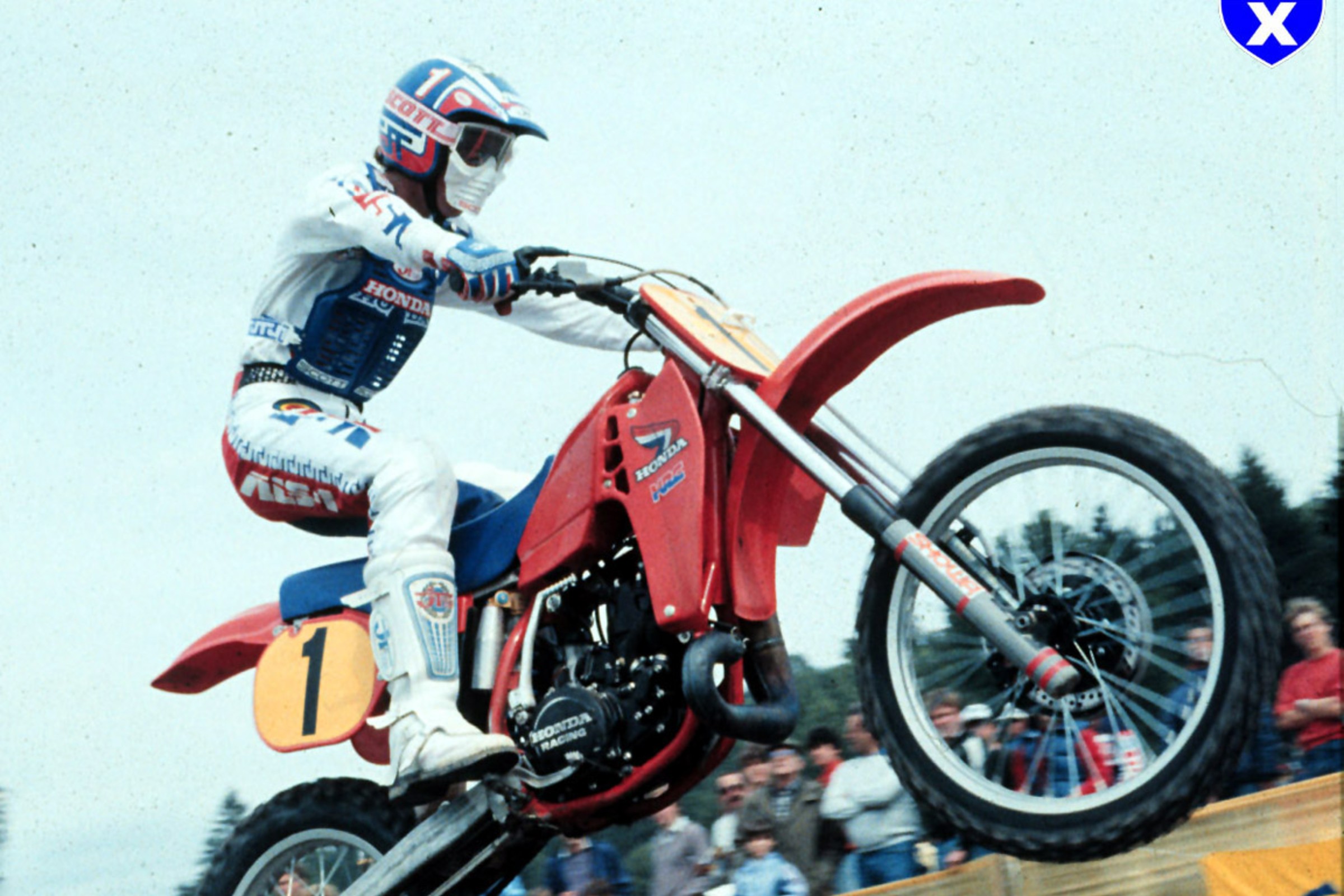 On This Day in Moto December 31

The 1989 Florida Winter-AMA Series opened on the last day of 1988 at Gatorback Cycle Park in Gainesville, Florida, and Team Yamaha's incoming rookie Damon Bradshaw cleaned up with 1-1 scores in the 250 pro class. Among the field behind him were a couple of Hall of Fame veterans in the twilight of their careers, Bob Hannah and Mark Barnett. Hannah was still a Suzuki factory rider while Barnett, who actually quit racing in 1985, came back for a few races with TUF Racing Suzuki. The 125 Pro class winner was John Kitsch, while Fred Andrews topped the 500 pro class.

Happy birthday to the Icon himself, David Bailey. The all-time great in American motocross and supercross was born on this day in 1961 in San Diego and would go on to have an AMA Motorcycle Hall of Fame career. Later, he would become a television color commentator as well as an Ironman Triathlon legend.

And we will end this year-long project known as the Monster Energy On This Day in Moto the same way it began 365 days ago: with a photo of Jeff Emig with two broken arms after a New Year's Eve '99 crash while getting ready for Anaheim, which ended his supercross comeback before it ever started. Emig, the former four-time AMA Supercross and Pro Motocross champion, was planning on riding an FMF Yamaha YZ250 on his own team before the crash ruined his plans.

Thanks to Monster Energy for sponsoring On This Day in Moto, thanks to the Cycle News archives for being such a rich source of material, thanks for the support in posting from Chase, Andrew, Mitch, and Abby, and thanks to everyone for reading! You can read every entry here. Happy New Year!