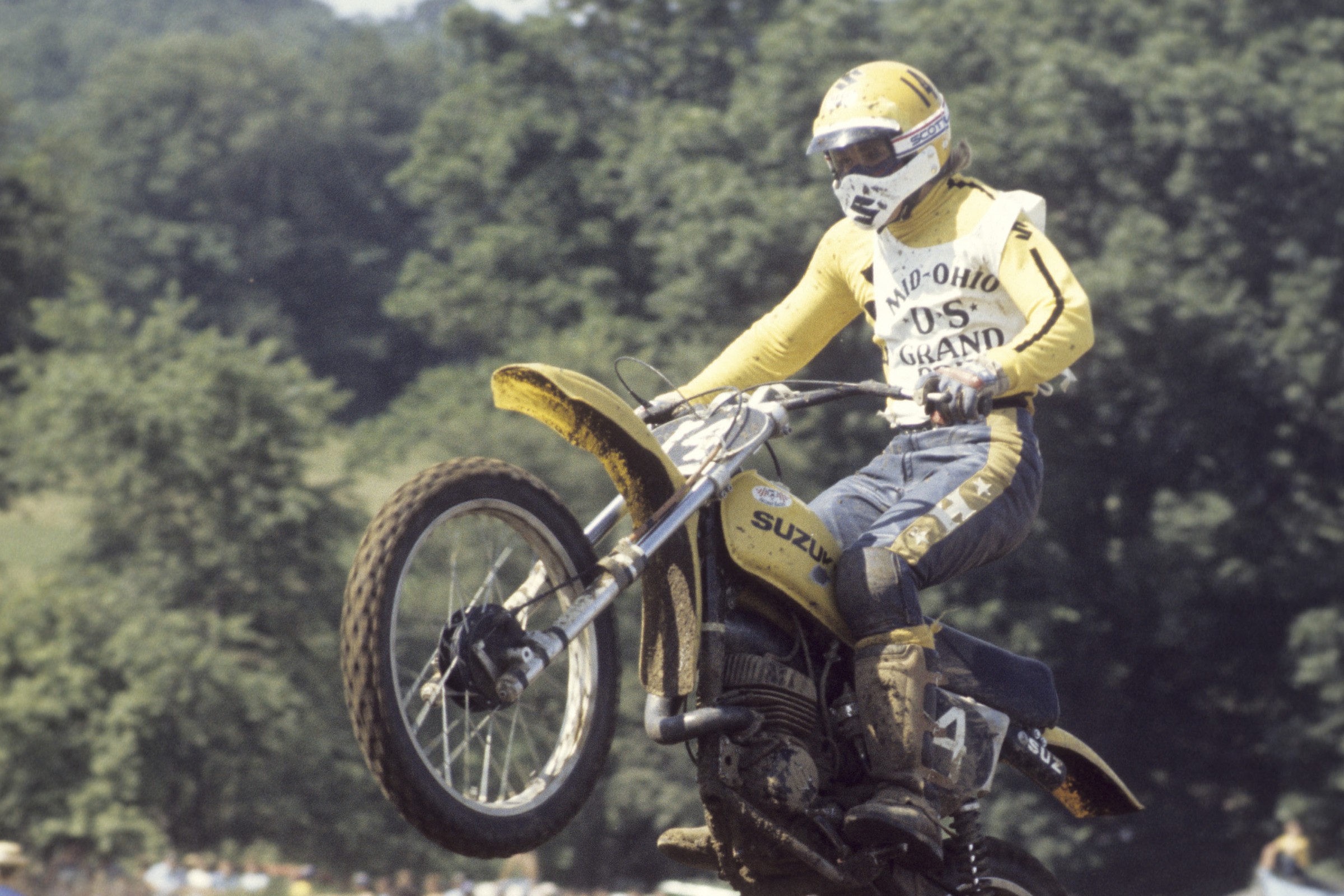 On This Day in Moto December 3

At Angel Stadium in Anaheim they are putting the finishing touches on the King Kong Jump, a moto masterpiece of scaffolding and dirt that might have been the single biggest jump ever built in AMA Supercross history. Cycle News' reporter Jody Weisel broke it all down for this special preview on the first official AMA Supercross at Anaheim, which would take place on December 4, 1976. But Anaheim held an "American Motocross Championship" the year before, won by Suzuki's Tony DiStefano, but the race was only a one-off and not part of any series.

Today is Danny LaPorte's birthday. He's an AMA Motorcycle Hall of Famer who rose to prominence as a motocrosser in Southern California in the mid-seventies, became the 1979 AMA 500cc National Champion while riding for Team Suzuki, and then joined in with his Honda teammates Donnie Hansen, Johnny O'Mara, and Chuck Sun as Team USA and shocked the world at the 1981 FIM Motocross and Trophee des Nations. One year later he became the FIM 250cc World Motocross Champion while riding a factory Yamaha.

And then after motocross, LaPorte would became a highly successful desert race, winning both Baja races and stages of the notorious Paris-Dakar Rally. In 1982 he was named one of Cycle News' Riders of the Year. And to this day he still absolutely hauls ass on a motorcycle.

It's the first night of the Paris-Bercy Supercross in France and Kawasaki's Jeff Ward will take the night's win, but in the end it will be Honda's David Bailey who wears the King of Bercy crown. Unfortunately, no one could have known at the time that it would be Bailey's last big win, as he would suffer a life-changing, career-ending back injury in January of 1987.

Ake Jonsson's dominant run through the 1972 Trans-AMA Series finally comes to end with a win at the last round of the series at Saddleback Park near Orange, California. It's Jonsson's ninth consecutive win in the series.

Also, Kawasaki's "Bad" Brad Lackey finishes the series as a top American, and given the points added from the Trans-AMA Series to the new AMA National Series, Lackey is the new AMA 500 National Motocross Champion. His main sponsors, Kawasaki, gives him an unprecedented $5,000 bonus.

A Molly Blu ad for Brad Lackey and Marty Tripes, as well as a Torsten Hallman series ad for Jonsson and Lackey...

That last race of 1972 had one other point of interest. Finishing deep in the field, and 14th overall in the list of Americans, was a man named Gene Cannady of Canoga Park, California. Cannady was better known as a desert racer, but for the Saddleback Trans-AMA he lined up on a Honda XL-250-framed motorcycle with the engine swapped out for a 350cc single. His 14th place finish marks the first result ever in SX/MX for the Honda brand.

One year later Honda would introduce their game-changing CR250M Elsinore and Gary Jones would win the AMA 250cc National Championship aboard the new model.