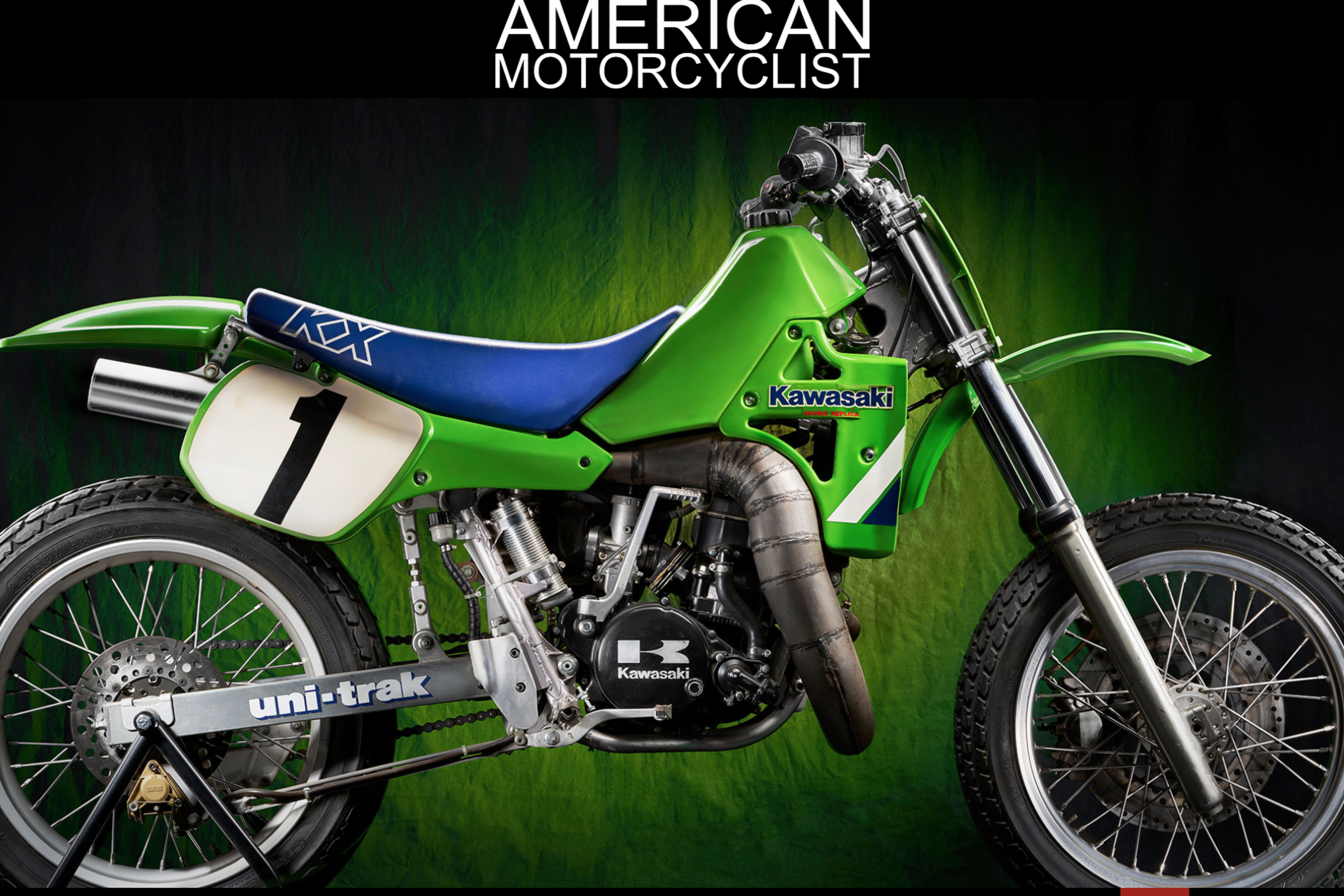 On This Day in Moto October 28

In what will turn out to be the last major win in his AMA Motorcycle Hall of Fame career, Texas legend Kent Howerton, the "Rhinestone Cowboy" himself, wins the ABC Television/Nissan Superbikers competition at Carlsbad Raceway aboard a big-bore Kawasaki. Howerton, 30 years old at the time and a multi-time AMA National, Trans-AMA, and Trans-USA Champion, topped a bunch of fellow motocross legends in the hybrid MX/road racing/flat track event (what we know as Supermoto today). Howerton was followed by Yamaha's Rick Johnson and Broc Glover, as well as Honda Support rider Danny "Magoo" Chandler. It was Howerton's second win in the event, the first coming back in 1979.

Here's a feature on the works motorcycle than Howerton rode that day to win the Superbikers.

That same afternoon over at Indian Dunes, Yamaha's 15-year-old sensation Eddie Hicks was once again dominating the minicycle ranks at the last round of the 1984 CMC Trans-Cal Series, to no one's surprise. But what was surprising was the fact that Hicks and Yamaha factory support rider Jim "Hollywood" Holley, who won the 500 class, were riding on the 1985 YZ pre-production bikes, which for the first time were white, not the yellow color Yamaha's in America were made with since the early seventies. For the next decade Yamahas in America would be white, before changing again (this time to blue) in 1996.

The ageless German hero Adolf Weil wins the Trans-AMA at Orlando Sports Stadium aboard a Maico, followed by recently-crowned 250cc World Champion Hakan Andersson and Suzuki's Sylvain Geboers. The top American at the sandy track was sixth-place Brad Lackey aboard a Kawasaki. At this point no American had ever won a Trans-AMA race, but that was about to change one week later in Texas.