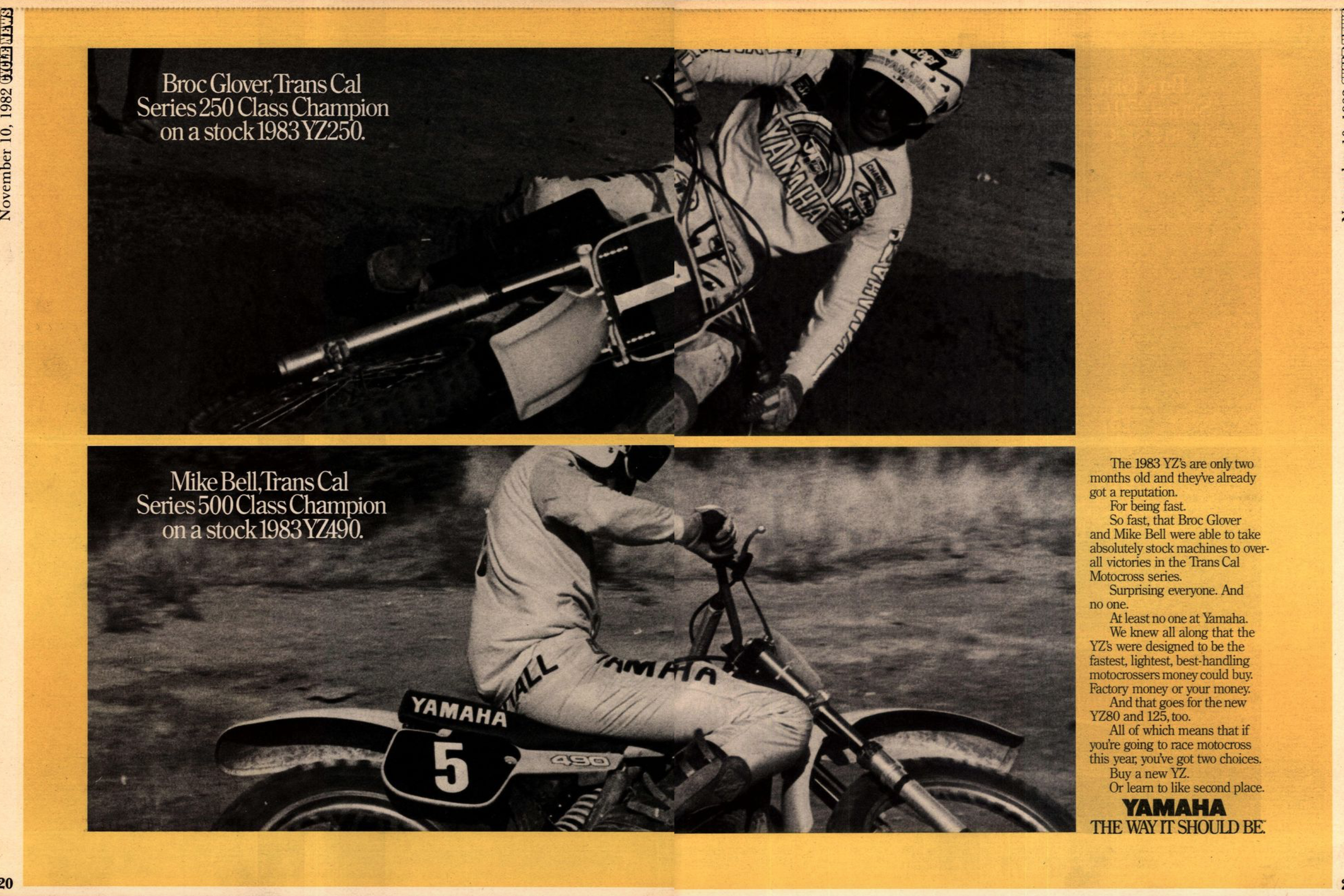 On This Day in Moto October 24

How's this for a win ad? Bultaco celebrated Gary Bailey's successful 1971 season with an advertisement pointing out that the one and only time his motorcycle failed to finish a race was the October 24, 1971 in Memphis, Tennessee. He finished 63 other starts, winning 43 times!

That same day in Delta, Ohio, Husqvarna rider Heikki Mikkola topped the Trans-AMA Series, giving him two overalls in a row in the international 500cc series. The top 15 riders were all Europeans. The highest placing American was 16th place finisher Tom Rapp.

A tough day in the history of American motocross. Rain swamped St. Peters, Missouri, making the track almost impossible—especially in the second 250cc Support moto, which only 17 riders even started. The whole pack literally ground to a halt in one particularly muddy section that could not be detoured or rerouted like other parts of the track had been. Honda rider Rich Eierstedt was one of only four riders to complete the first lap, and when he got to where all of the other riders were blocking the track, he find a hot line on the ledge beside the fence and above the deep mud. When he was the only rider to come around for a third lap, AMA referee Ron Denny black-flagged the race. Only the first moto would count in the results, which meant Can-Am rider Bobby Harris was the winner, followed by Steve Wise and Denny Swartz.

The muddy St. Peters raced came off better than the one did two years earlier. That's when promoter Edison Dye, the man largely responsible for bringing motocross to America as the Husqvarna distributor who dreamed up the Inter-Am Series back in the mid-sixties, decided to cancel the race rather than run it. The teams and riders were all there and fans were buying tickets and coming into the front gate. All were understandably livid after trying to convince Dye to go ahead and run the race. He was quoted by Cycle News as saying, "If I cancel the race I will lose $10,000 but I will lose $20,000 if we do race." The AMA, long at odds with Dye, sided with the riders and effectively banned Dye from ever promoting another race.

"If telephone calls into Cycle News are to be believed, Dye would do well to make himself scarce in Missouri," wrote the editor of the weekly newspaper of the whole controversy.