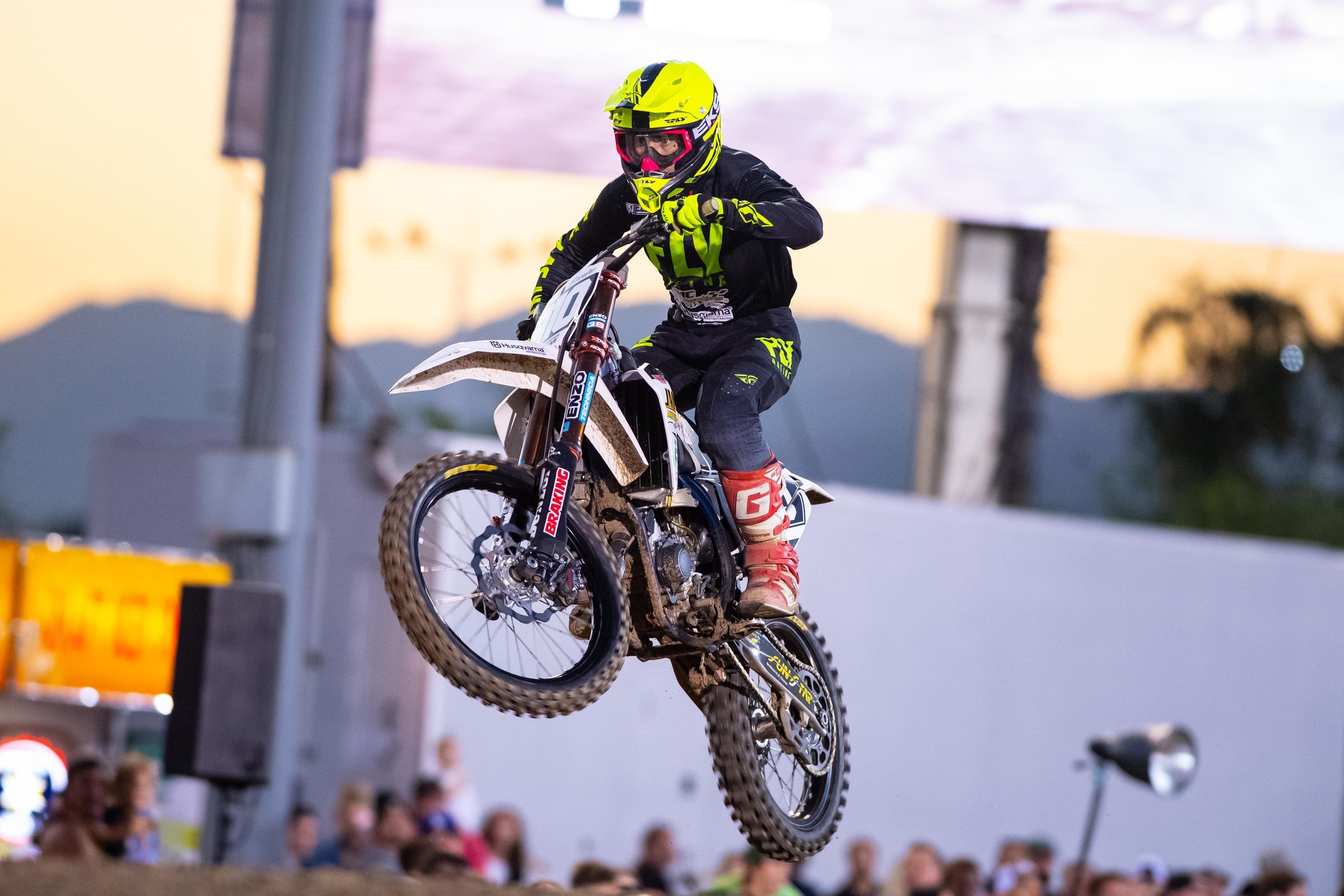 Carson Brown quietly jumped into the professional ranks in 2018 with some national rides for the Phoenix Racing Honda team, but he’s made a bigger name for himself away from the pro-level four strokes. It was Brown who won the big 125 Dream Race at halftime at Washougal a few years ago, it was Brown who was part of Team USA’s win at the Pit Bike of Nations at RedBud, and it is Brown who took the first-ever 150 class win at Red Bull Straight Rhythm over the weekend. Riding on a JMC Motorsports Husqvarna, Brown showed his two-stroke skills haven’t faded one bit, edging out AJ Catanzaro in the finals.

Steve Matthes talked to Carson after the race.

Racer X: 125 winner of Red Bull Straight Rhythm. Man, from the first time you hit the track, this event is so good for you. Technically you were great. Had to feel good, huh?
Carson Brown: Oh yeah, definitely. For sure. When I got the call up to come do this, I was like, “Heck yeah! That sounds like my kind of thing.” Showed up, just trying to have fun and all that. Then after qualifying today I was like, oh boy. I was like, okay.

You’re like, wow, I’m actually really good at this.
Yeah. Then it kind of worked out. Made her into the finals and got sketchy in the whoops a few times but pinned her.

It’s just a really fun event, isn’t it?
Yeah, definitely. All two-strokes, all good vibes. It’s what needs to happen for the sport. It’s super cool.

You were the only guy—did anybody end up doing that triple coming out of there?
I don’t think so. I whacked that thing in practice and I was like, okay, there we go.

Big advantage, by the way.
For sure.

Nice work on this. Congratulations. Also, Pit Bike of Nations. That was very interesting.
Yeah, that was about the craziest thing I’ve ever done in my life. I think you saw more chaos than I did, even, through all that stuff. So much fun, though. Super glad they did that. I’m looking forward to it for years to come.

You know what I thought was cool was your fans, the people who like you, they were onto you not being picked on the team early. They were pissed.
Yeah, definitely. I saw some stuff online and it was getting ugly on there. Then I got the call up and I think people were stoked.

Team USA might have had a riot if you hadn’t been on there from your pit bike fans.
[Laughs] I think they were having a riot anyways!

That’s a good point. Nice work today. You killed it. Good job. We’ll see you down the road.
Awesome. Thank you so much.