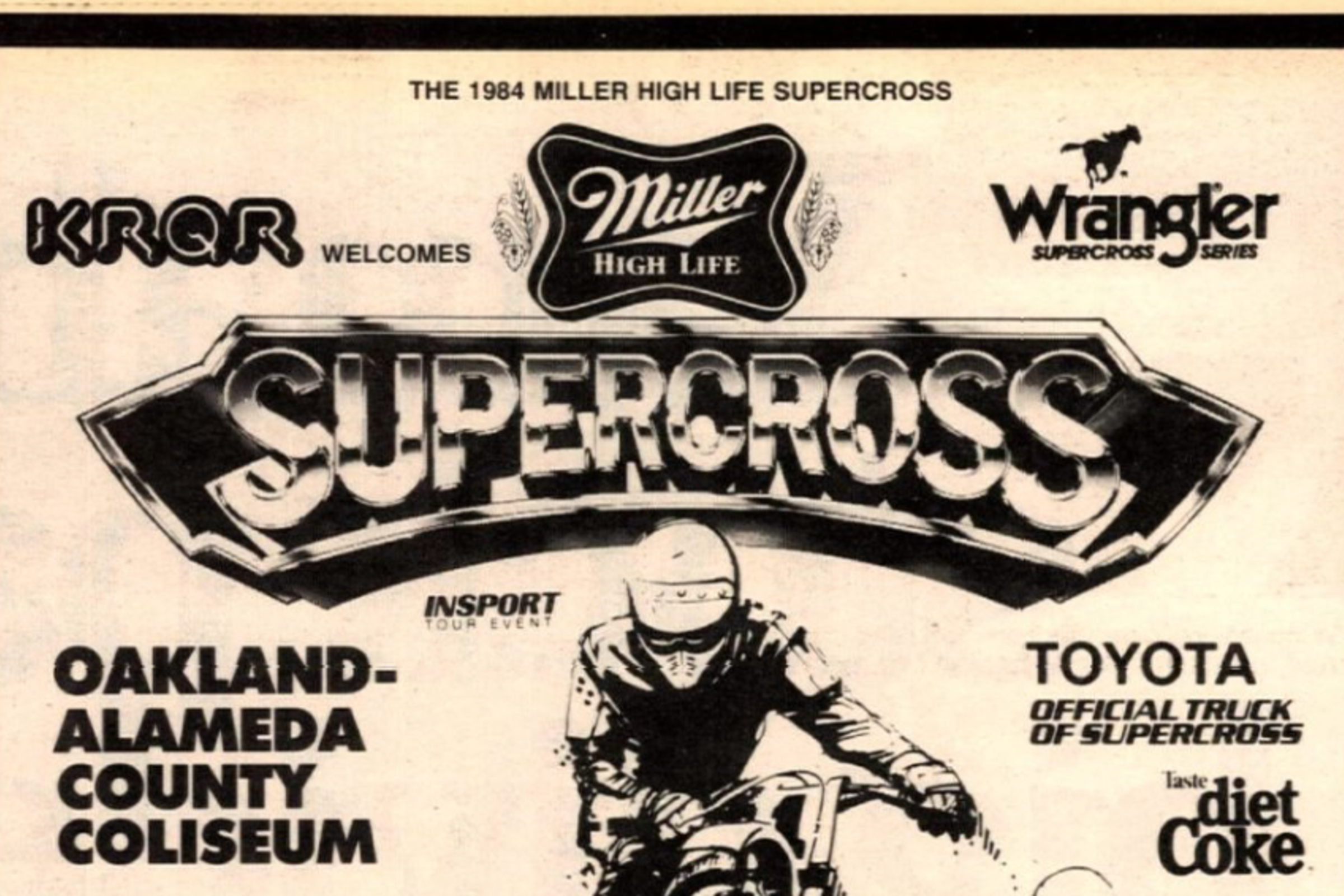 On This Day in Moto October 20

The FIM took another shot at running its own World Supercross Championship in 2000 with what started out as a three-round series, to take place in France, Italy, and Germany. But before the opener had even run on October 20, 2000, at Stad de France in Paris, the Italian round was cancelled. The winner in Paris was Yamaha factory rider David Vuillemin, followed by Factory Connection Honda rider Mike LaRocco, and soon-to-retire Greg Albertyn aboard a Corona Suzuki. Reigning seven-time AMA Supercross #1 Jeremy McGrath was also on hand but a crash with Mickael Pichon in qualifying ended his night early.

Team Honda's Ron Lechien wins the Oakland Supercross, topping his teammate David Bailey and Yamaha riders Rick Johnson and Broc Glover. This was the second-to-last round of the 1984 season, which started January 28 at Anaheim and would not end until November 3 at the Los Angeles Coliseum.

Honda's Justin Barcia puts in a steady, consistent, and solid night of races to win the Monster Energy Cup in Las Vegas. Barcia's 2-1-2 betters Red Bull KTM's Ryan Dungey's 3-2-3 and Honda's Eli Tomac 4-4-1. (This was the race where Dungey famously had to shift his bike by hand over the triples after the lever got bent by his foot.) The winner of the first moto was Monster Energy Kawasaki's Ryan Villopoto, who crashed while leading the second main event.

In the Supermini class, Missouri's Austin Forkner gets the win over Illinois' Chase Sexton.