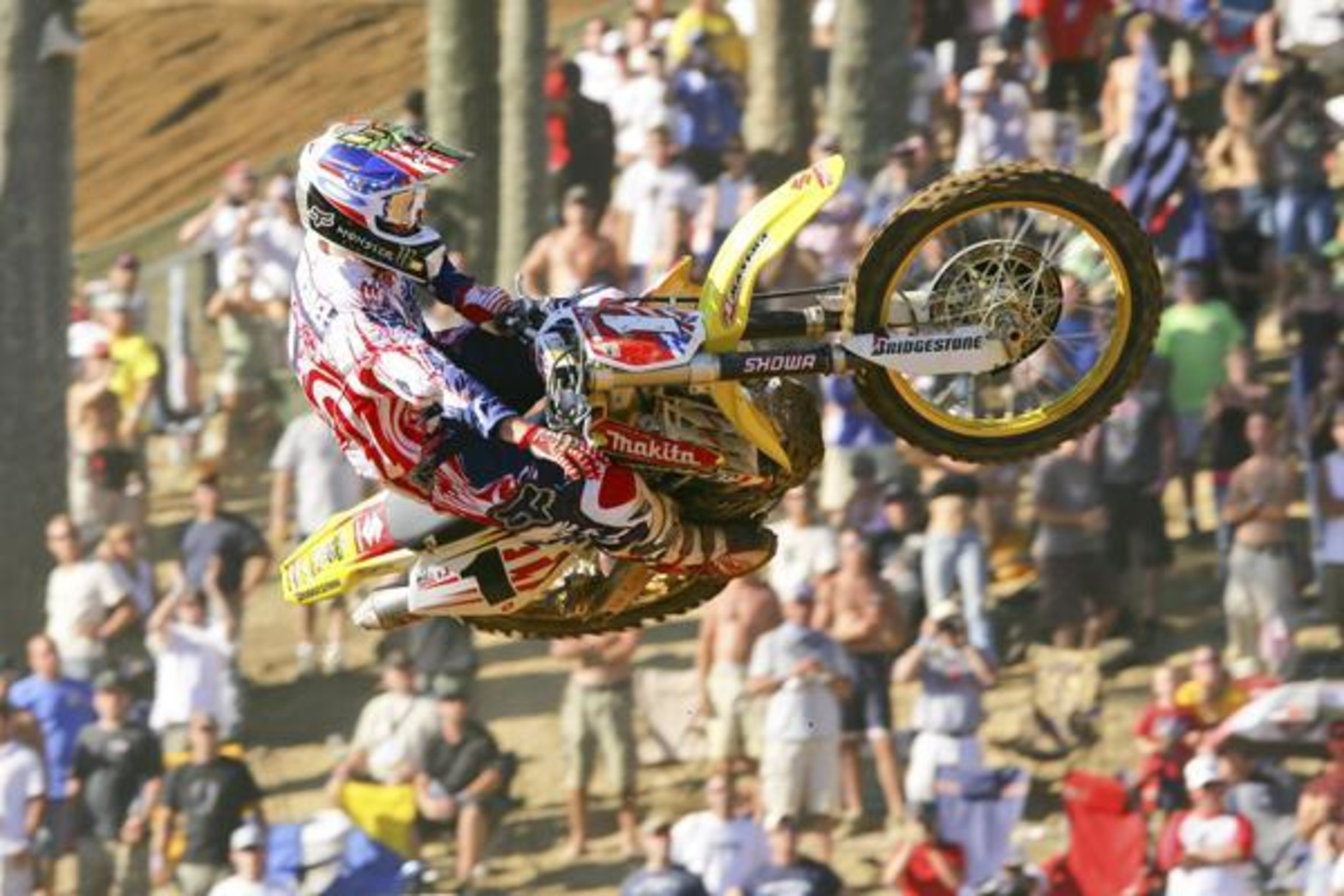 On This Day in Moto September 23

The motorcycle industry was saddened by the passing of Ted Leimbach, a Kawasaki factory off-roader who was just 21 years old. Leimbach, a three-time Gold Medalist at the International Six Days Trials, as well as the winner of the 1980 Alligator Enduro, as well as five AMA National Enduro rounds, was involved in an automobile accident back on September 5 and clung to life for nearly three weeks before passing in a Lorain, Ohio, hospital. Not only was Leimbach a racer, he was in his senior year at Ohio State University.

It's a gorgeous day in Maryland for the 2007 FIM Motocross of Nations, just the second time the race has been held in the USA. The Budds Creek race is something of a changing of the guard for American motocross, because it's Ricky Carmichael's last professional race, as well as Ryan Villopoto's stunning ascent on the world stage.

Riding a Suzuki, Carmichael wins the MX1 class with 3-1 scores, overcoming a first turn crash to go from last to third. He wins the last moto going away over the third member of Team USA, Kawasaki's Tim Ferry. But it's Villopoto that commands the event, disappearing with the lead and runaway wins in both of his MX2 moto, marking the first time in MXoN history that a smaller-bike rider wins the overall outright. Already a two-time AMA 250cc Pro Motocross Champion, RV is just at the beginning of what will be one of the most epic careers in the sport's history.

In Dalton-Pittsfield, Massachusetts, the United States hosted for the first time what was then called the International Six Days Trials. Hopes were high for a Team USA World Trophy wins, but the Czechs won for the fourth year in a row instead. Among the standouts were well-known riders like Malcolm Smith, Ron Bohn, Carl Cranke, Dave Mungenast, the Penton brothers, and more.