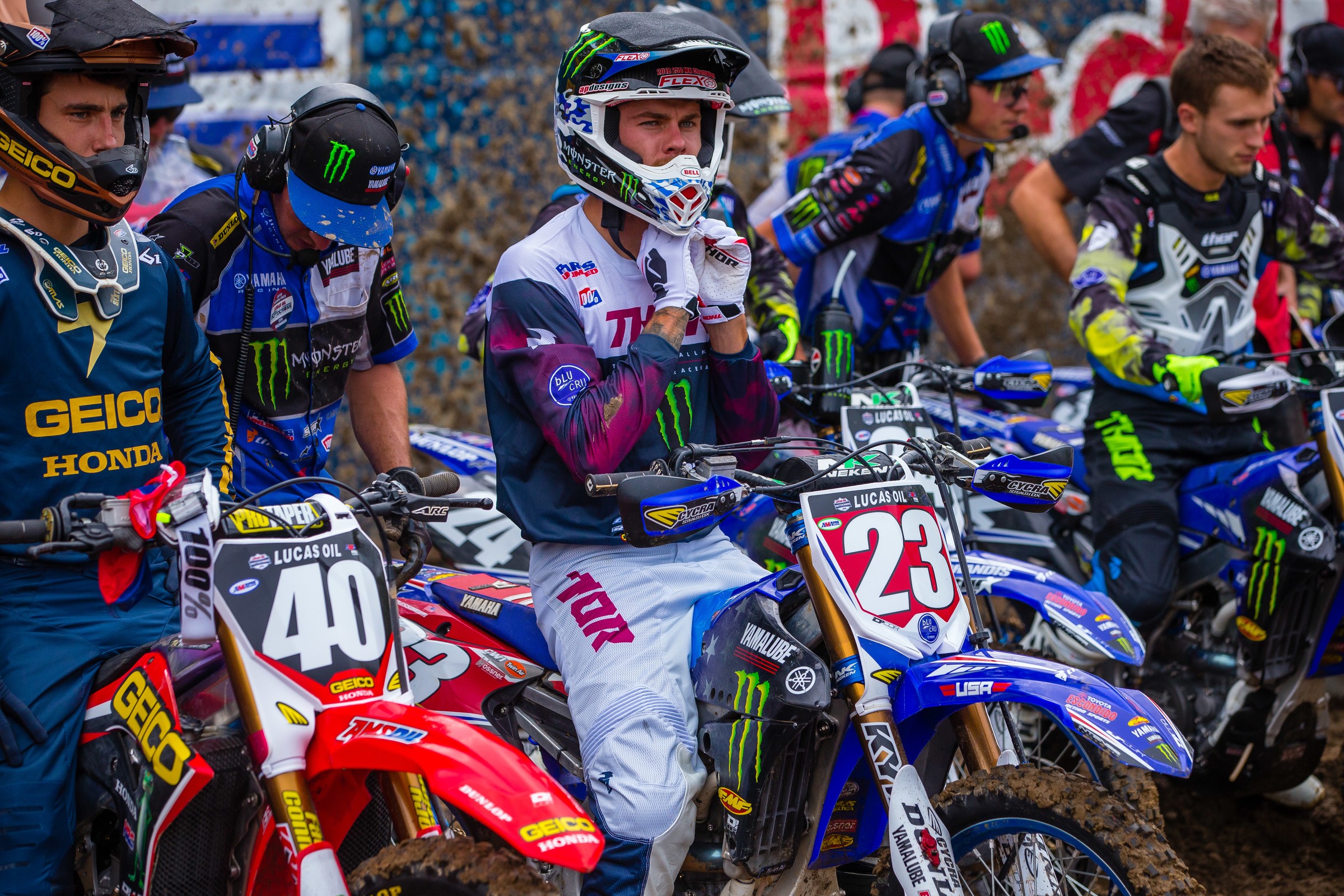 That’s a wrap. A long, grueling season of racing in the U.S.—save for the Motocross of Nations, Monster Energy Cup, and Red Bull Straight Rhythm—is over. On Saturday, at a muddy season finale at Ironman, Monster Energy Kawasaki's Eli Tomac clinched a second straight 450 title. It was a dominant season for Tomac, yet it came down to the final moto, just like in 2017. Justin Barcia won his first moto and overall since 2015, and Ken Roczen ended the season on the podium and third in points—what a comeback for the two-time 450 champ.

Aaron Plessinger wrapped up a successful 250 career—save for the Motocross of Nations—with a 1-1 performance in the mud. GEICO Honda teammates RJ Hampshire and Chase Sexton rounded out the podium.

This should look familiar: We did the same thing after the last mud race at Unadilla. Similar to Unadilla, the track was a mess for the first moto, but the sun did come out at points and made for a manageable track for moto two.

Of course, this is not an exact science. Riders could have crashed on the first lap or last lap, they could have been cruising the final lap, etc., etc. But, it is still interesting to see the difference between first lap and the last lap.

[Note: We used the top ten finishing order from each moto.]

As we noted above, the track did change a lot between motos. That’s easy to see just by looking at the lap times. Justin Barcia, who won both motos on Saturday, shaved nine seconds off his first lap in moto two and ten seconds off his last lap. Again, a lot of variables are in play, but it does show you how much a track can change in just a few hours.

Hey, we have All Star times! Due to weather, the race was pushed from its scheduled time just before the first 250 moto until after 450 moto two. Unfortunately, that meant a lot of riders decided to pack up early and hit the road.

The 125s probably got the best track of the day, though, as you can probably tell by the lap times. Race winner Jesse Flock had a best lap time of 2:46.051, which would have put him second in the first 450 and 250 motos!