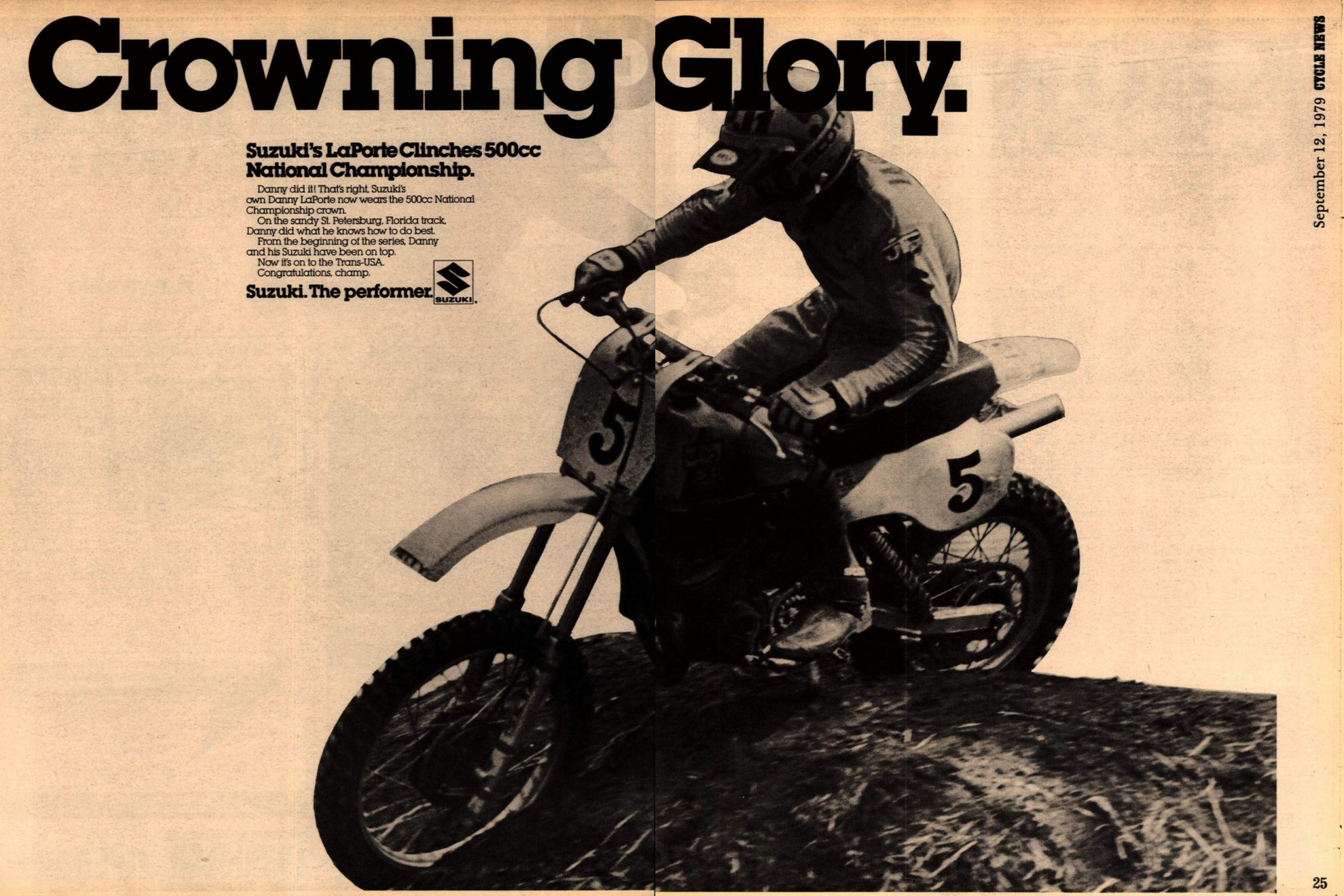 On This Day in Moto August 26

At Cycle-Rama MX Park in Sligo, Kentucky, a 250/500 National was held, and Dutch import Pierre Karsmakers took the 500 Class win aboard his Yamaha while Honda's Gary Jones topped the 250s. Both would go on to be the series champions in their respective classes. Karsmakers won his class over CZ rider John DeSoto and Suzuki-mounted Mike Runyard, and Jones topped fellow Honda rider Rich Eierstedt and Kawasaki rider Al Baker (yes, THE Al Baker).

At the final round of the AMA/Mr. Pibb 500cc National Championship, Suzuki's Danny LaPorte did not win the race at St. Pete's Sunshine Speedway in Florida—Yamaha's Mike Bell did—but his runner-up finish was enough to claim the 1979 AMA National title. Suzuki also had a good day in the 125 Class as Mark Barnett won, but Yamaha's Broc Glover had already clinched his third straight 125 National title a week earlier.

And at the NMA Grand National Championship in Ponca City, Oklahoma, the two big stars were Yamaha riders Mouse McCoy and Erik "Earthquake" Kehoe, who each won multiple classes on their YZ minicycles.

At Broome-Tioga in New York, Team Kawasaki's Ricky Carmichael clinched a second straight AMA 250 National Championship one round early, sealing up the title with one round yet to be run with a win over Suzuki's Kevin Windham and Yamaha rider Tim Ferry. With the title on lock, Ricky announced that he was going to race a 125 at the following weekend's Steel City finale in order to try to break a tie with Mark Barnett for all-time wins in the 125 Class. But others worried that he might be going to help his friend Mike Brown of the Pro Circuit Kawasaki team, who was locked in battle with KTM's Grant Langston for the 2001 AMA 125 National Championship. The South African beat Brown in both motos to slightly extend his points lead.