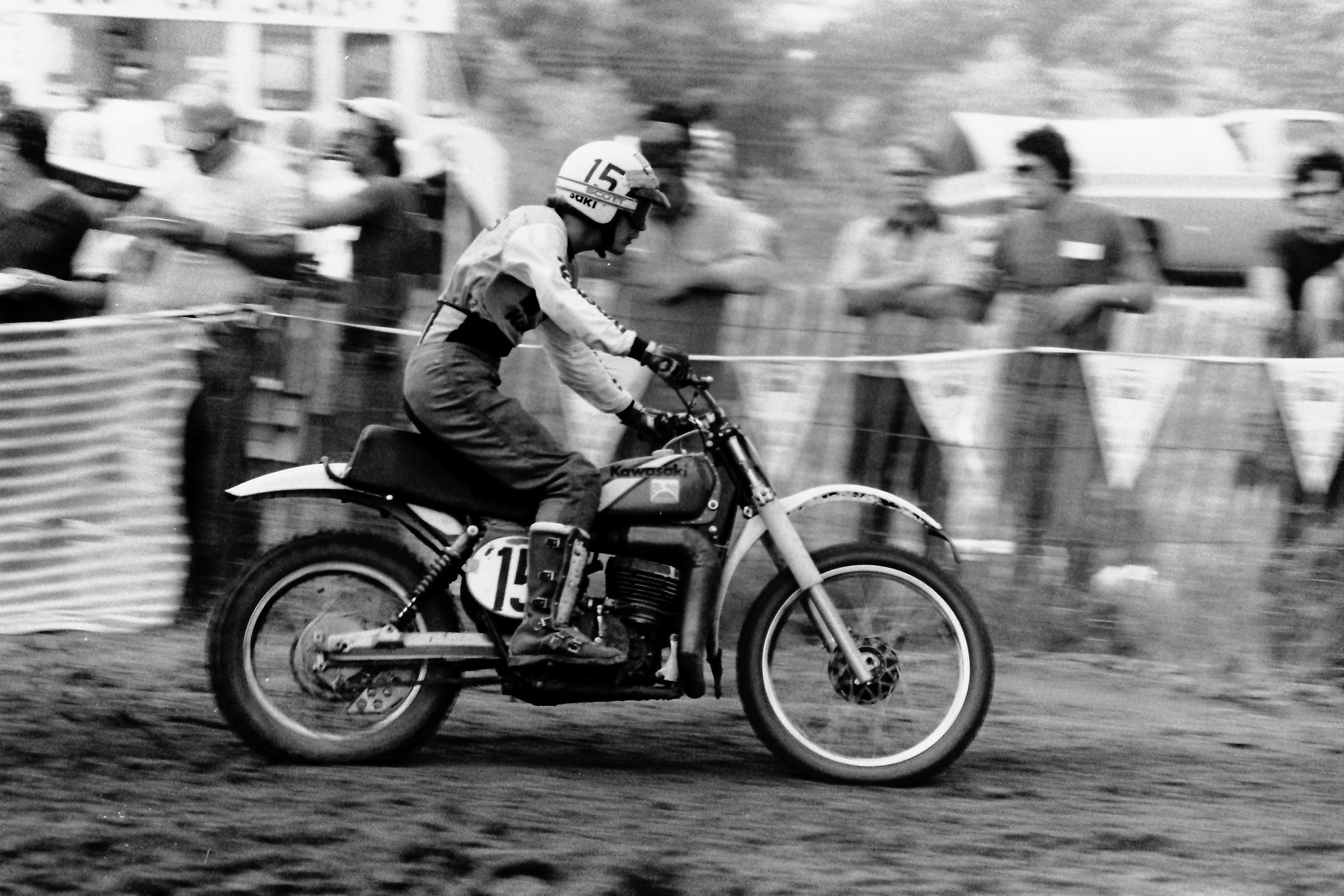 On This Day in Moto August 22

Unadilla's patriarch Ward Robinson announced that the 1992 FIM 250cc U.S. Grand Prix was the last for the upstate New York facility. First held in 1978, the USGP at Unadilla was a staple of the FIM and AMA schedule, and it led to the facility being awarded the 1987 FIM Motocross des Nations, the first held on U.S. soil. The event was part of the evolution of Unadilla, which hosted Trans-AMA and Inter-AMA events throughout the seventies.

It also held the occasional AMA National, but the international meetings were more prestigious then, and Unadilla became a global name as a result. In 1989, Unadilla held both the 250cc USGP and the series finale for the 125/250 AMA Motocross Championship and has remained on the schedule as one of the series' main pillars ever since. But by the early nineties, the Grand Prix and the costs associated with flying bikes and teams over for one round had become less attractive. And when a shipping and customs problem with the previous week's Venezuelan GP meant that Saturday's practice and qualifying had to be canceled, Robinson said he was done with the U.S. 250cc Grand Prix. The next year, it would be held at Budds Creek in Maryland.

On the second-to-last weekend of the 1976 AMA Pro Motocross Nationals, the 125s were running in Rio Bravo, Texas, and the 500s were doing their thing at Sunshine Speedway in St. Petersburg, Florida. In Texas, future AMA Motorcycle Hall of Famer Danny LaPorte scored the first victory of his professional career ahead of another future legend, DG Honda-mounted Broc Glover, with FMF Honda rider Steve Wise third. Glover went 1-3 to LaPorte's 2-1.

Finishing fourth and fifth, respectively, were Yamaha's Bob Hannah and defending two-time AMA 125 National Champ Marty Smith. But the difference was enough for Hannah to claim the championship title.

Danny LaPorte moved a step closer to the 1982 FIM 250c Motocross World Championship with 1-3 moto finishes at the Finnish Grand Prix. His title rival Georges Jobe of Team Suzuki ran 2-2, which meant Yamaha's LaPorte picked up one point and now held a 15-point lead going into the final round in Sweden the following week. Dutch KTM rider Kees Van der Ven, one of the best riders in GP motocross history to never win a world title, went 3-1 to take the overall.

And while the world waited to see if Danny LaPorte would become the second American to win a world title, first American world champion Brad Lackey was featured in a rare Cycle News ad for Fox Racing.

Italy's Alessandro Puzar won the final 250cc Grand Prix of the year in Suzuka, Japan, with 2-1-2 scores, but injuries earlier in the season kept him out of title contention. Instead, the champion was South African Honda rider Greg Albertyn, the previous season's 125cc World Champion. U.S. rider Donny Schmit finished third in the final rankings with two overall wins. Belgium's Stefan Everts was second in the final series tally.

Ricky Carmichael continued his march through summer aboard the Honda CRF450, sweeping both motos at Broome-Tioga in New York to clinch the AMA 250 National Championship title with two rounds left. Incredibly, Carmichael never lost so much as a moto aboard Honda's thumper, winning all 24 times that he lined up on it. As soon as the season was over, he switched to Team Suzuki, as Honda could not come to terms with him during the spring when RC was out with a knee injury and a question mark moving forward. He answered all questions with his 24-0 masterpiece.

In the 125 Class, Kawasaki's James Stewart continued to dominate aboard his KX125, even though much of the rest of the field was racing 250Fs. Suzuki riders Broc Hepler and Davi Millsaps rounded out the top three. The win marked Stewart's 26th career 125 National win, tying him with Carmichael for the all-time record. He also clinched the title for 2004, his second 125 title.

Suzuki's Chad Reed moved closer to his first and only AMA Motocross title by winning the Budds Creek 450 National in Maryland. Reed went 2-1 to top the 1-6 of Honda's Davi Millsaps and Ivan Tedesco's 5-3. The win also gave Reed the title with two rounds to go.

In the 250 Class, which ran second, a massive rainstorm hit the facility just as the 450s were ending, and a red flag was needed after the card girl turned it sideways 23 seconds early! Through the muck, Monster Energy/Pro Circuit Kawasaki's Jake Weimer emerged as the overall winner with 2-1 scores to Christophe Pourcel's 1-3 and Ryan Dungey's 3-4.