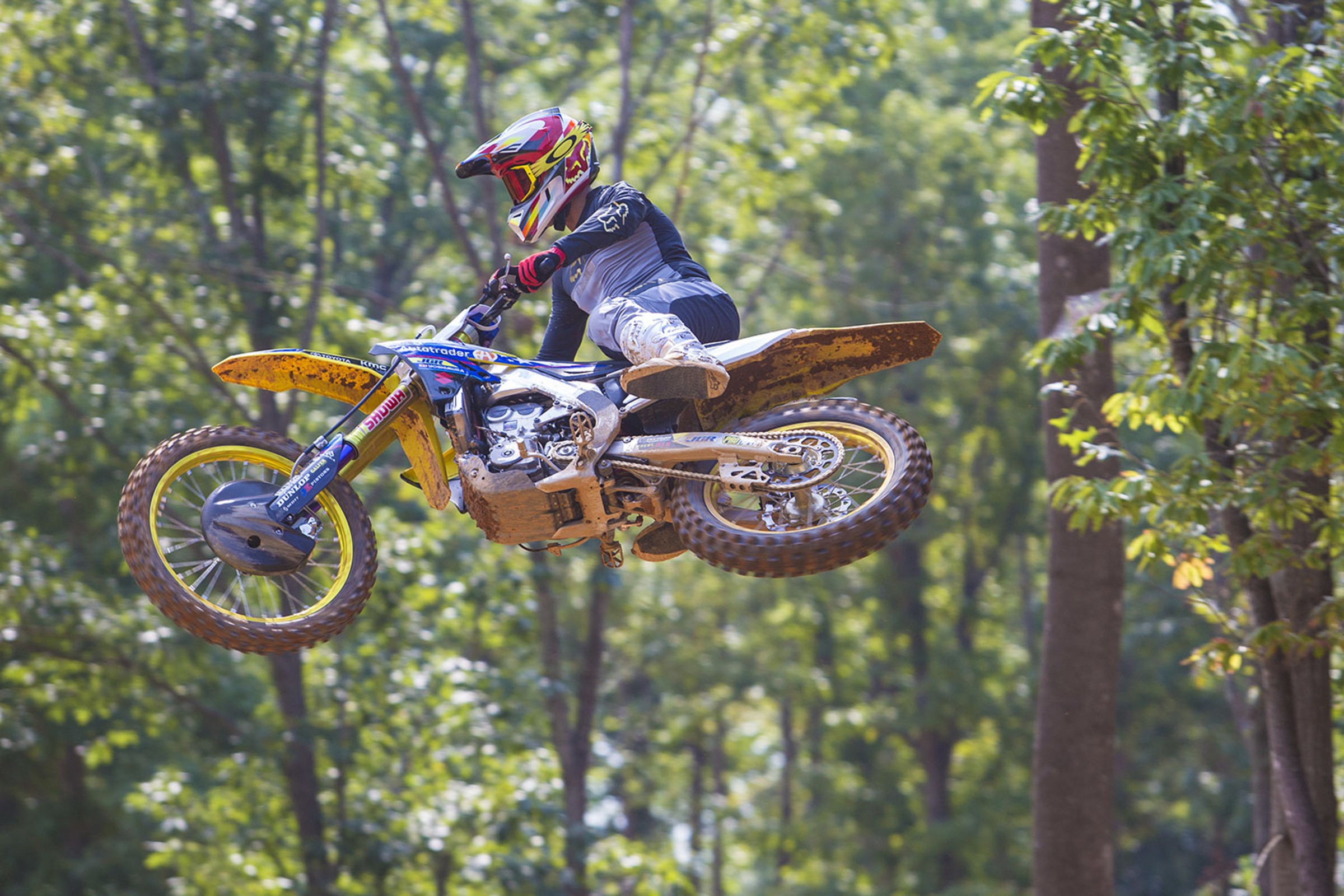 It’s official: Chad Reed is returning to Lucas Oil Pro Motocross. The 2009 450 Class Champion will race the season finale this weekend at Ironman with Autotrader/Yoshimura Suzuki. Remember, Reed was riding a Suzuki when he won the 2009 title.

“The opportunity came up last week for me to test the Autotrader/Yoshimura Suzuki RM-Z450,” Reed stated in a team press release. “I immediately felt comfortable with the bike and team. Although I had not planned to be in ‘race shape’ for another six weeks, it’s an opportunity to get out and do what I absolutely love the most, which is race. I haven’t raced a national in three years, but I have those nervous and excited race feelings to be getting back out there. I’m stoked to help their team and sponsors while a few of their riders are out with injuries. I feel like a kid again getting to ride a factory bike and go racing with a highly motivated crew. I hope to see lots of 22 fans this weekend!”

It’s been a long time since we’ve seen Chad Reed outdoors in the U.S. He last raced a Pro Motocross event in 2015 at High Point, after which he shut down his TwoTwo Motorsports team. Reed recently talked to Racer X about that day in our longform feature “Longshot: The Oral History of TwoTwo Motorsports.”

“So basically, the inevitable was just coming. It was High Point weekend, and I was having a miserable time. Everything just felt wrong. Honestly, nothing was wrong other than the rider. Mentally, I was smoked. I felt like I had burnt the candle at both ends and just didn’t have anything to give. The bike felt wrong. The track felt wrong. I just wasn’t there. I wasn’t able to find any comfort. I think it was just a mental thing. At High Point, I had full realization that it wasn’t fun for me. I wasn’t enjoying it. I didn’t want my last years to be like that.

"Right then and there I made the decision on my own, at that point. I don’t even know that I raced. I think I pulled out of the first moto, and I came off the track and I said to the guys, “I’m done. This is it.” They were like, “What do you mean?” I said, “I’m done. I don’t know if that’s my last race, but I’m done with the team. I’m done racing motocross. I’m done for the year.” I told them that they needed to pack up. They needed to put everything on the truck, and then the truck needs to head back to California. I’ll get in touch with them ASAP.”

Steve Matthes wrote about the impending move for Reed last week in Racerhead. Here is part of what he said:

"According to Dan [Truman, from GET/Athena], Reed's times were very competitive with the guys they have now and it worked out so well, they gave him a bike to take home and practice on. I would highly bet we'll see the #22 under the JGR Suzuki tent next weekend, and Truman even said there was a chance for tomorrow [Budds Creek]! That wasn't exactly something that anyone saw coming, right? Truman said he liked the bike and everyone seemed to get along. Chad Reed racing MX for JGR Suzuki? Yup, just another turn in the life of Reedy.

"So... what about 2019 supercross for JGR and CR? Well, Dan said it wasn't ruled out—JGR has Hill and Peick under contract (Peick's deal might be done—it might not be, but it will be) for 450SX and MX and are talking to riders for 450 Class deals. So maybe, perhaps, something can get done here. I had a source close to Suzuki tell me that JGR has told Suzuki it's on them if they want the #22; they have to buck up and find the cash/bikes/parts for an extra guy."

We will see what this means for 2019 and beyond, but for now, let’s just enjoy Reed back in Pro Motocross this weekend.