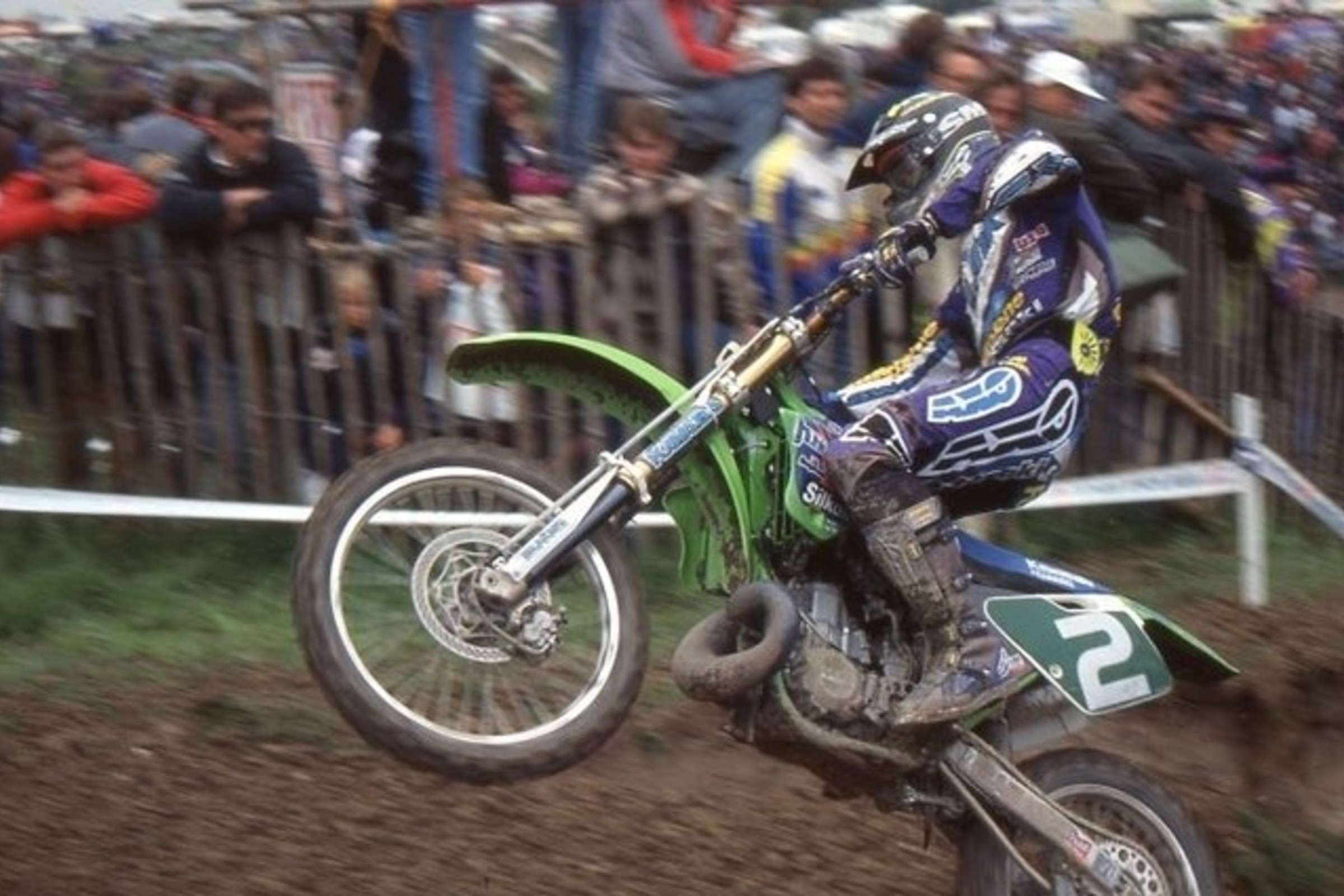 On This Day in Moto August 20

That same day over in Finland, it was another good showing for Kawasaki as Torleif Hansen, a Swedish rider, won the 250cc Grand Prix over Husqvarna's future world champ Hakan Carlqvist and Russian KTM rider Vladminir Kavinov.

At the Spring Creek 500 National, the top three were exactly the same in each moto: Jeff Ward, Ron Lechien, and Jeff Stanton, respectively. That same day in the 125 Class, Damon Bradshaw took the win, one year after making his professional debut there. Suzuki riders Ron Tichenor and Johnny O'Mara ran second and third.

TIchenor had just dropped down to the 125 Class because the 250 Nationals were over and Suzuki did not make a 500cc motorcycle at the time. Also, the second moto was red-flagged after 15 minutes and nine seconds due to an injured rider on the track. AMA referee Ron Denny ruled the race complete, as the race had gone past the halfway mark. But Honda's Dave Arnold protested that halfway would actually be 15 minutes plus one lap, as the race was set to go 30 minutes plus two laps. So the protest went to AMA Pro Motocross manager Roy Janson, who explained, "The procedural decisions of the referee are not appealable," so the protest was denied.

In Japan, Stefan Everts was putting the finishing touches on the 1995 FIM 250cc Motocross World Championship with a 2-1 victory. In doing so, Everts became the first Kawasaki rider to win a world motocross title.

Here is an interview with Everts from EuroSport: