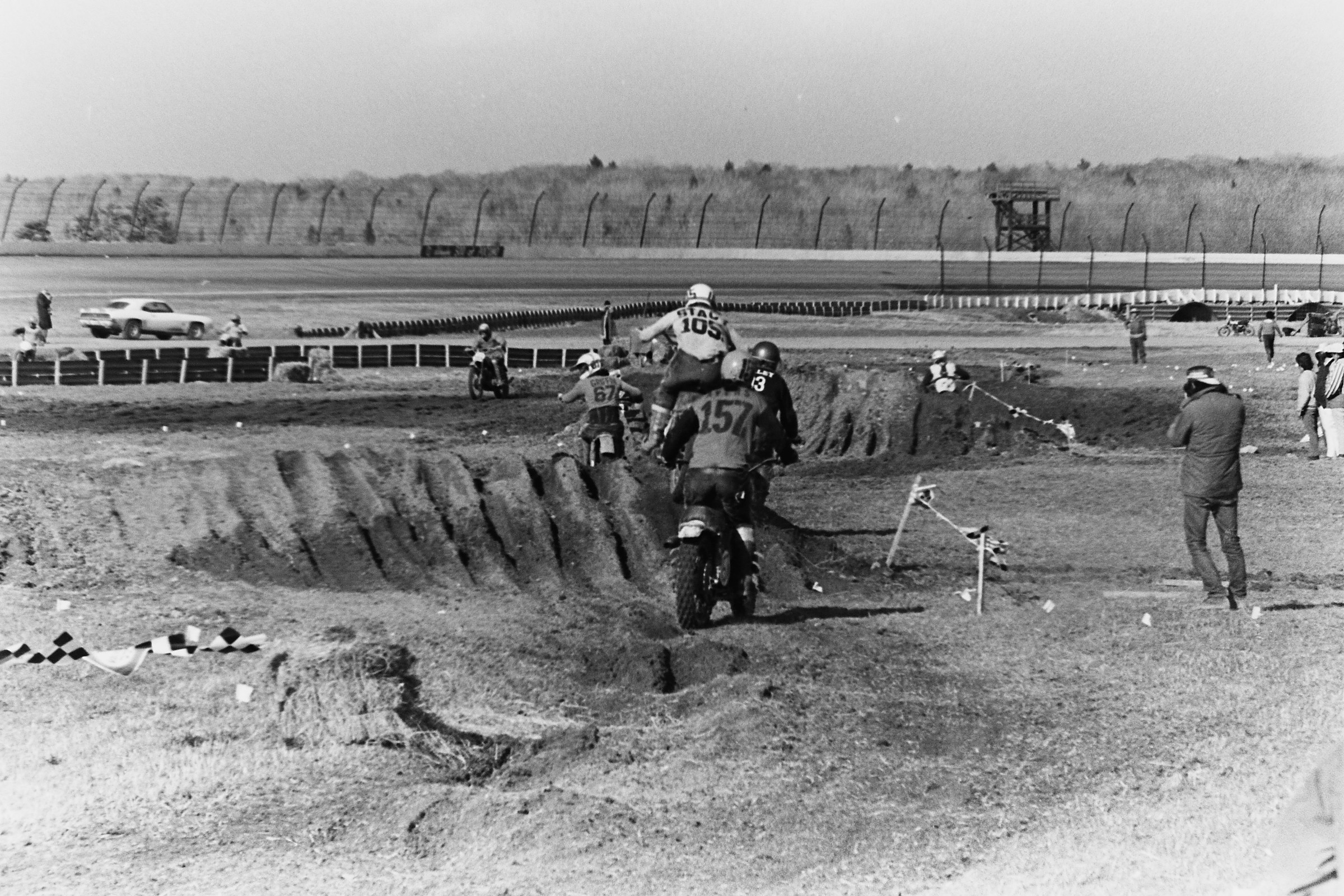 On This Day in Moto August 18

It was a rare (for back then) Saturday outdoor national, held on the infield of Pocono International Speedway, and Suzuki got its first sweep in AMA Pro Motocross history. It was also a three-foot format, and for the first two 500 motos Yamaha's Pierre Karsmakers was the leader, but he bent his shift lever in the third moto and ended up almost a whole lap down. He would reach 14th, but his 1-1-14 scores did not match the 2-2-5 of Suzuki's Mike Runyard. Finishing second was New York's own Robert Harris on a CZ.

In the 250 Class, Suzuki's Rich Thorwaldson was the overall winner, followed by another native New Yorker in Kawasaki's Jimmy Weinert and Husqvarna-backed Bob Grossi.

Here's a shot of the Pocono track, and if you look closely, you will see a glimpse of Gary Bailey in front of Frank Stacey, and that #157 is Gear Racewear's John Ayers.