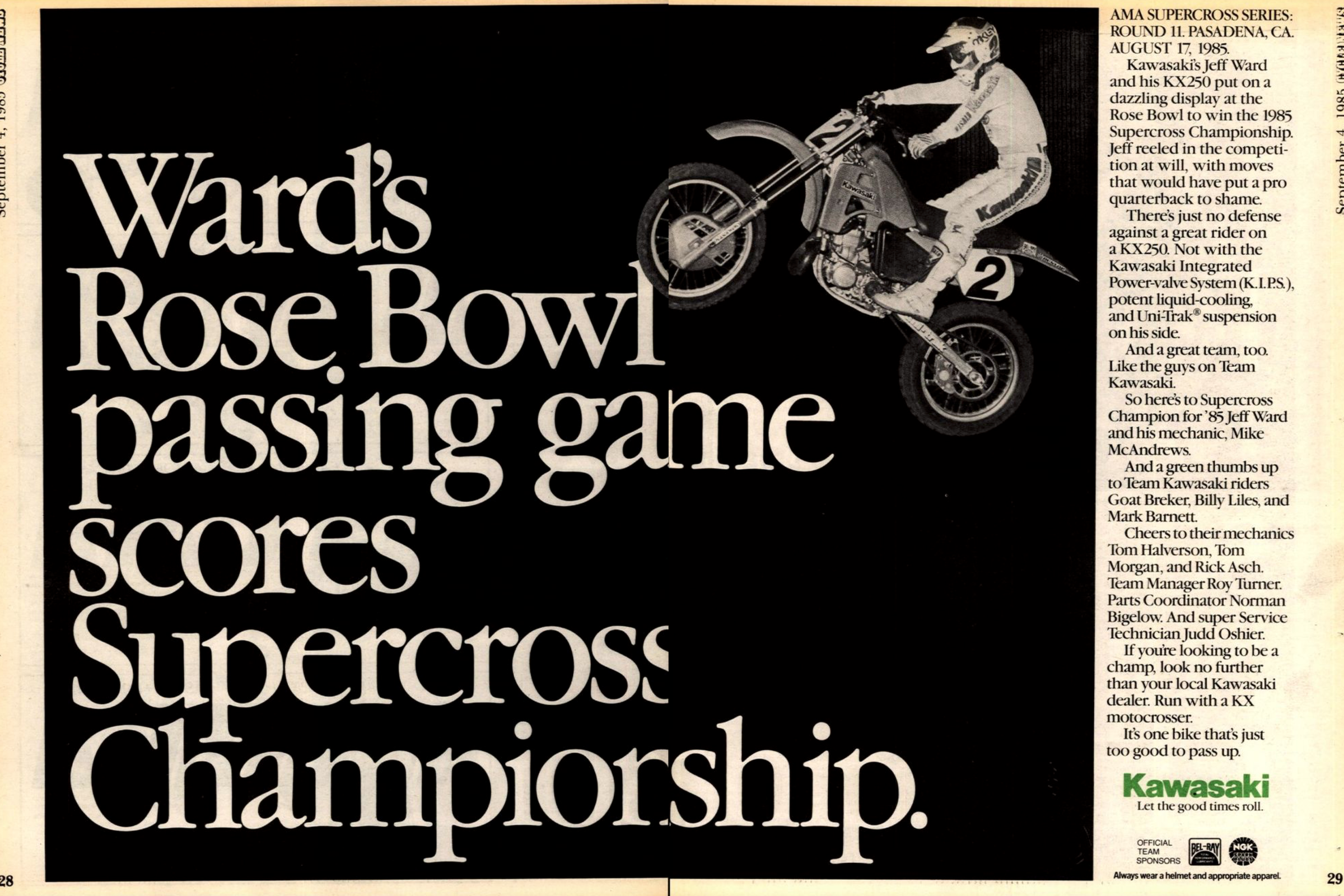 On This Day in Moto August 17

Kees Van der Ven gave Maico its last Grand Prix win with 1-2 finishes in Finland. He was the last Maico rider to ever win a Grand Prix, and he would later become the first KTM rider to win in America when he took the ’82 Unadilla 250cc GP win.

At the Mickey Thompson Off-Road event that ran in conjunction with the last round of AMA Supercross, Suzuki factory rider Gary Denton led a yellow sweep of the top six places. Denton, a former pro motocrosser on dirt bikes, switched over to ATVs and ended up being the GOAT of quads. He deserves to be in the AMA Motorcycle Hall of Fame—ATV riders buy AMA memberships, too!

In one of the most controversial conclusions to the AMA Supercross Championship, Kawasaki's Jeff Ward claimed the title by just two points over Yamaha's Broc Glover (229-227). Glover and his team had protested Ward for riding backwards on the track after he crashed, and despite having penalized others for doing the same, the AMA decided not to penalize Ward. The race was actually won by Team Honda's Johnny O'Mara, the reigning #1 in supercross, followed by teammate David Bailey and Kawasaki's Goat Breker. Ward finished fourth, Glover fifth. It was the first of two SX titles in Ward's career; Glover would win six outdoor titles, but never a supercross crown.

In the 125 class, Honda's Larry Brooks claimed the win, followed by Kawasaki Team Green's Dean Matson and Yamaha's "Boy Wonder" Eddie Hicks, who was making his AMA Supercross debut as a professional.

Lake Sugar Tree MX in Axton, Virginia, hosted a standalone round of the AMA 500 Nationals, and Husqvarna's "Bad" Brad Lackey, back from Europe after the last Grand Prix, won the overall ahead of Maico's Steve Stackable and Honda's Marty Smith. Lackey brought back with him some new training techniques that he picked up from Husqvarna in Sweden, and the next week, his training regimen was featured on the cover of Cycle News.