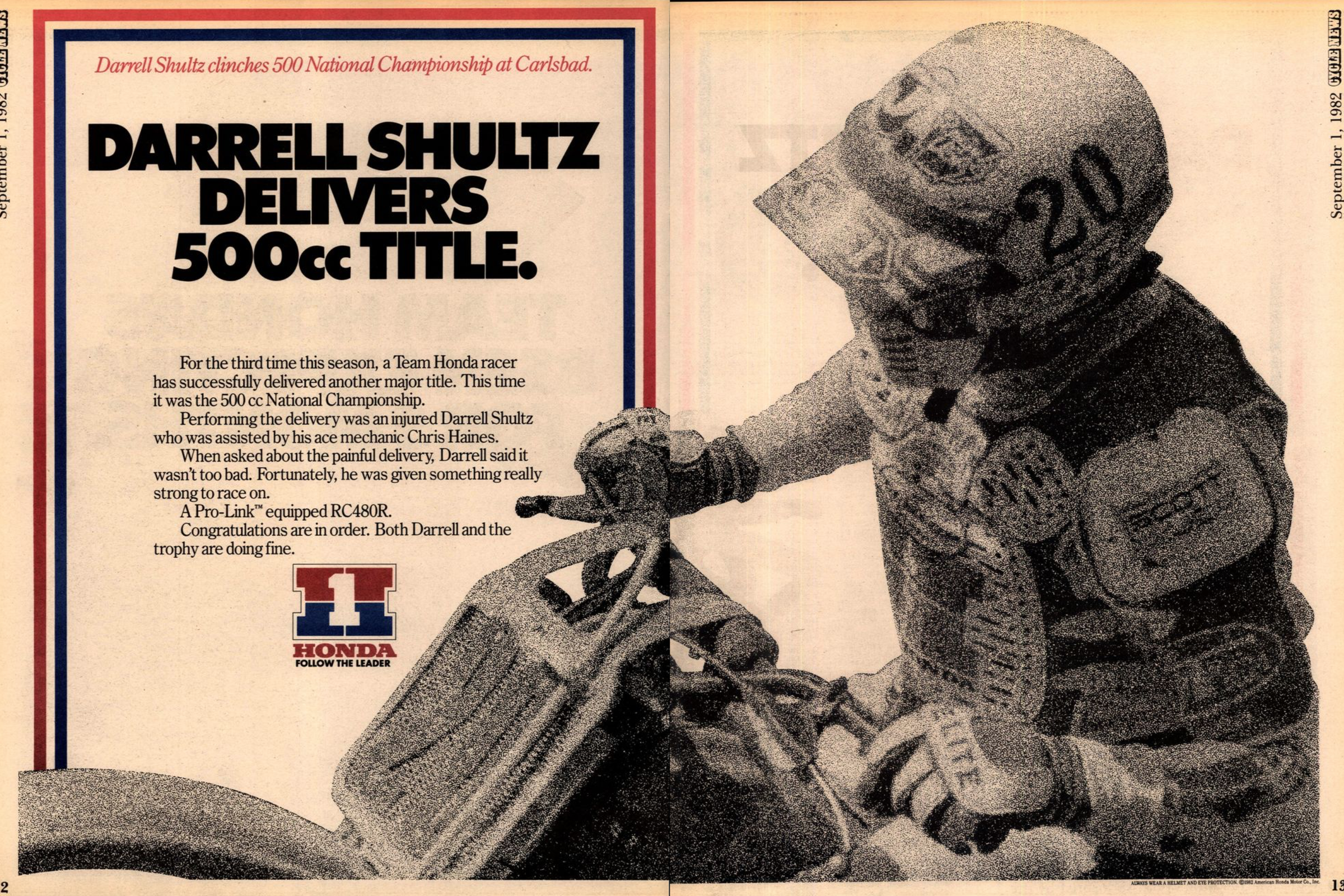 On This Day in Moto August 15

In red-hot San Antonio, Bob Hannah raced his works OW-27 Yamaha to a 1-1 sweep in the 125 National, topping the 2-2 of Honda's Marty Smith. Hannah, who was riding the bike under threat that it might be claimed by privateer Bill Barlow—who was also after Marty Smith's exotic Type-2 Honda—said he didn't care if he lost his bike; he would win on anything. In the end, the bike wasn't claimed and Hannah had sewn up his fifth 125 National win of an incredible season.

In one of the all-time mudders (conveniently just days after the first mudder of '18 at Unadilla) in New Castle, Kentucky, Kawasaki's Gary Semics won the 500 National with 1-2 scores, topping the 8-1 of Rick "Lumberjack" Burgett. Honda's Rich Eierstedt finished third.

With Marty Smith racing in the U.S., he was unable to participate in the Spanish 125 Grand Prix, which was won by Suzuki's Gaston Rahier over the CZ of Zdenek Velky.

And it was announced that Team USA for the upcoming Motocross and Trophee des Nations would be Bob "Hurricane" Hannah, Tony DiStefano, Kent Howerton, and Harley-Davidson's "Rocket" Rex Staten.

At the season-ending 125/500 National at Carlsbad Raceway, Suzuki swept both classes as Mark "Bomber" Barnett once again took the 125 race, and his teammate Alan King won on the 500. King was followed by Honda riders Chuck Sun and JoJo Keller. Barnett was trailed by Honda's Jim Gibson and his younger Suzuki teammate and future champion George Holland. Barnett had already clinched the 125 title, but the 500 title would go to the limping Darrell Shultz, who taped up a torn ACL and finished 11th in the first moto, enough to win the championship. Shultz would never get to wear the #1 plate. In fact, he never raced an AMA National or SX race again.

In a star-packed 125 Class at the Spring Creek National in Millville, Minnesota, Yamaha's Jeff Emig topped Honda riders Doug Henry and Jeremy McGrath, Suzuki's Ezra Lusk, and Kawasaki-supported John Dowd. The 500 Class went to Honda's Jeff Stanton over Kawasaki's Mike LaRocco. This was the last year for the 500 Nationals, and the last chance for Stanton to finally win the division and add it to his three AMA Supercross titles and three AMA 250 Motocross titles. It was also the last outdoor national win of his Hall of Fame career.