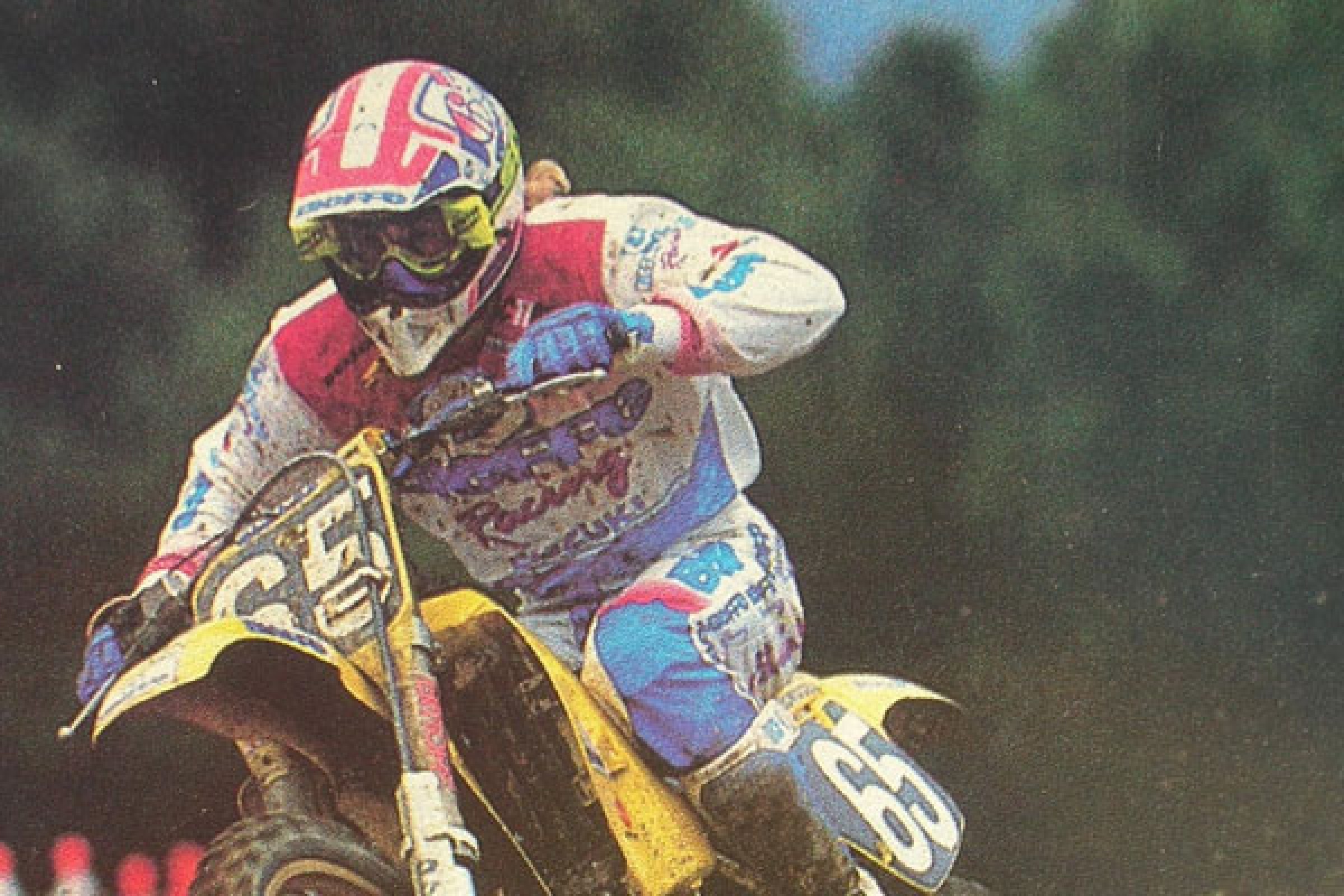 On This Day in Moto July 29

With the win, Mikkola wrapped up the title in the five-race Inter-Am Series, with Karsmakers second. The race was considered a trial run for a possible 250cc U.S. Grand Prix at Unadilla. That would finally happen, but not until 1978.

In the 125cc Grand Prix at Hallstavik, Sweden, a three-way tie for the overall win saw local star Jeff Nilsson go 1-6 against the 2-4 of Suzuki's Michelle Rinaldi and the 4-2 of Cagiva's Corrado Maddii.

Kawasaki's Jeff Ward and Honda's Jeff Stanton split moto wins at the Kenworthy's National in Ohio, but Wardy got the overall win with 2-1 scores to Stanton's 1-3. However, because the race marked the end of the 250 National Championship, Stanton managed to successfully defend his #1 plate, just as he had earlier in the year in AMA Supercross.

Jean-Michel Bayle was well on his way to the 125 Class title in 1990, but Washougal was looming...

On the same day over in Wohlen, Switzerland, U.S. rider Donny Schmit clinched the 1990 FIM 125cc Motocross World Championship with 1-1 finishes aboard his Bieffe Suzuki. Schmit, who raced in America as a privateer in 1989—in part because he did not want to race AMA Supercross—revived his career in Europe on Sylvain Geboers' Suzuki team. His younger teammate Stefan Everts finished second in both motos.

And in San Marino in Italy, Eric Geboers went 1-1 on his works HRC Honda to win the 500cc Grand Prix over Italy's own Franco Rossi on a KTM.