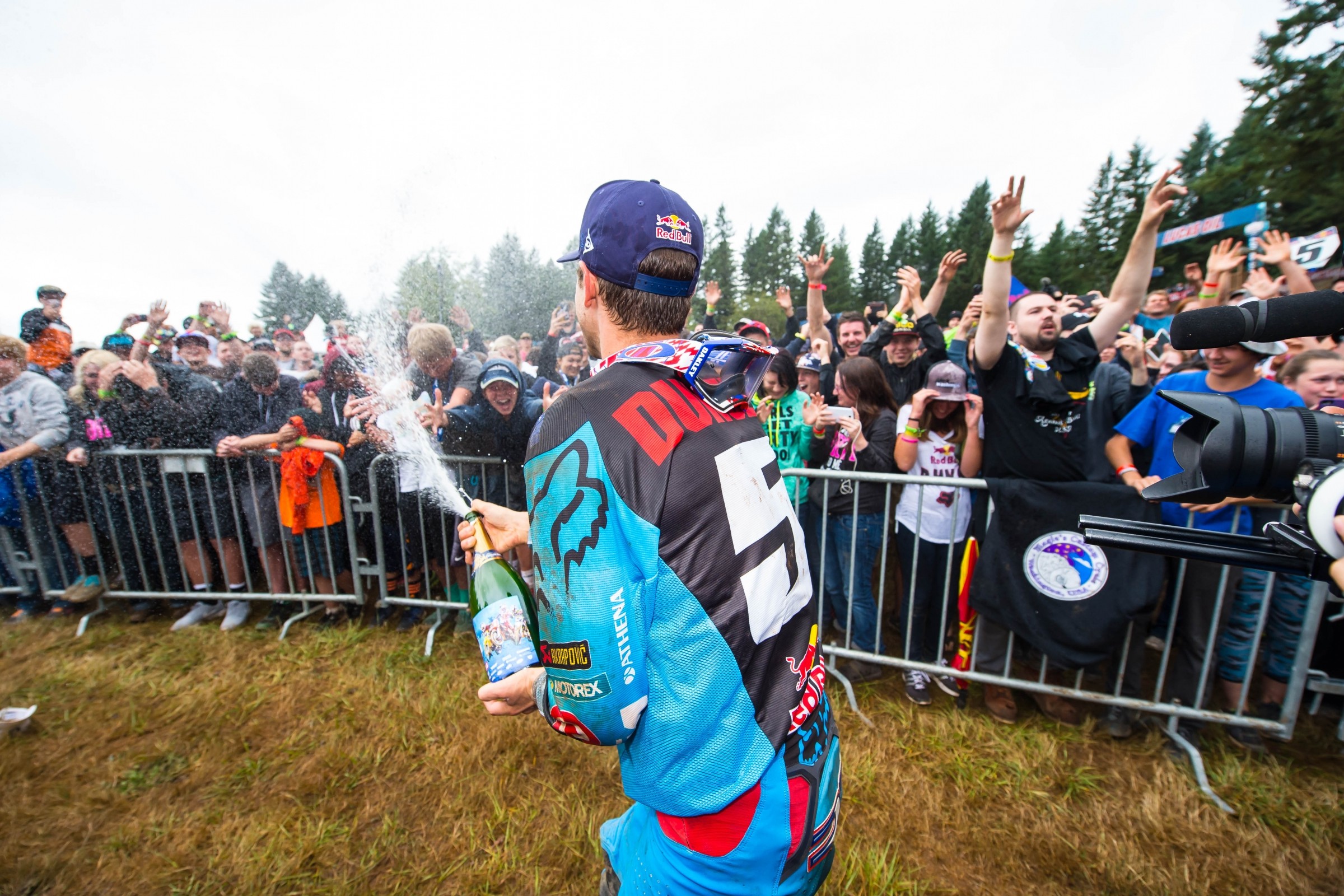 On This Day in Moto July 25

The Kenworthy's 125/250 National in Ohio was won by Kawasaki's Mike Kiedrowski in the 250 Class and Yamaha's Jeff Emig in the 125 Class. From here, Kiedrowski would go on to take the '93 AMA 250cc title, but Emig would run into a buzzsaw in the form of Team Honda's Doug Henry, who finished second to Fro in Ohio, with Suzuki's Damon Huffman third. Kiedrowski was followed by his teammate Mike LaRocco and Honda's Steve Lamson.

Red Bull KTM's Ryan Dungey and JGR Yamaha's Justin Barcia split moto wins and runner-up finishes at the Washougal National, with Dungey getting the 450 Class overall win based on the better finish in the second moto. Finishing third was Rockstar Husqvarna's Christophe Pourcel with 3-5 scores.

There were similar scores at the front in the 250 Class, with Star Racing's Cooper Webb topping Red Bull KTM's Marvin Musquin for the win. Third overall was the rookie Aaron Plessinger, Webb's teammate, with 5-4 moto finishes.

Washougal again, and this time it belonged to Rockstar Suzuki's Chad Reed, who went 1-1 in the 450 Class as he marched toward the 2009 Lucas Oil AMA Pro Motocross Championship. Yamaha riders Josh Grant (JGR) and Jason Lawrence (am/pm) rounded out the podium—Lawrence's one and only outdoor podium on a 450. Also mixing things up on the day was the presence of Belgian Honda rider Clement Desalle, who finished third in the first moto in a cameo appearance.

The 250 Class win also went to a Rockstar Suzuki rider in Ryan Dungey, who got the overall with unlikely 1-5 moto scores, topping the 3-3 of GEICO Honda rider Blake Wharton and the 8-1 of Monster Energy/Pro Circuit Kawasaki's Christophe Pourcel.

Kenworthy's in Ohio hosted its last AMA Pro Motocross race, and Team Honda's Ricky Carmichael dominated the 250 Class aboard his CRF450 as he continued his march to the second perfect season of his career. Yamaha's Chad Reed and Factory Connection Honda's Kevin Windham followed him in both motos.

Kawasaki's James Stewart was also on the march, but he was not having a perfect season after a first-turn crash at RedBud ruined it. Stewart was still riding a KX125 against mostly 250Fs. Pro Circuit Kawasaki's Matt Walker was second overall, with Factory Connection Honda's Josh Grant third.