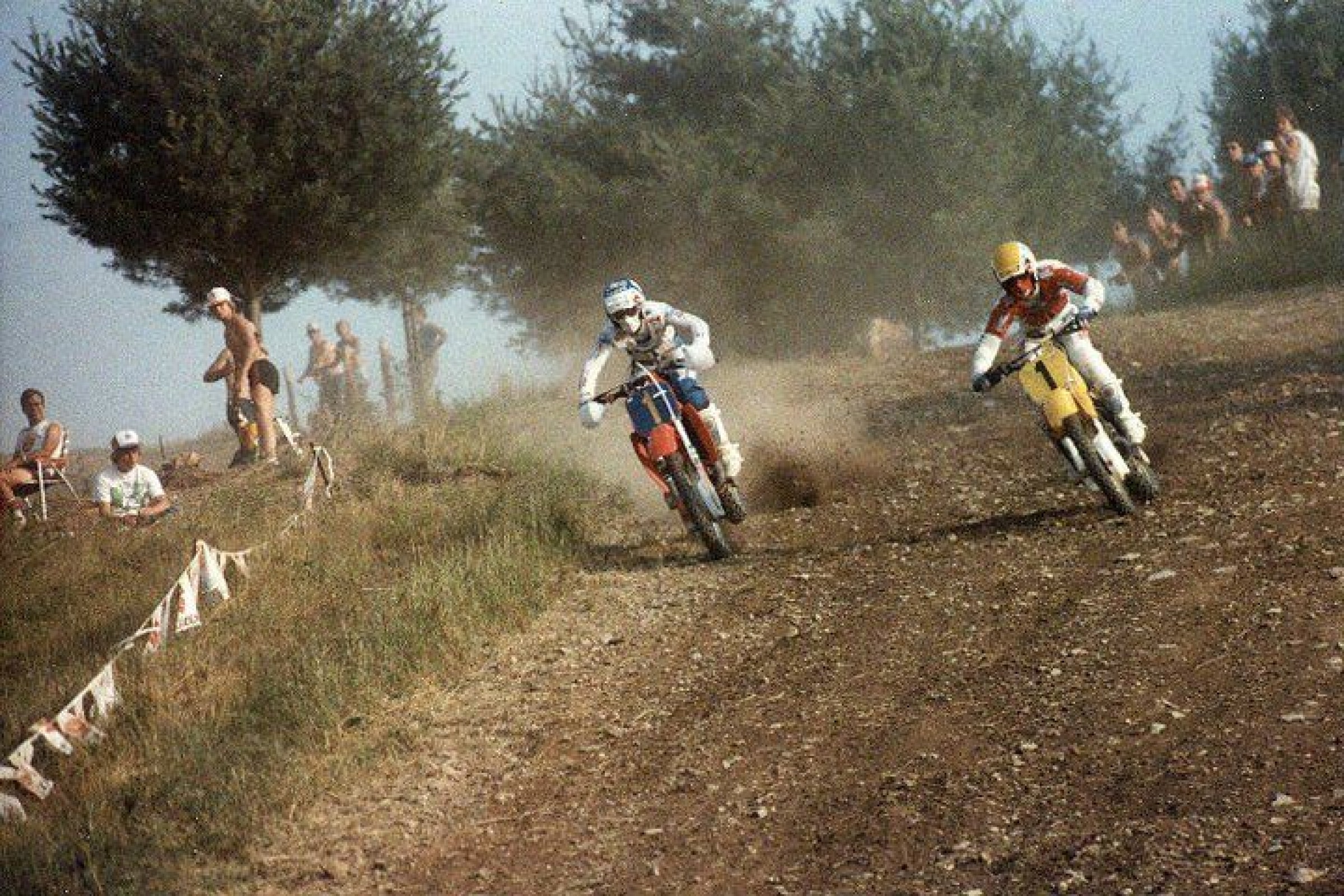 On This Day in Moto July 22

Retired NBA legend Bill Russell of the Boston Celtics and motocross legend Gary "The Professor of Motocross" Bailey meet up together at Saddleback Park to film an episode of ABC's American Sportsman program, where Bailey teaches the 6' 11" Russell how to race motocross.

"As far as the results go, Bill wasn't in the limelight," reported Cycle News on Russell signing up for the Old-Timers class on a Yamaha MX250. "He finished last in (both) motos. But what was amazing was how he wasn't afraid to turn on that throttle. He came over the jumps completely airborne, landed backwheel-first, and screwed it on."

This video is worth all 18 minutes!

This would be the modern-day equivalent of Shaquille O'Neal showing up at Pala to have Ryno teach him how to ride dirt bikes!

The 125 Class was won by Pro Circuit Kawasaki rider Mike Brown with 1-1 moto finishes. Yamaha of Troy's Ernesto Fonseca was second with 2-6 moto finishes and Ohio's own Brock Sellards was third on his KTM.  Series points leader Travis Pastrana struggled to 10-5 finishes after a big crash on the last lap of the Unadilla National the week before left him with a concussion.

James Stewart won the Thunder Valley 250 National with unlikely 4-2 scores. The Kawasaki rider had suffered a concussion in practice the week before at Unadilla and sat out the race, despite it being the first race of 2007 that the soon-to-retire Ricky Carmichael raced. Stewart rode cautiously but the cards fell right in place for his overall chances, as KTM's Mike Alessi went 3-3 for second and Honda's Andrew Short went 2-4. The moto winners were not consistent, as Honda's Davi Millsaps went 1-8 and Kawasaki's Tim Ferry went 11-1.

In the 125 Class, Pro Circuit Kawasaki teammates Ben Townley and Ryan Villopoto battled to a draw, with the New Zealander BT101 getting the overall win on the basis of the better second moto. Third overall was GEICO Honda's Josh Grant.