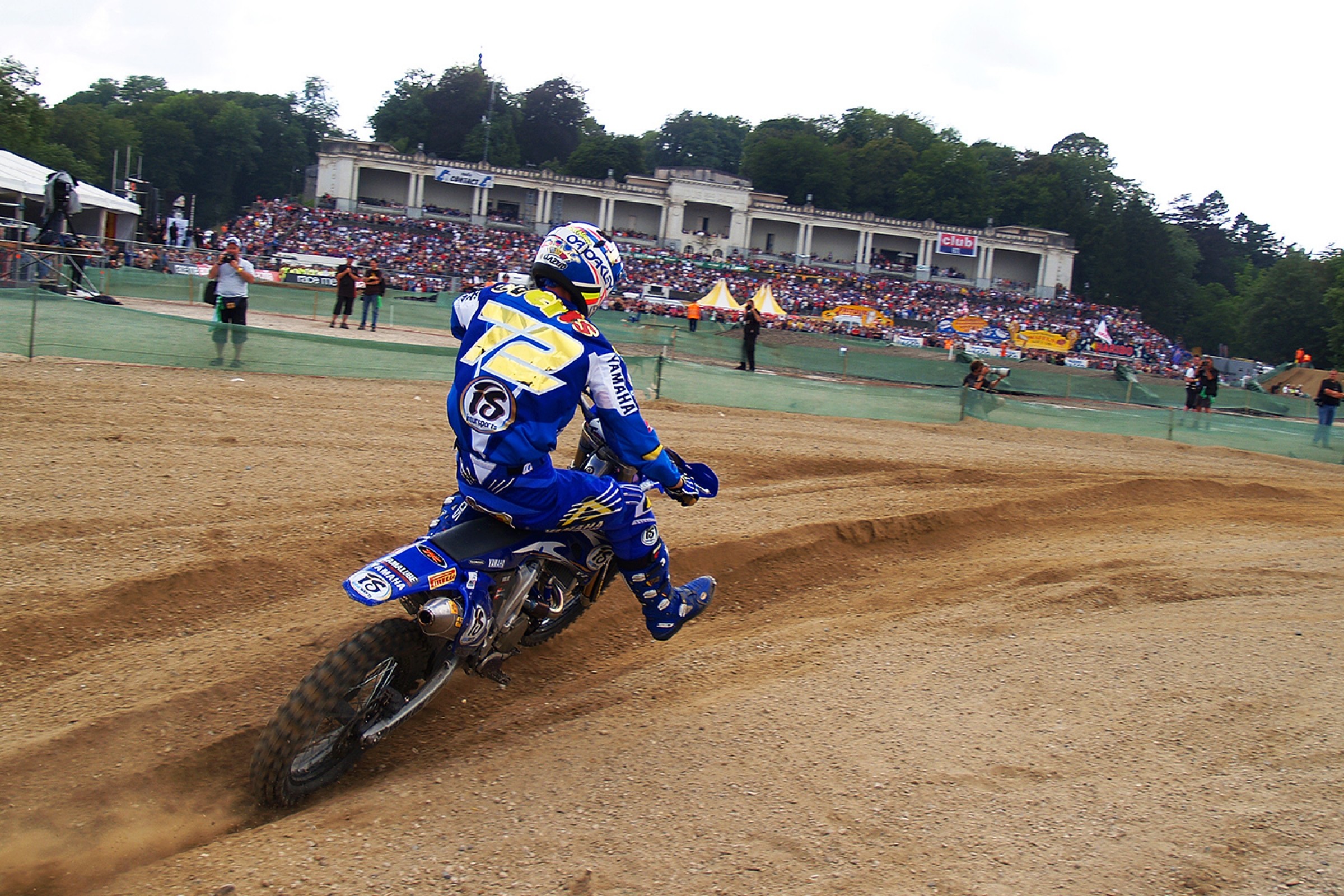 On This Day in Moto July 20

American title hopeful Brad Lackey went 2-2 at the 500cc Grand Prix of West Germany for the overall win and series points lead with two rounds to go, as his primary rival Andre Malherbe only scored eighth-place points in one moto. Lackey led the points with 192 to Malherbe's 185 with only Belgium and Luxembourg yet to be run. Honda-mounted Roger DeCoster, soon to retire, was third in one moto.

The day that Kevin Windham finally beat Ricky Carmichael on that Honda CRF450. It happened at Unadilla, a track RC was not particularly fond of, even though he won there eight of the ten times he visited. Carmichael was on a 21-race outdoor national winning streak, dating back to late summer '01, and Windham since Steel City '01, which was the race where Ricky rode the 125 class. But on this day at 'Dilla, Windham was on perfect form, flowing around the New York track on his Factory Connection-tuned 450. Windham went 1-1 in what was arguably his best outdoor race ever. Carmichael was a close 2-2, but the defeat was obviously a bitter one.

In the 125 Class, James Stewart again went 1-1, but he was way behind in the points after missing the first four rounds. Behind him came the three-way battle royale for the title: Grant Langston, Ryan Hughes, and Mike Brown, who finished in that order behind him.

Also in 2003, Stefan Everts was streaking over in Europe. He was in the middle of a nine-race winning streak that would see him win the MXGP World Championship on a Michele Rinaldi Yamaha. On July 20, the circuit went to Namur in Belgium to race on The Citadel, the most famous of all motocross tracks. Everts would win, with fellow Belgian Joel Smets (KTM) second and Suzuki's Mickael Pichon (France) third.

Here's the thing: Because they were using a one-motor format in 2003, Everts, always in superb shape, decided to go ahead and race the 125cc class as well on a YZ250F. He was in the middle of a seven-race winning streak there, too, and he would win Namur in that class as well over series points leader Steve Ramon. Everts did not start racing both classes until the fourth round, which meant he basically left 75 points on the table for Ramon, a Belgian KTM rider. By the time the season ended, Everts lost what would have been a historic double world championship by just 15 points.

James Stewart's perfect season rolled on through Unadilla with another two-motor sweep on his Chevy Trucks Kawasaki KX450F. It was a great race for Stewart, given some of the big crashes he had had there in '05 (when he landed on Carmichael) and crashing out of practice in both '06 and '07. Suzuki riders Michael Byrne (from Australia) and Cody Cooper (New Zealand) followed in second and third. With his teammate Tim Ferry fourth and Brazilian rider Antonio Balbi in fifth, there were three riders from below in the equator in the top five.

In the Lites class, Ryan Villopoto topped everyone in both motos on his Monster Energy/Pro Circuit Kawasaki, with Ryan Dungey second and Brett Metcalfe third (and also from Australia).