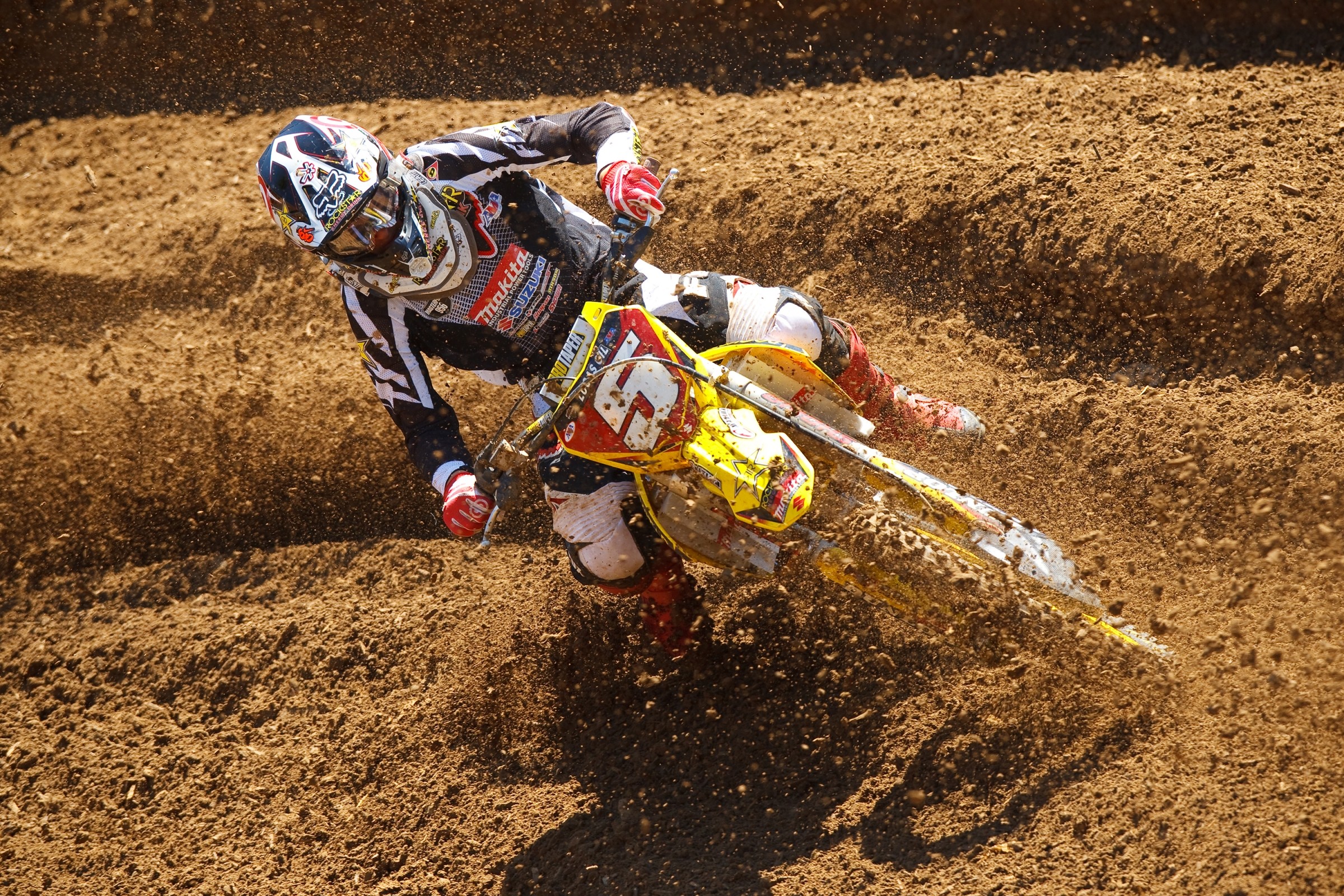 On This Day in Moto July 17

The 1982 AMA/Wrangler Supercross Championship returned to its cradle, otherwise known as the Los Angeles Coliseum. Yamaha-mounted Mike "Too Tall" Bell topped his teammate Broc Glover and Team Honda's future champion David Bailey, but it was current champion Donnie Hansen who finished sixth in LA and clinched the title from Suzuki's Mark "Bomber" Barnett. No one knew at the time that this would be the last AMA Supercross of Hansen's career.

A standalone 500 National took place at Lake Whitney Cycle Ranch in Texas, and the winner was homegrown Maico rider Steve Stackable with 1-1 scores, followed by the 2-2 of Husqvarna rider Kent Howerton (also a Texan) and the 3-4 of Honda-mounted Marty Smith. Marty's rival for the title, Bob Hannah, was fourth on his Yamaha. According to Cycle News, the temperature was near 110 degrees Fahrenheit.

And with many of the top Americans in Texas for the 500 National, the 125cc U.S. Grand Prix would go off without the winner of the race the past two years, Marty Smith, nor his rival Hannah. Suzuki's soon-to-be three-time FIM 125cc Motocross World Champion Gaston Rahier took the win over U.S.-based Suzuki rider Koji Masuda and Team Moto-X Fox rider Pat Richter. The win was enough for Rahier to clinch the title with two rounds yet to be run.

Steel City Raceway in Delmont, Pennsylvania, hosted its first AMA 125/500 National, with Honda's Rick Johnson going 1-1 to take the win over Kawasaki's Ron Lechien's 2-2, the 3-3 of Australian Jeff Leisk, and the 4-4 of Yamaha rider Jeff Stanton.

In the 125 Class, Suzuki's Erik Kehoe picked up the win, giving him two in his career at Steel City, as he had also won the previous year's 125cc U.S. Grand Prix there. Honda's George Holland and Guy Cooper were second and third.

Missing from that '88 Steel City National were Team Yamaha's Broc Glover and Micky Dymond. The team decided to stop racing the 500cc class, as they had stopped development (at least for '88) on their YZ490. That meant that Glover, six-time AMA Pro Motocross Champion, had ridden his last race for Yamaha after being with the brand exclusively since 1977. His last race with the brand (as well as in The Vault of AMA SX/MX racing) was the '88 AMA Supercross finale at the Los Angeles Coliseum, which he won. Glover took an offer from KTM to move to Europe in '89 and race the 250cc Grand Prix series. Glover won his last moto over there in Angreau, Belgium, making him the only rider we know of whose last entry in both The Vault (AMA results) and MeMotocross (GP results) is a win.

Over in Europe, HRC Honda factory rider Eric Geboers, the reigning FIM 250cc Motocross World Champion, won the Dutch 500cc Grand Prix at Lichtenvoorde. Geboers went 1-2 for the overall ahead of KTM rider Kees Van der Ven, who finished 7-1. Geboers had come into the race nine points behind his teammate David Thorpe, who crashed at the end of timed training on Saturday and suffered a broken collarbone, effectively ending his '88 season.

Ryan Dungey took a popular hometown win in the 450 Class at the Spring Creek National. The Rockstar/Makita Suzuki rider went 1-1 to top the 3-3 of Team Honda's Andrew Short and a fantastic 8-2 by privateer Kyle Regal.

In the 250 Class, GEICO Honda's Trey Canard used 2-1 scores to take the win over Monster Energy/Pro Circuit Kawasaki's Dean Wilson and Tyla Rattray. Canard's rival in the points, Christophe Pourcel, went 1-10 for fifth overall, right behind the fourth member of the Pro Circuit team, Jake Weimer. Pourcel had worked hard for the first moto win, and it zapped a lot of his energy. With the rain coming down hard during the second moto, CP377 could only muster a tenth.