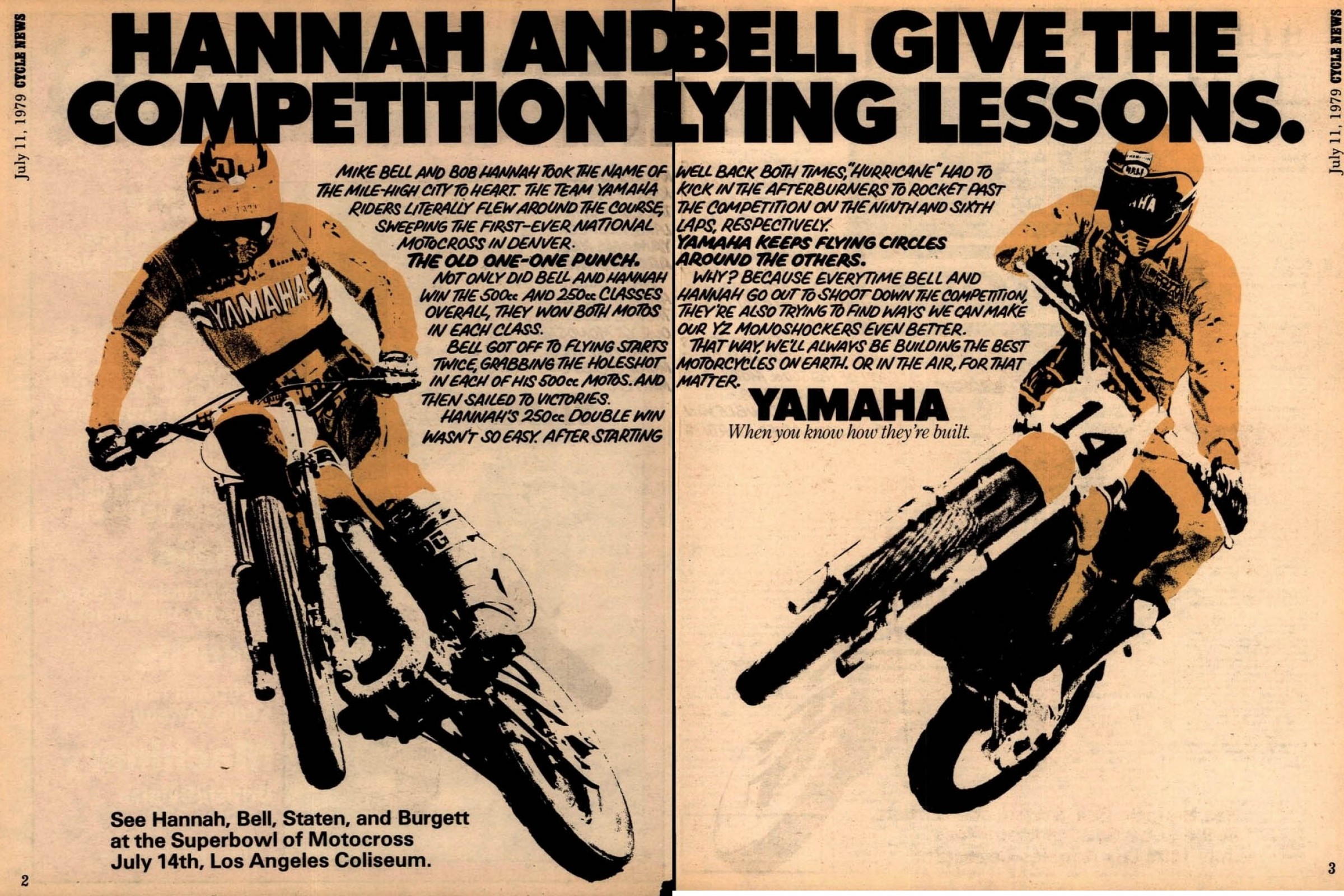 On This Day in Moto June 24

German Maico rider Willi Bauer outruns the heavily favored Roger DeCoster of Belgium to win the first official Carlsbad 500cc U.S. Grand Prix of Motocross. The race is the first true FIM World Motocross Championship held in the United States. The race was filmed by ABC's Wide World of Sports, but we haven't had much luck finding any of the old clips on the internet. But here is someone's home movies to give you the vibe.

And here is a great photo feature from Dirt Rider.

The race was deemed a critical and commercial success for promoter Gavin Trippe, and the race would become a staple on the GP circuit well into the eighties.

Yamaha's Mike Bell gets his first AMA Supercross win at the Los Angeles Coliseum, and it comes just six days after "Too Tall" Bell got his first AMA National win in the 500 Class at the Cycle World USA 500 National in Missouri. Bell topped his Yamaha teammate Bob Hannah and Honda's Jimmy Ellis for a breakthrough win. Two years later he would win the 1980 AMA Supercross Championship.

Here's a really cool short film made by Todd Huffman of the MX Files about the race and the win with Mike Bell, Bob Hannah, and more.

June 24 was obviously a very good day for Mike Bell because the following year, with the 24th falling on a Sunday, Bell won the Colorado National at Lakewood Sports Cycle Park. Bell went 1-1 to top Suzuki's Danny LaPorte and Kawasaki's Gaylon Mosier.

In the 250 Class Yamaha's Bob Hannah won over Honda's Marty Tripes and Suzuki's Kent Howerton. Finishing fourth after leading both motos for more than 20 minutes was local hero Boo Stichter, who was riding a privateer KTM.  Stichter ended up finishing 4-5 in the motos.