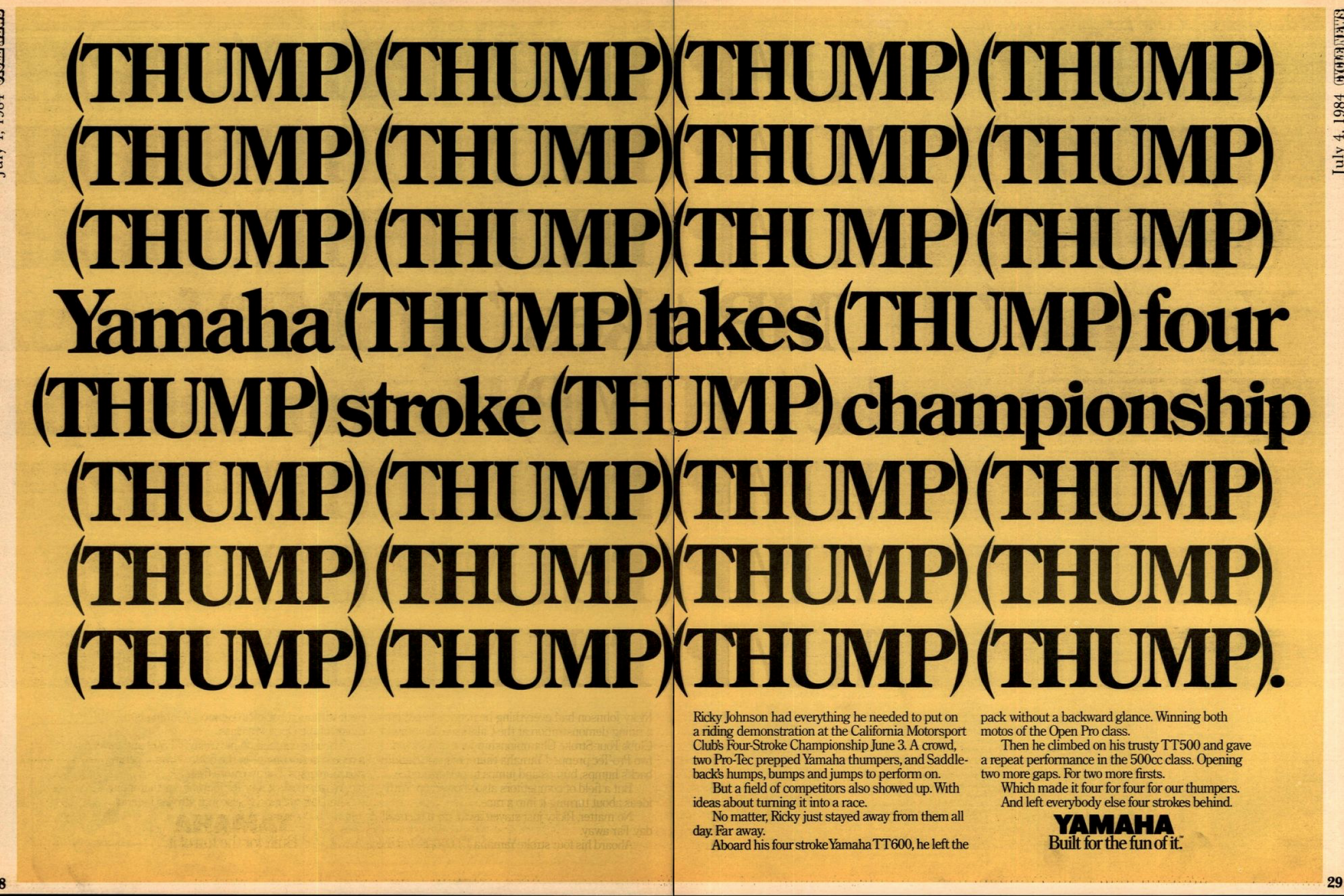 On This Day in Moto June 3

What no one realized at the time that not only was this the last "thumper" national at Saddleback, it was one of the last big races ever to be held at the popular riding facility, as the landowners (Irvine Company) kept finding themselves in litigation with people who claimed an injury while riding at the park. By the end of summer, .Saddleback Park would close forever.

Meanwhile, over in Italy, Heinz Kinigadner went 1-1 on his Austria-made KTM motorcycle in the FIM 250cc Motocross World Championship. Kinigadner, who was hoping to become the first Austrian to win a world title in motocross, bettered Italy's own Moricio Dolce in both motos. His primary title rival, French Yamaha ace Jacky Vimond, only scored points in the first moto with a fourth-place finish.

In the FIM 125cc Motocross World Championship, held in Switzerland, Italy's Michele Rinaldi won aboard his works Suzuki, finishing 1-3 for the overall win. The second moto was won by relatively unknown Italian rider Romano Nannini, the one and only GP moto win of his career.

And in the 500cc Grand Prix of Germany, Honda riders Andre Malherbe and Eric Geboers traded moto wins, with Malherbe taking the overall.

Rocky Mountain ATV/MC/Butler Brothers' KTM rider Blake Baggett won the first AMA 450 National of his career with a somewhat stunning upset of Monster Energy Kawasaki's Eli Tomac at Thunder Valley in Colorado, at what is effectively Tomac's home race. Baggett went 3-1, using an around-the-outside line on Tomac to take the lead in the second moto. All in all, it was an off-day for Tomac, who was only seventh in the first moto.