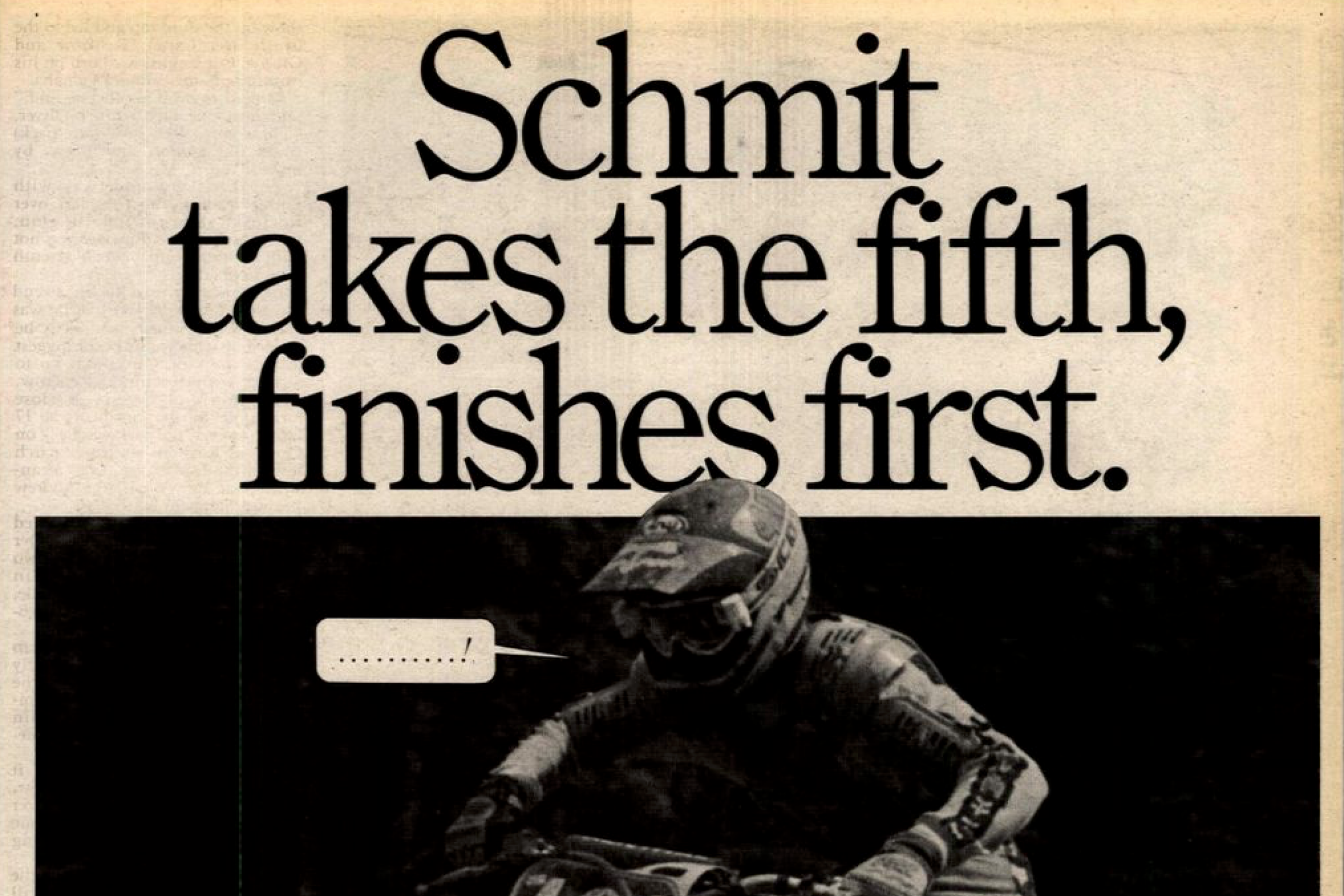 Honda extended its sales bonus for the revolutionary new Elsinore CR250M from May 31 to July 31. The lightweight two-stroke dirt bike caught on as Gary Jones, his brother Dewayne, and Marty Tripes continued to excel on their Elsinores in the AMA 250 National Motocross Championship.

The one and only AMA National at Secession MX in South Carolina took place, and Team Honda's Rick Johnson won the 250 Class while Suzuki's Donny Schmit won the 125 Class. Johnson went 2-1 to Kawasaki's Jeff Ward's 1-2, with Suzuki rider Johnny O'Mara third with 4-3 scores.

The 125 Class was a little wilder—much more so! Future two-time FIM Motocross World Champion and AMA Motorcycle Hall of Famer Schmit won the overall with unlikely 7-1 moto scores, topping Guy Cooper's 6-3 and Micky Dymond's 1-9 score. The man with the with the absolute worst luck of all was Honda Support rider Larry Brooks. The future team manager of numerous AMA Supercross Championships had this thing won, going second in the first moto and running away with the second moto before his bike DNF'd with a mechanical problem. It was Larry's race to win, but fate dealt him other cards. Like Kyle Lewis, Ron Tichenor, Doug Dubach, Mike Fisher, and Michael Byrne, he must be considered among the best riders of recent vintage to have never won an AMA National.

Belgian riders Eric Geboers (Suzuki) and Marc Velkeneers (Yamaha) won the motos at the FIM 125cc Grand Prix of Poland, but the overall went to the 4-2 scores of reigning series champion Harry Everts to earn himself another 125 GP win.

And in Bulgaria, soon-to-be 250cc Motocross World Champion Neil Hudson of the U.K. won the overall with 1-2 finishes, though he did lose the second moto to reigning 250cc Grand Prix #1 Georges Jobe.

Georges Jobe won this time in the FIM 500cc Grand Prix of Germany with 1-1 scores. Finishing second in the first moto was longtime Racer X friend and contributor Rob Andrews on a Honda.

In the 250 Class, Pekka Vehkonnen and Eric Geboers swapped moto wins, with soon-to-be 250cc World Champ Geboers taking the overall aboard his Suzuki.