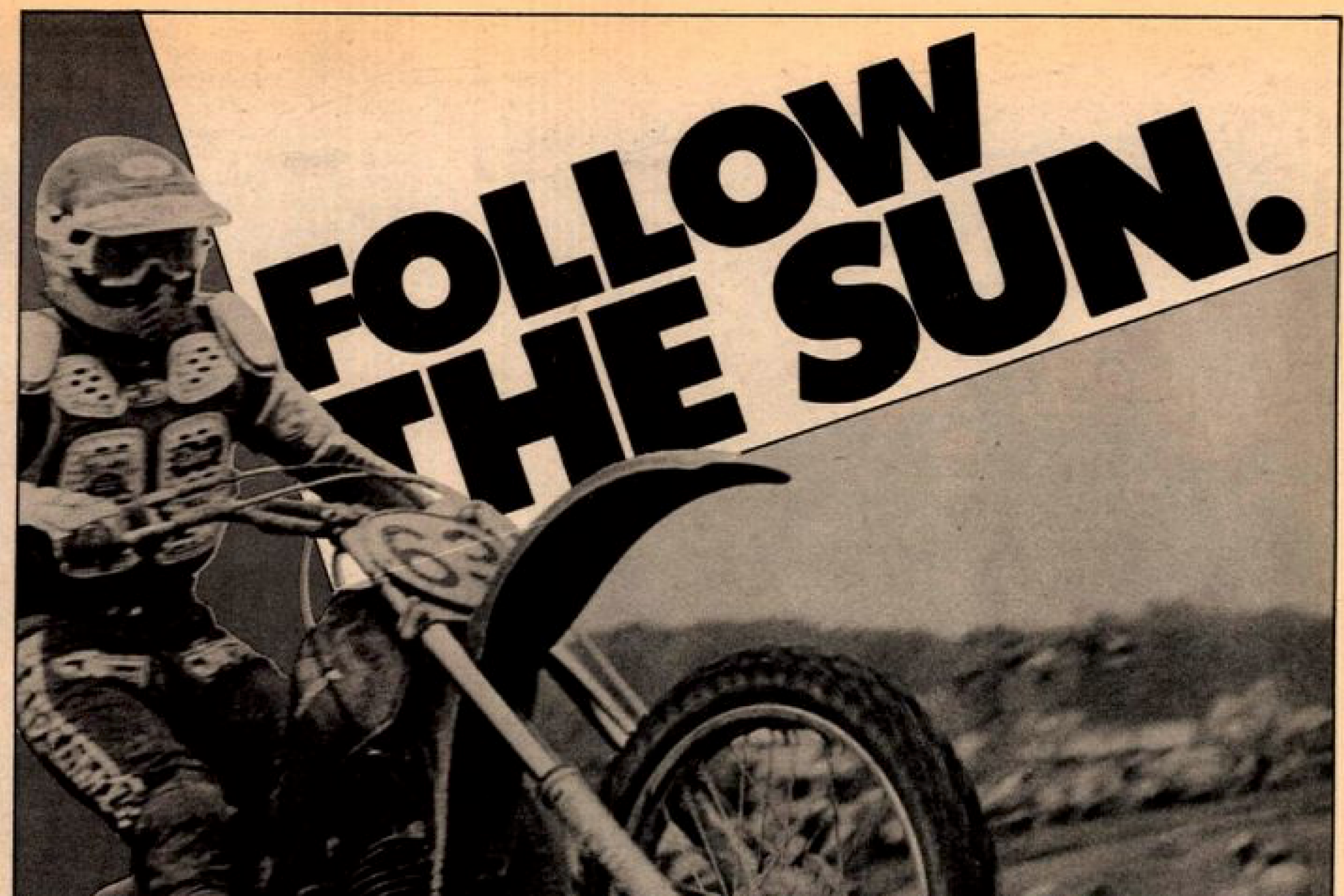 At the old Castle Point Motocross Park in New Castle, Kentucky, in a race that many consider to be one of the dustiest of all time, Husqvarna rider Kent Howerton won the AMA 250 National, his second win in the first three rounds. The Texan was followed by Suzuki riders Billy Grossi and Tony DiStefano; the latter would eventually win the 1975 AMA 250 National Motocross Championship.

Over in Sweden at the FIM 125cc Grand Prix, Suzuki rider Gaston Rahier kept his hot streak going with his seventh moto win in a row in what was the first year of the FIM 125cc Motocross World Championship. Rahier was followed home in the first moto by Andre Malherbe, the future FIM 500cc Motocross World Champion, then in the second moto by Akira Watanabe, the eventual 125cc Champion. For his own part, Rahier would win three straight 125cc world titles.

And in Finland, Team Suzuki's Roger DeCoster took a momentum-swinging win over his rival Heikki Mikkola, topping the Husqvarna rider in both motos in front of his hometown fans.

Check out this footage of the FIM 125cc Grand Prix of Great Britain: