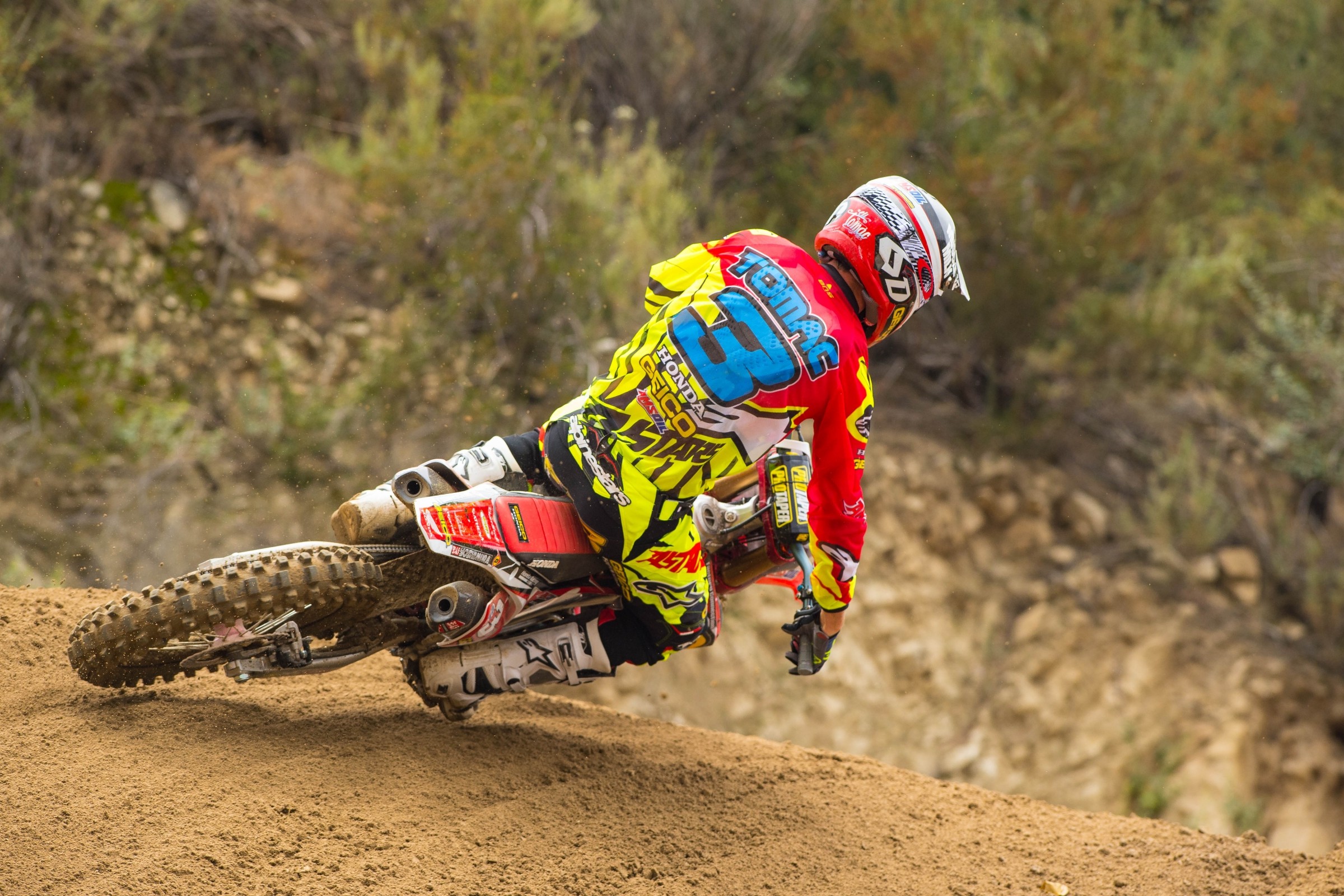 Glen Helen hosted the second round of the Lucas Oil Pro Motocross Championship, and Eli Tomac went 1-1 on his Honda CRF450, dominating the day for the second race in a row. JGR Yamaha's Justin Barcia went 2-4 for second while Red Bull KTM's Ryan Dungey went 6-2 for third overall.

In the 250 Class, Red Bull KTM's Marvin Musquin took a 1-1 overall and led a KTM sweep of the podium, as Justin Hill and Jessy Nelson were second and third on their TLD KTMs. Defending series champion Jeremy Martin would start in a hole after his bike wouldn't start and he missed the drop of the first moto gate. He would recover to salvage a fifth-place finish.

Glen Helen marked the opening round of the 2009 Lucas Oil Pro Motocross Championship, and Monster Energy Kawasaki's Ryan Villopoto, the three-time 250 Class Champion, won his first-ever 450 Class National with 1-1 finishes. Suzuki's Mike Alessi finished second, with JGR Yamaha's Josh Grant third. Suzuki's Chad Reed, back in the Nationals after some time as SX-only, finished fourth. He would eventually move to the front of the pack and win the series.

In what's now called the 250 Class (and not the Lites), Rockstar/Makita Suzuki rider Ryan Dungey went 2-1 for the overall win while Monster Energy/Pro Circuit Kawasaki's Christophe Pourcel finished 1-7 for second overall, followed by Tyla Rattray and Tommy Searle. Pourcel, Rattray, and Searle had all moved to the U.S. from the FIM Motocross World Championship.

It's worth watching just how fast rookie Justin Barcia is!

Meanwhile, in Sittendorf, Austria, Suzuki's "Bad" Brad Lackey got the overall win with 3-1 moto scores to the 1-3 of British Kawasaki rider David Thorpe.