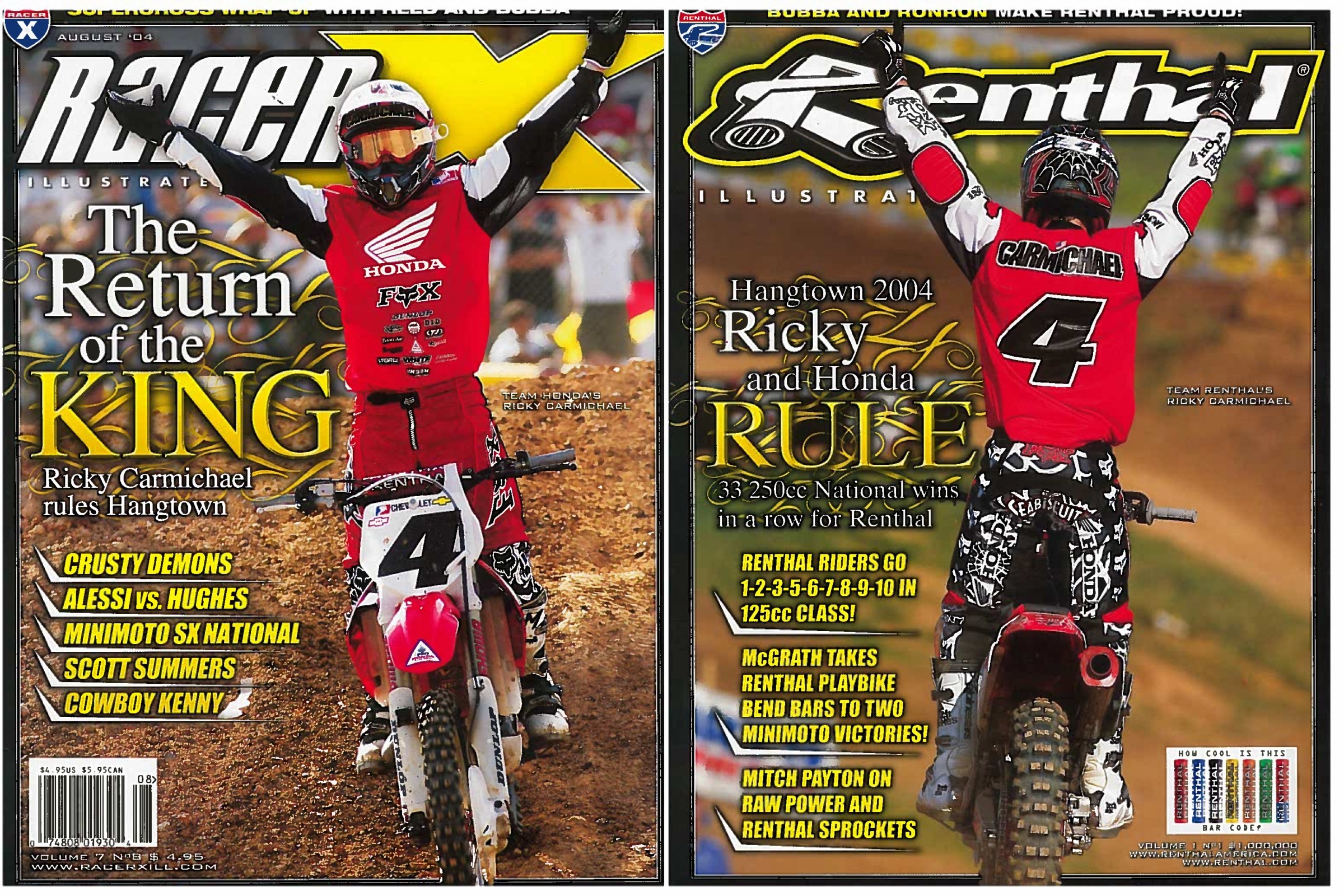 Appalachian Highlands MX Park, the replacement for Appalachia Lake, brought the fifth round of the 1976 AMA Pro Motocross Championship to Keyser's Ridge, Maryland. And because it was a standalone 250 National, 125cc points leader Bob "Hurricane" Hannah showed up and won the overall with a 2-1 score after passing "Jammin'" Jimmy Weinert on the last lap. For Hannah, it was his first 250 National win (though he did win the Florida Winter-AMA Series in the 250 class earlier in the year). Weinert ended up second on his Kawasaki, with Can-Am's Jimmy Ellis third.

Over in Russia, the FIM 250cc Grand Prix was won by home rider Anatoly Ovchinnikav on a KTM with 2-2 finishes. The motos were won by title combatants Heikki Mikkola, from Finland, and former 250cc World Champion Gennady Moiseev, another Russian, but neither rider scored in the other moto.

Meanwhile, up in Finland, another man hoping to be "first American" had an off-day. Suzuki's Brad Lackey went 8-6 in the FIM 500cc Grand Prix at Ruskeasanta. The overall winner was Lackey's Suzuki teammate Jean-Jacques Bruno of France.

Here in the U.S., Donnie Hansen won the Southwick AMA 250 National over Yamaha's Ricky Johnson and a trio of fellow Honda riders, all from the Southeast: Virginia's David Bailey and Florida's Kenny Keylon and Steve Martin. Hansen went 2-1 to RJ's 1-2 finishes.

In that same day's 500 National, Suzuki-mounted Kent Howerton took the win in the Southwick sand over Honda riders Chuck Sun and Jimmy Ellis. But the real story for the New England faithful was the fact that local hero Jo Jo Keller went DNF-1 after his rear shock on his production-based Honda CR480 lost all of its fluid. It was the second year in a row that Jo Jo won a National moto at The 'Wick.

After missing the entire 2004 AMA Supercross Championship with a knee injury—and abdicating the crown he'd worn for three consecutive years—Ricky Carmichael returned to racing at the Hangtown Classic, the opening round of the 2004 AMA 125/250 Pro Motocross Championship. He was on a Honda CRF450 for the first time, and he absolutely dominated the competition. Carmichael won both motos, the first steps to what would be his second perfect season in outdoor motocross. Yamaha riders David Vuillemin and Chad Reed, the newly-crowned AMA Supercross Champion, finished second and third.

In the 125 Class, James Stewart had to put up with another unexpected challenge from Stephane Roncada, who was riding a KXF 250 against Stewart's KX125, but James eventually cleared away. This race is also remembered as the pro debut for Josh Grant, who holeshot the first 125 moto on a CRF250 Honda and appeared to be pulling away from everyone, only to stall the bike and not be able to restart it.

Hangtown was the second round of the '99 AMA Motocross Championship, as Glen Helen opened one week earlier. Team Honda's Kevin Windham scored the 250 Class overall win with 3-2 to a 5-1 for Kawasaki's Jeff Emig and a 1-6 for his Honda teammate Lusk. It turns out that Emig's moto win was the last of his outdoor career.

In the 125 Class, Ricky Carmichael went 2-1 to top the 1-2 of FMF Honda rider Tallon Vohland and his teammate Brock Sellards (5-4).

Today is also the birthday of Broc Glover, a six-time AMA Pro Motocross Champion, a Trans-USA Champion, and the winner of 10 AMA Supercross main events. He went 3-0 in his three Motocross and Trophee des Nations appearances, is an AMA Motorcycle Hall of Famer, and still fits perfectly into that pink JT Racing gear he made popular in the eighties!