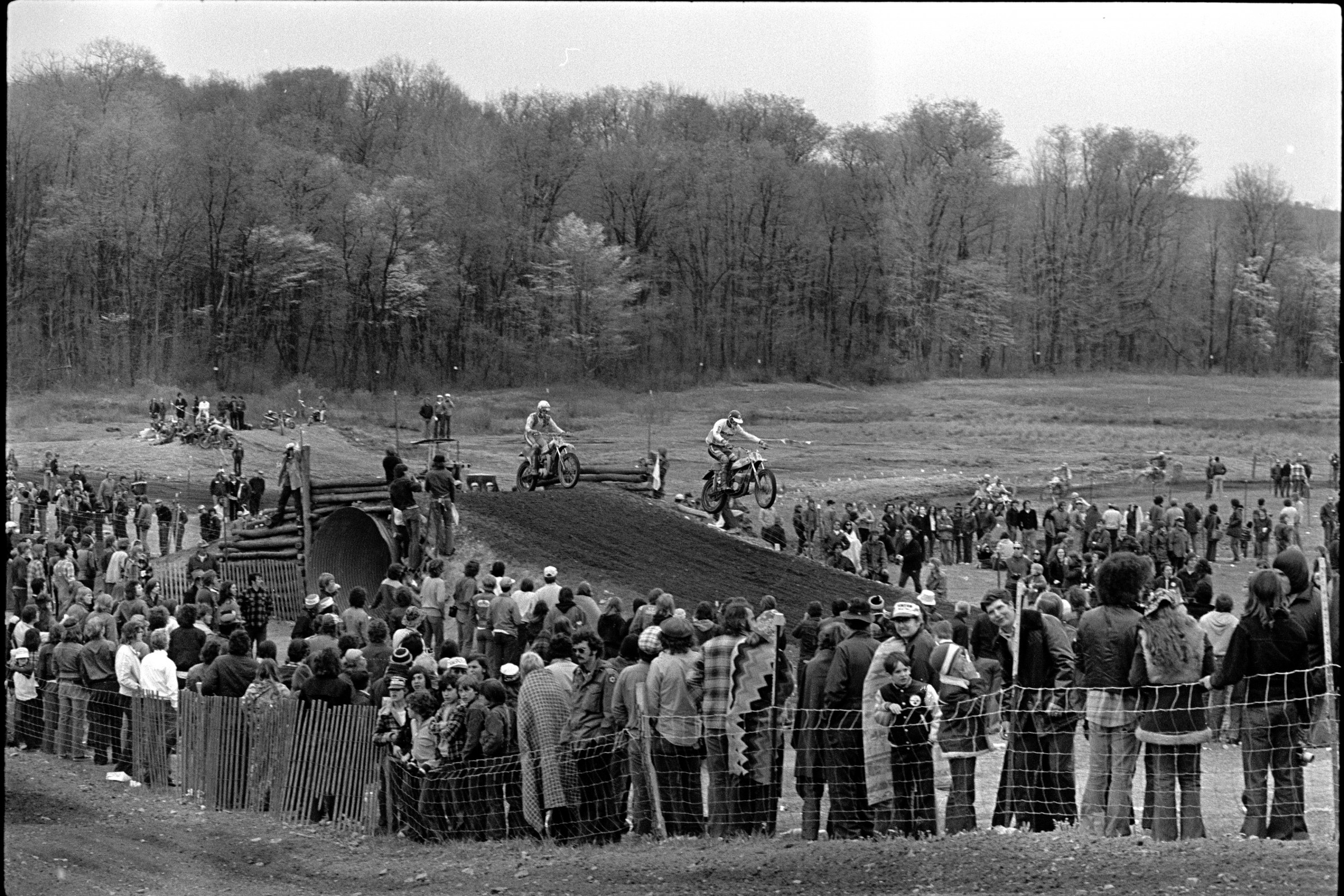 On This Day in Moto May 5

In the 250 Class it's was a win for another defending champion on a Honda, Jeremy McGrath. He went 1-1 to easily top Kawasaki's Jeff Emig's 2-4 and the 4-3 of Suzuki's Mike LaRocco.

The Los Angeles Police Department announced that the Mickey and Trudy Thompson slayings from March 16 were contract murders. The supercross promoter and his wife were gunned down in their driveway as they left for work that morning, but no cash or jewelry were stolen. Trudy was wearing at least $2800 in jewelry and Mickey had $600 cash on him. The police also offered a reward of $175,000 to anyone who had knowledge of the killing. The police also announced it had begun looking into the acrimonious relationship between Thompson and his former partner Michael Goodwin, which started over who had control of the Southern California "dirt dates" for stadiums like Anaheim, San Diego, the Rose Bowl and the LA Coliseum.

Czech rider Miroslav Halm won the 250cc Grand Prix in Police, Czechoslovakia. It was a great day for the country's brand CZ as Halm was the overall winner with 5-2 moto scores and fellow Czech CZ riders Jaroslav Falta and Jiri Churavy were the moto winners, and second and third overall, respectively. The top non-Czech was U.S. rider Jim Pomeroy, who scored third in the second moto on a Bultaco. And get this: There was only one Japanese bike in the top ten in either moto, and it was the Suzuki of Gaston Rahier.

Ricky Carmichael capped his nearly perfect run through the 2001 AMA Supercross Championship with his 13th win in a row to close out the series. Carmichael's Las Vegas win matched Jeremy McGrath's record of 13 straight from five years earlier. It also marked Carmichael's last SX win aboard a Kawasaki, as he will be switching to Honda at the end of the '01 AMA Motocross season. Yamaha's McGrath and Tim Ferry place second and third.

James Stewart ended one of the best runs of his supercross career with a seventh straight win to close out his championship run in Las Vegas. Yamaha's Chad Reed was second, Honda's Kevin Windham third.

With the title already in hand, Ryan Villopoto is forced to sit out the '12 Las Vegas finale due to a knee injury. It opened the door for his rival Ryan Dungey to close out his first season with KTM with a fourth main event win. Yamaha rider Davi Millsaps is second, Honda's Justin Brayton third.