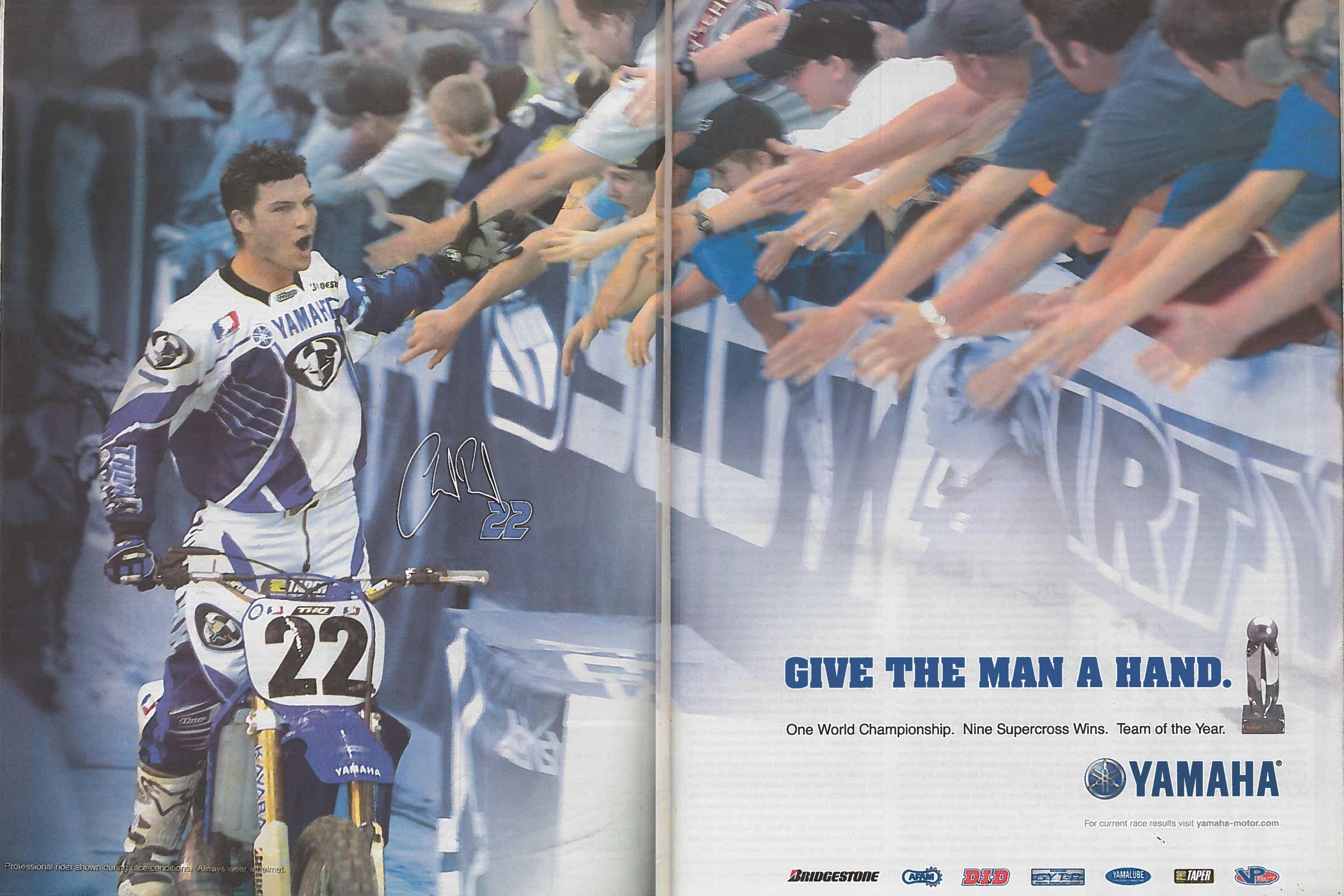 On This Day in Moto May 3

On the first night of a doubleheader weekend at the New Orleans Astrodome, series points leader Mike Bell scooped up the win on his Yamaha ahead of Honda's Chuck Sun and a trio of Suzuki riders: Darrell Shultz, Mark Barnett, and Kent Howerton.

The war was on in Southern California as promoters Mickey Thompson and Michael Goodwin battled for control of the lucrative market for dirt events and buildings like Angel Stadium in Anaheim, Jack Murphy Stadium in San Diego, and the Rose Bowl in Pasadena. With much fanfare, Thompson hosted what he called the MTEG Off-Road Championship Grand Prix Superstar 250 Pro Moto X and Off-Road Shootout and the "only Rose Bowl appearance" for superstars Rick Johnson and Jeff Ward. When they got to the Rose Bowl, they found an ultra-fast TT-style track, according to Cycle News, and maybe 40,000 fans. Johnson, who was on his way to winning the 1986 AMA Supercross Championship, topped Ward in this one-off race.

As for the Goodwin-Thompson war, within two years it would lead to bankruptcy for Goodwin, followed by the contract murders of Thompson and his wife Trudy. After a very long and somewhat chaotic legal saga, Goodwin would be charged with the murders some 13 years later and convicted of double-murder with special circumstances. He is currently serving double-life sentences with no chance for parole.

Yamaha's Chad Reed won his sixth straight main event to close out the 2003 AMA/EA Sports Supercross Championship, but Honda's Ricky Carmichael was second (also for the sixth race in a row) and closed out the championship on top. RC's Honda teammate Ernesto Fonseca placed third, also for the sixth straight time, and he would finish third to Carmichael and Reed in the final point standings.

Here's where it gets confusing. The 2003 AMA Supercross Championship was also overlapping with the first FIM World Supercross GP Championship, a result of the confusing battle between the AMA and SX promoter Clear Channel Entertainment. CCE had added an FIM sanction the previous fall and scheduled two races in December to take place in Europe. They were mandatory for the FIM title, but not for the AMA title. Chad Reed went, Ricky Carmichael did not. So while Carmichael could claim the AMA Supercross title, Reed claimed the FIM World Supercross GP title.

The 125 class was practically a demolition derby. First, 125SX East Region Champion Branden Jesseman crashed on press day and snapped his wrist. Then 125 West Region Champion James Stewart suffered an epic crash in the main event, sustaining possibly the first of many concussions, and suffered a cracked collarbone, too. Motoworld Suzuki rider Andrew Short took advantage of the absence of the two champions at the end of the race and claimed his first professional win.

(Go to the 29-minute for the start of the main; Stewart's epic crash is not long after.)