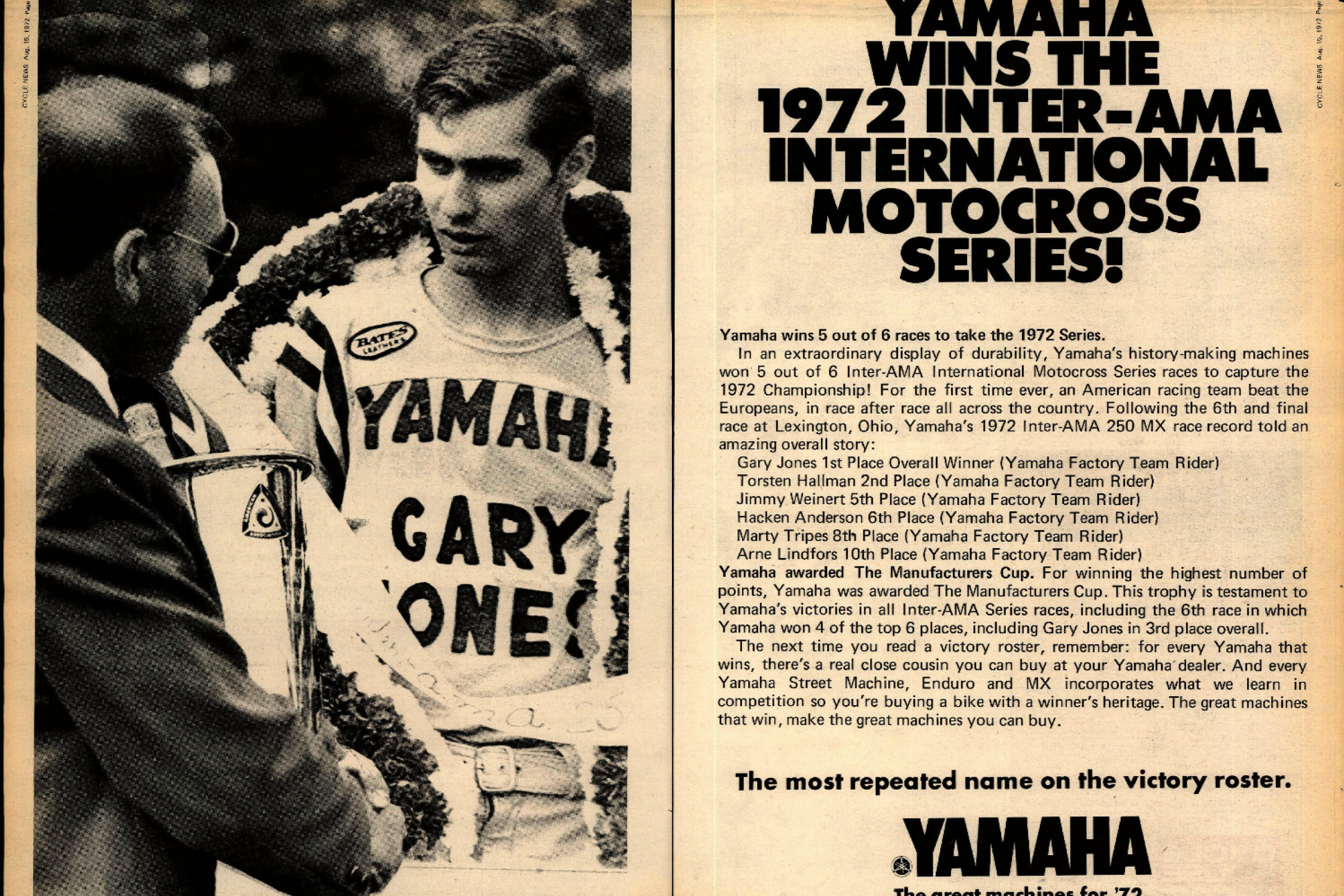 On This Day in Moto April 22

Gary Jones is born. He will go on to become one of the top riders in the early years of American motocross, finishing as top-American in the 1971 Inter-AMA Series, then winning it in 1972, and then winning the first three AMA 250cc National Motocross Championship (1972-'74). The championship trophy for the 250 class in Lucas Oil Pro Motocross is named the Gary Jones Cup in his honor.

Also, this was the race where Suzuki's Roger DeCoster first lined up with that Ride "leading link" type front end, which involved two Ohlins shocks.

At the old Charlotte Memorial Stadium Jeremy McGrath clicked off another win as he rushed toward the 1995 AMA Supercross Championship, which would be his third in a row for Team Honda. His teammate Steve Lamson finished second, with Sizzler/Noleen Yamaha rider Larry Ward third, and Yamaha factory pilot Jeff Emig fourth.

In the 125 class Tennessee's Mike Brown got a popular win, with F&S Suzuki rider Davey Yezek second and Pro Circuit Kawasaki's Mickael Pichon third. For Pichon it's enough to clinch his first title, the 125 East Region. (You'll see MX Sports' Roy Janson, the U.S. Supercross boss back then, hand him the #1 plate at the 19-minute mark below.)

The Dallas Supercross and the boat! As three-way battle for the title was raging between defending champion Ricky Carmichael, Kawasaki's James Stewart, and Yamaha's Chad Reed, the Suzuki-mounted Carmichael crashed on the fifth lap and his bike hit a sponsor boat sitting on the infield. He got up and then had a hard time starting his bike and would ultimately finish sixth. Stewart also crashed, and Reed was the beneficiary of both mistakes, taking the win and staying in the thick of things.