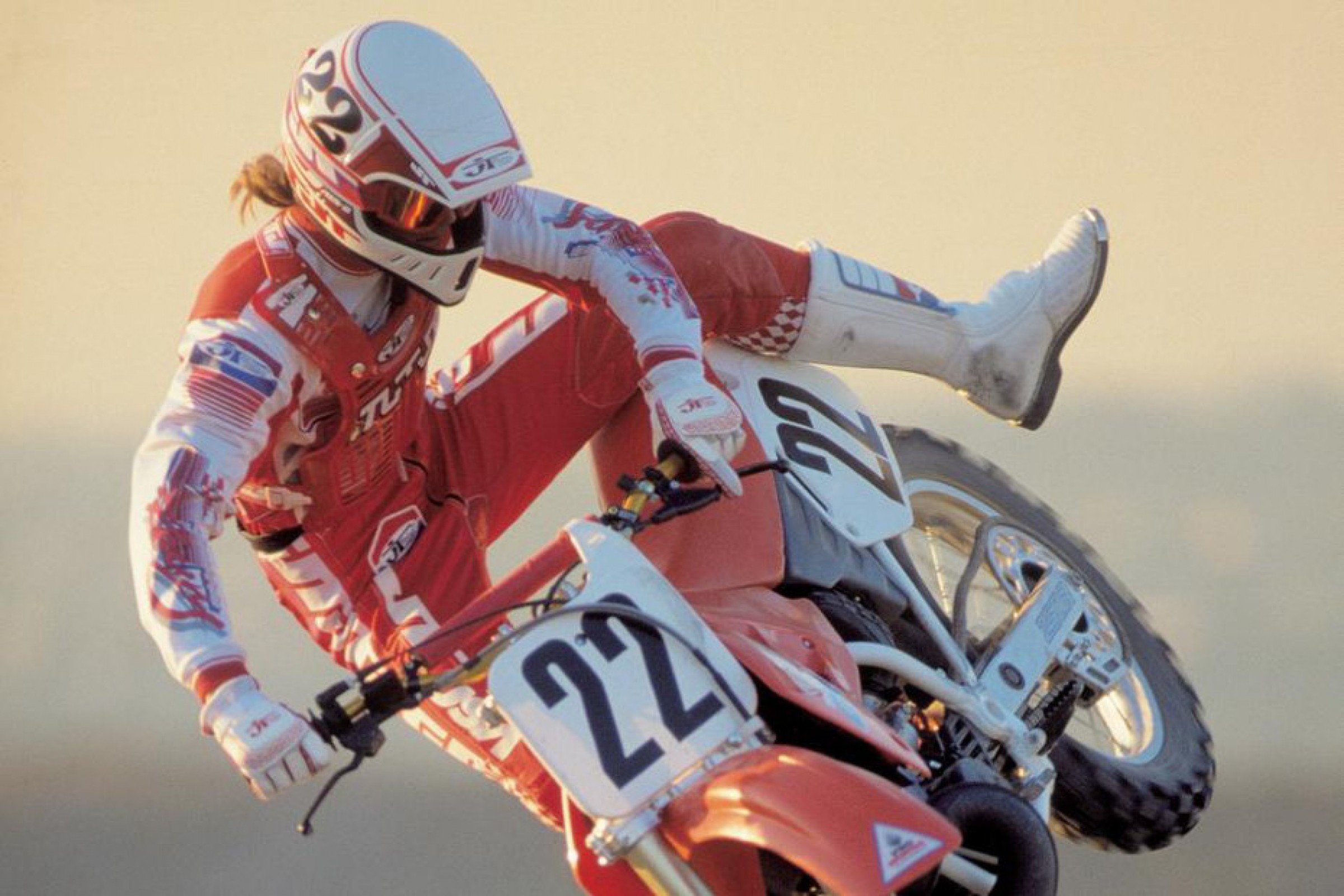 On This Day in Moto April 1

The day that Danny "Magoo" Chandler invented "the Magoo Double" by leaping up over a steep ledge at Saddleback Park.

Glen Helen promoter Bud Feldkamp announced that he was canceling the AMA Pro Motocross race set for there on May 29 and instead would host the sixth round of the FIM Motocross World Championship on May 30, in attempt to bring back the U.S. Grand Prix of Motocross. Feldkamp had been at odds with MX Sports Pro Racing, organizers of the Lucas Oil Pro Motocross Championship (and the sister company to this website) over the length and terms of a contract renewal. MX Sports Pro Racing would counter by announcing that they would move the Southern California round to the end of the schedule and run it at Pala Raceway.

Jean-Michel Bayle is born in Monasque, France. He will grow up racing motocross with his older brother Christian and then become a two-time FIM Motocross World Champion (1988 in the 125 class, 1989 in the 250 class). In the spring of 1989 he comes to America to train for the championship in Europe and ends up racing in the first handful of SX rounds, finishing last in his first race (Anaheim) and second in his fifth one (Miami). Then he enters the Gatorback 250 National opener and shocks the world with the overall win. He then goes back to Europe, wins the world title, and comes back to win the last 500 National of the year at Unadilla.

JMB then moves to America in an attempt to become the first European since Pierre Karsmakers to win the AMA Supercross title, which he does in 1991. And for good measure, he adds the AMA 250 Pro Motocross and AMA 500 Pro Motocross titles, making him the one and only rider in AMA history to win three major titles in one year. Then he announces that he wants to conquer road racing and began the quick transition onto the pavement.

He will not have the same good fortune there but his legacy in motocross is already established, having won multiple titles both here on the AMA circuit and over there on the FIM circuit. He is arguably the most versatile and naturally gifted rider we've ever seen.

And in what we all still wish was just a very big April Fool's Day joke, the last AMA National at Saddleback Park goes off, and it's sweet by Honda riders: David Bailey (500), Ron Lechien (250), and Johnny O'Mara (125). Within a few weeks the organization that owns the land, the Irvine Company, shuts it down due to insurance costs and also their hopes of developing the land. Cruelly, Saddleback Park still sits out there, unridden upon, and unbuilt upon.

Cycle News cover of the 1984 Saddleback National with riders dropping down Banzai Hill. We think #445 is Cagiva rider Ron Turner, #99 is Mike Beier, #1 is Johnny O'Mara, #4 is Jeff Ward, and #185 is Suzuki rider Gary Bowman, who finished a career-best third overall.