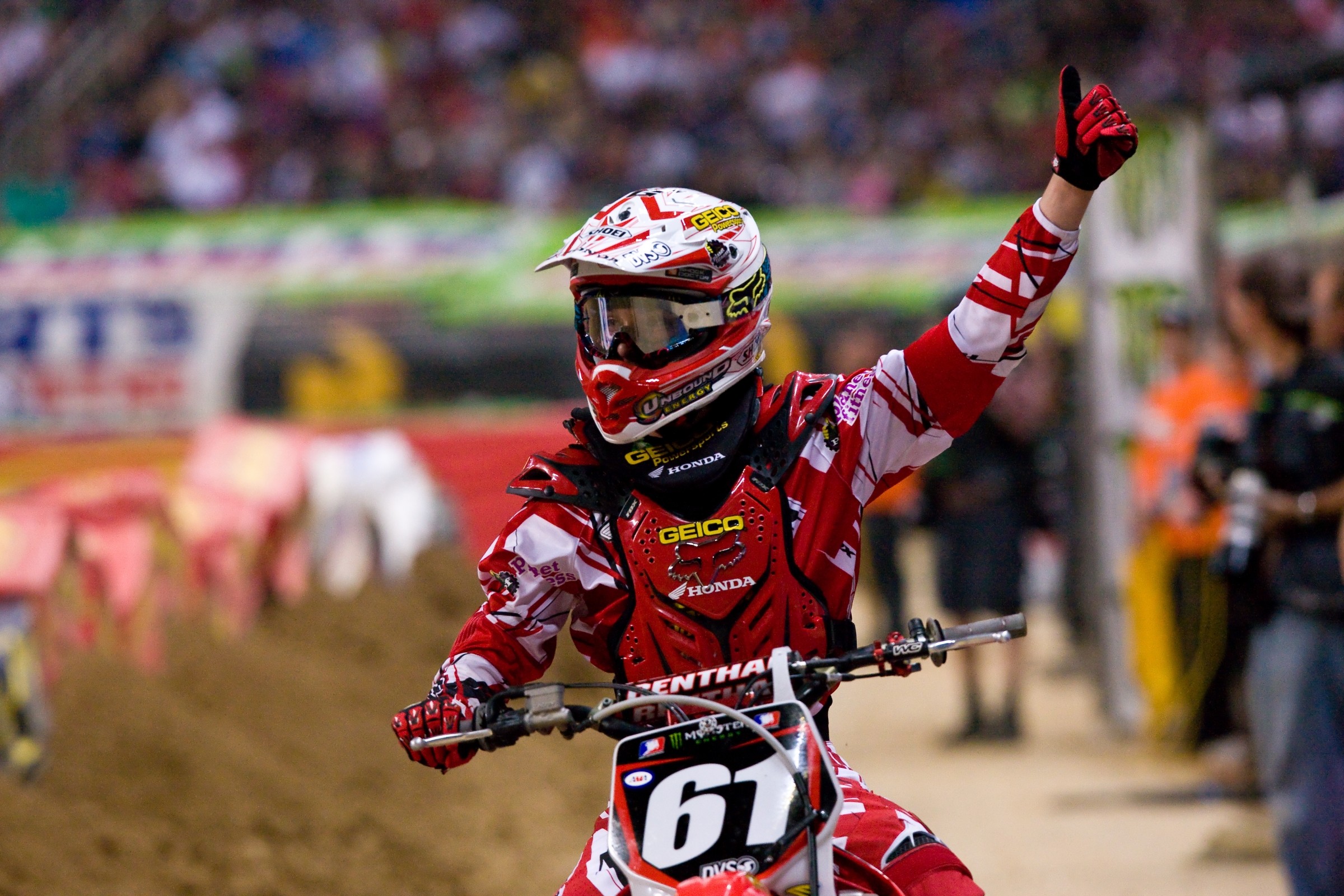 On This Day in Moto March 21

Mike "the Bike" Hailwood, one of the most famous British racers of all time, was involved in a fatal car crash in England. He and his family were on their way to dinner when they collided with a truck, which killed his daughter instantly. His son was also in the car and survived. Hailwood, a nine-time FIM World Road Racing Champion who also ventured into Formula 1 auto racing—then came back to motorcycles to win the Isle of Man TT in 1978—would be on life support for two days before succumbing to his injuries on March 23. He was 41 years old.

The entire AMA/Camel Supercross Championship was turned upside-down when series points leader Damon Bradshaw crashed hard inside the RCA Dome in Indianapolis. Bradshaw hit a triple wrong and went over the handlebars, knocking him out of the race and wiping out his points lead. Team Honda's Jeff Stanton and Jean-Michel Bayle went 1-2. The crash happens at the 47th minute of this video below:

Yamaha-mounted Jeremy McGrath was the winner inside the Metronome in Minneapolis, besting factory Yamaha rider Kevin Windham and Honda-mounted Ezra. It was McGrath's sixth win on the season as he headed towards what would be his fifth AMA Supercross Championship.

In the 125 class, Honda of Troy rider Stephane Roncada took the win ahead Yamaha riders John Dowd and David Vuillemin.

The winner of the Lites SX class was GEICO Honda's Blake Wharton. It was his first career win in AMA Supercross, as well as the first win in the class by a rider who hailed from Texas since its founding in 1985.