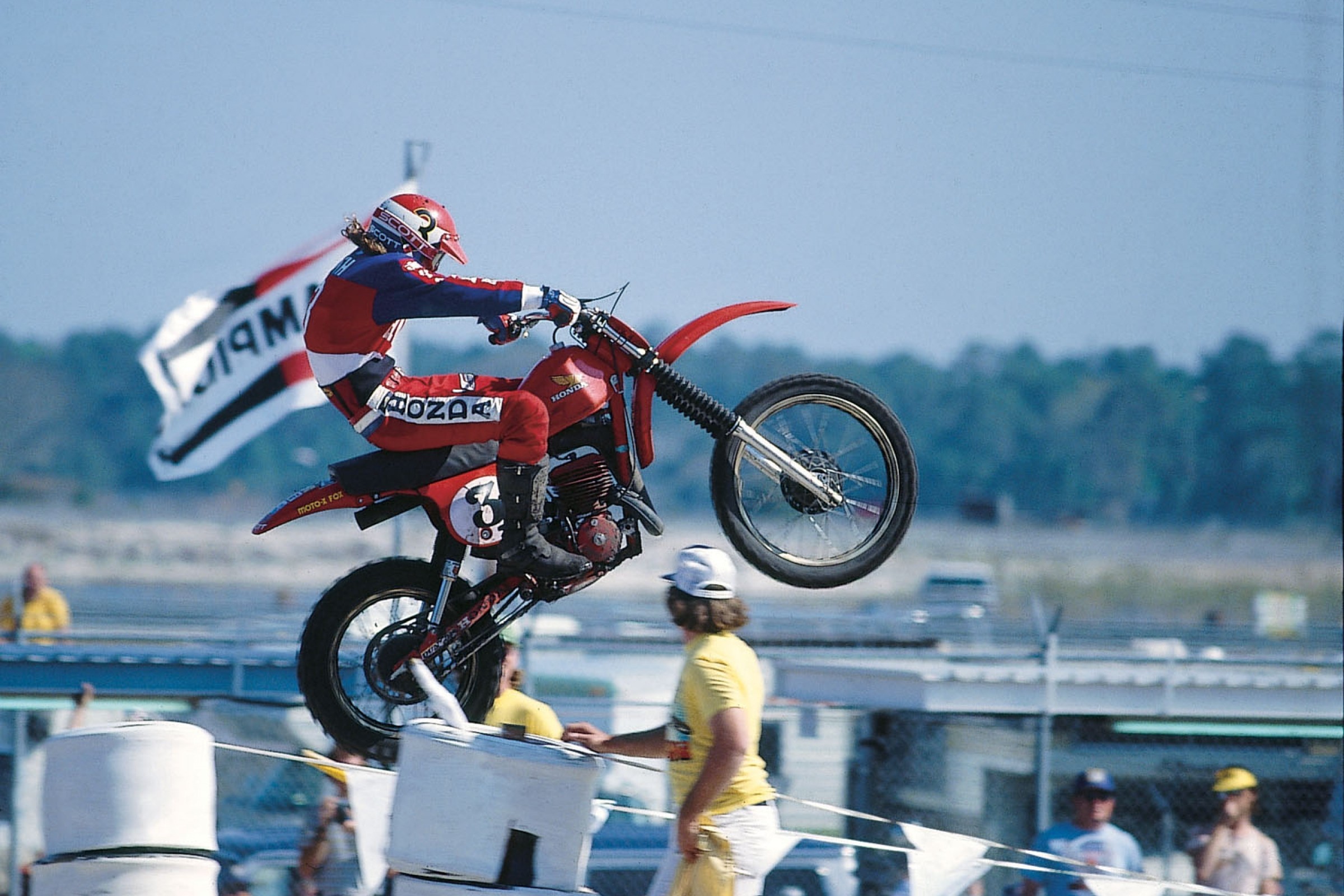 On This Day in Moto March 11

Kawasaki launched its new amateur support program dubbed Team Green. The idea is to find and back promising amateur and youth riders from all over the country. Kawasaki's HQ is in California but Team Green sets up shop out of the Atlanta office, where team manager Dave Jordan is located. The first riders signed—Billy Liles and Keith Turpin—are also from Georgia. The program will revolutionize amateur motocross from that day forward, and continues to this day.

Here's a glimpse of what the race looked like:

Suzuki's Rodney Smith won the second round of the AMA Grand National Cross Country Series in Macon, Georgia. KTM's Shane Watts, winner of the opening round earlier that week in Florida, finished second, ahead of his teammate Mike Lafferty.

Yamaha celebrated a clean sweep of the Florida Winter-AMA Series as Bob Hannah, Broc Glover, and Rick Burgett won the 250, 125, and Open classes, respectively. Hannah was a perfect 8-for-8 in his motos during the four-race series.