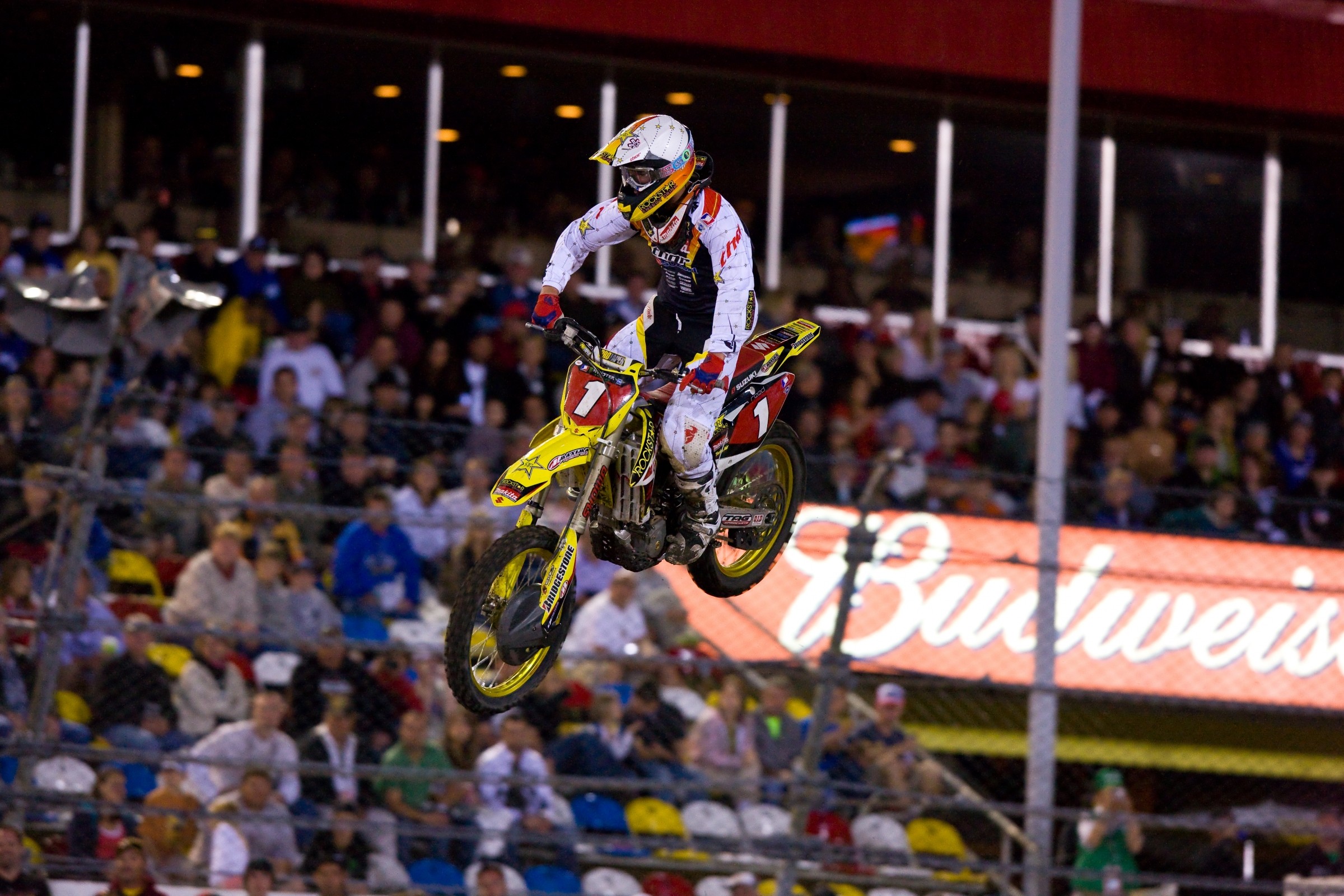 On This Day in Moto March 7

In one of the biggest upsets in AMA Supercross history, privateer Honda rider Ricky Ryan won the Daytona Supercross. Ryan, who hailed from Northern California, took advantage of the muddy conditions and a slew of bad luck for some of the usual contenders, like defending champion Ricky Johnson, who tangled with Ron Lechien and others off the start, and Jeff Ward, who ran off the track on the first lap and had trouble getting restarted. Ryan kept slogging away at the front on a course that was so saturated that the race was delayed three hours so that Gary Bailey and his crew could drain some water and reroute some areas. (Even after that, the factory team managers wanted the race either postponed or canceled, but the AMA decided to run it anyway.) With two laps to go, Ryan was following the leader Keith Bowen when a rock jammed between the chain and sprockets and the engine case of Bowen's Yamaha, costing him the win. Ryan ended up taking the checkered flag with a 12-second lead on Yamaha's Jeff Stanton and Suzuki's George Holland.

In the 125 Class, Suzuki's Ronnie Tichenor took the win over his teammate Keith Turpin and Kawasaki rider Carroll Richardson.

Semi-privateer Yamaha rider Jason Lawrence shocked everyone by leading 14 of 20 laps in the premier class at the Daytona Supercross, eventually finishing second behind Chad Reed. It was his first supercross race in 450SX, and it came on the heels of a suspension for fighting in the pits in San Francisco earlier that year, which derailed his shot at defending his 2008 250SX West Region Championship.

Chaparral Yamaha's Jeremy McGrath once again proved how fast he was on a rough track when he put the clampdown on the Daytona Supercross for the second time. McGrath outlasted defending AMA Supercross #1 Jeff Emig and Team Honda's Ezra Lusk.

In the 125cc Class, Pro Circuit Kawasaki's Ricky Carmichael once again put a whippin' on everyone, as the Florida native disappeared with the Daytona win as he pursued an undefeated 125SX East Region season. Suzuki's Robbie Reynard and FMF Honda's Brock Sellards rounded out the podium.