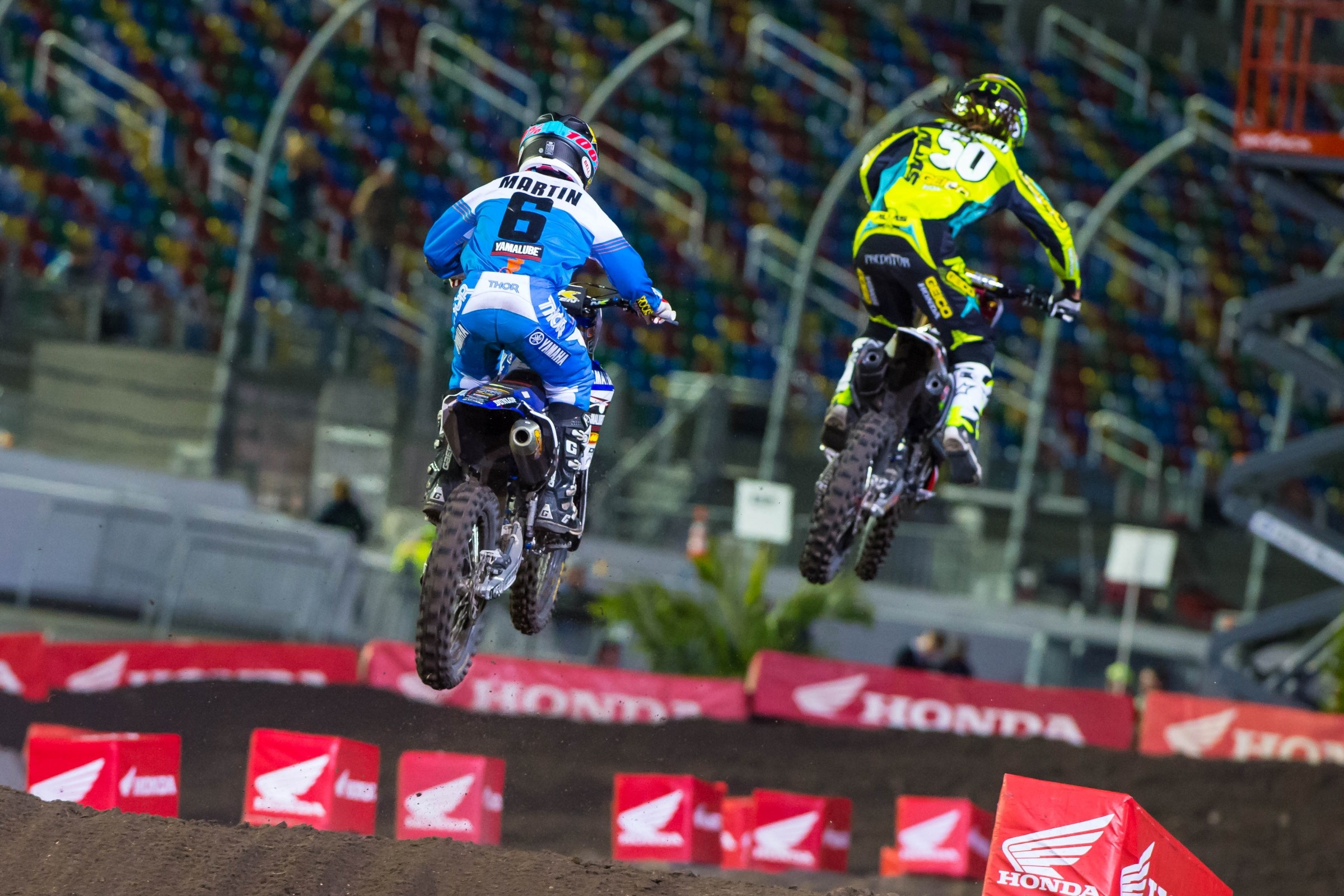 On This Day in Moto March 5

The Atlanta Supercross began the '77 season. There was no longer a 500cc class, so all of the stars are gathered in one division. The winner of the muddy opener at Fulton County Stadium was Bob "Hurricane" Hannah aboard his Keith McCarty-tuned Yamaha.

Atlanta marked the second round of the 1978 AMA Supercross Championship. The winner was Team Honda's rejuvenated Marty Tripes, winner of the very first Superbowl of Motocross back in 1972. Tripes outlasted Suzuki's Kent Howerton and Can-Am rider Rich Eierstedt, who gave the once-prominent Canadian brand its last-ever AMA Supercross podium.

The AMA Motocross Championship had a new contestant in three-time FIM Motocross World Champion Greg Albertyn, who moved to America to race for Team Suzuki. While supercross took some getting used to, he was expected to be a title contender outdoors. The South African opened strong with a runner-up finish in the first moto at the Gatorback 250 National opener, as only Team Kawasaki's Mike LaRocco, the defending AMA 250 National MX Champion, stayed ahead of him to the finish.

In the second moto, however, both LaRocco (collapsed front wheel at the 37:00 mark in the video below, and he gets a ride back to the pits by Brian McElroy) and Albertyn (collapsed rear wheel) broke down, opening the door for the overall win to Team Honda's Jeremy McGrath. Kawasaki's Mike Kiedrowski was second, followed by Yamaha's Jeff Emig and Honda's Doug Henry.

Earlier that weekend, a few of the stars of "Amateur Day" at Gatorback included local prospects Ricky Carmichael, Davi Millsaps, Travis Pastrana (down from Maryland), and James Stewart, all on minicycles.

Suzuki's Mark "the Bomber" Barnett won the Atlanta SX in the old Fulton County Stadium over Honda's Bob Hannah and Yamaha's Broc Glover, while eventual 1983 AMA/Wrangler Supercross Champion David Bailey would only finish ninth. There was not a single KTM or Husqvarna in the main event.

The Daytona SX presented by Honda took place at Daytona International Speedway, with Monster Energy Kawasaki’s Eli Tomac putting in a wire-to-wire performance to grab his first and only win of 2016. Eventual champion Ryan Dungey stalked Tomac throughout the 20-lap main event but was never able to make a pass for the lead. Dungey’s Red Bull KTM teammate Marvin Musquin finished third.