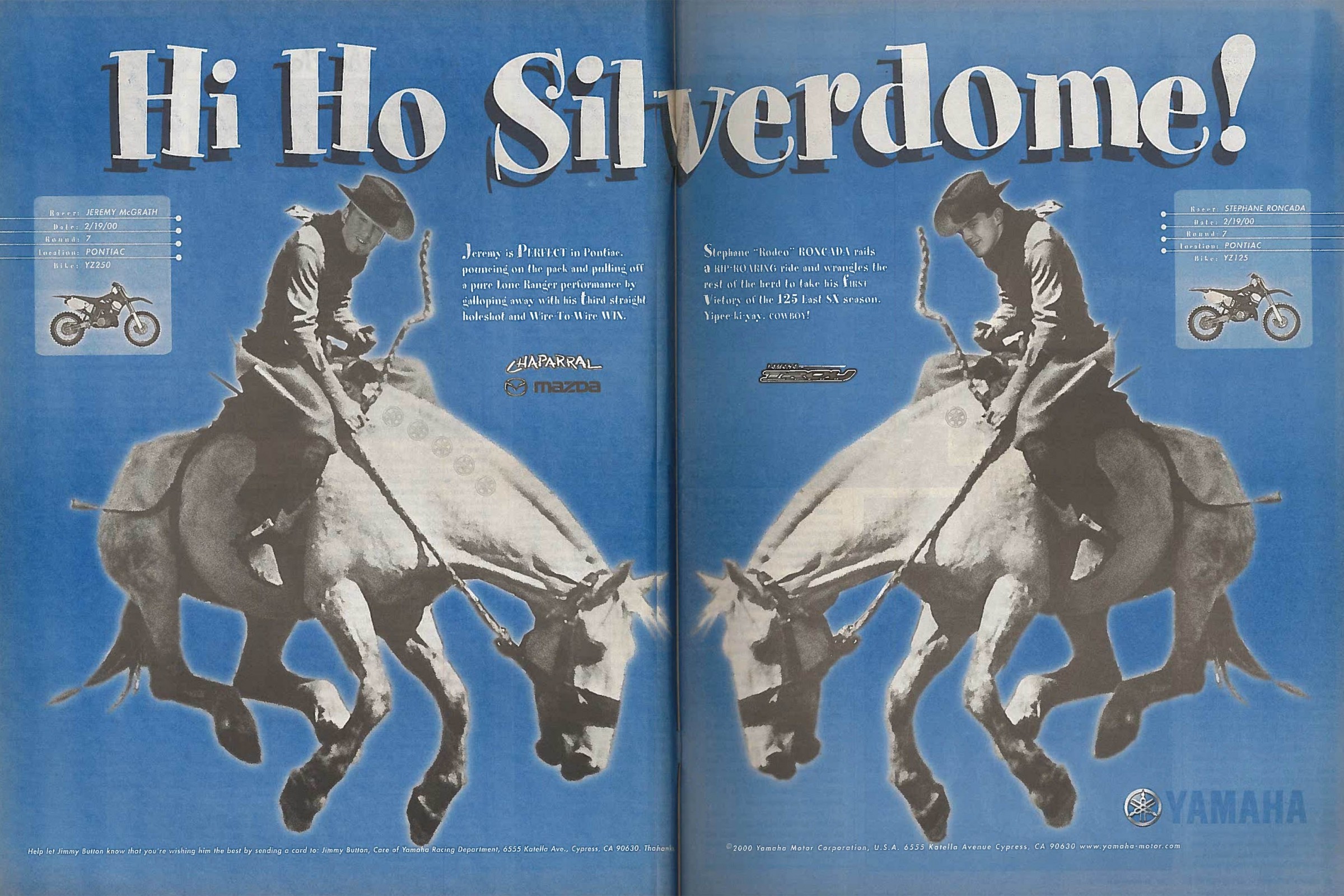 On This Day in Moto February 19

If Anaheim is “the House that Jeremy Built”, San Diego was built by Chad Reed. TwoTwo Motorsports' Honda owner/rider Chad Reed got his sixth San Diego win—surpassing Jeremy McGrath’s record of five—and his first-ever win as a Red Rider when he topped the field at the San Diego Supercross. Already starting to be written off by some in the media (including yours truly), the never-surrender Reed topped Rockstar/Makita Suzuki rider Ryan Dungey and Yamaha-mounted James Stewart, his most bitter rival. Finishing seventh was the man who would be king, series points leader Ryan Villopoto, but the off-night in San Diego meant that San Manuel Yamaha's Stewart was able to close within three points of the lead (146-143), with Reed another 13 back.

GEICO Honda's Eli Tomac took the win in 250SX ahead of Monster Energy/Pro Circuit Kawasaki's Tyla Rattray and Broc Tickle. It was the first 250SX win for Tomac and added to the 250 National win he earned a year earlier at Hangtown, his first actual pro race.

Remember what we wrote in the first sentence above? Chad Reed also won San Diego on this day in 2005, only at that point he was riding a factory Yamaha and was the defending AMA Supercross Champion on the rise. He had yet to win a race in 2005, having followed the Suzuki RM250 of Ricky Carmichael each of the last five weeks, and Kevin Windham in a muddy opener. Carmichael finished second, with Amsoil Honda's Mike LaRocco third, his next-to-last podium of a Hall of Fame career and his then-record 80th podium.

Coincidentally, it was LaRocco's record for career starts (227) that Reed tied last weekend in Arlington, Texas, and will likely break this weekend in Tampa, which is pretty much the transplanted Australian's hometown race.

Riding a Yamaha YZ250, Jeremy McGrath got his third straight win of the series, this time at the Silverdome in Pontiac, Michigan. McGrath, working on a seventh AMA Supercross Championship, topped Yamaha's French import David Vuillemin and Suzuki-mounted Damon Huffman inside the old home of the Detroit Lions.

Finally, today is the birthday of Tyler "One Punch" Evans, a notorious presence in the late nineties and early millennial supercross. Hailing from Salinas, California, Evans was fast and tough, but he was also something of a wrestling character, a bombastic showman who gathered a following in part because he split roles as either privateer hero or villain. His best-ever finishes were a few third-place podiums in 125 Supercross, as well as a podium at the super-muddy World Supercross in Seville, Spain.