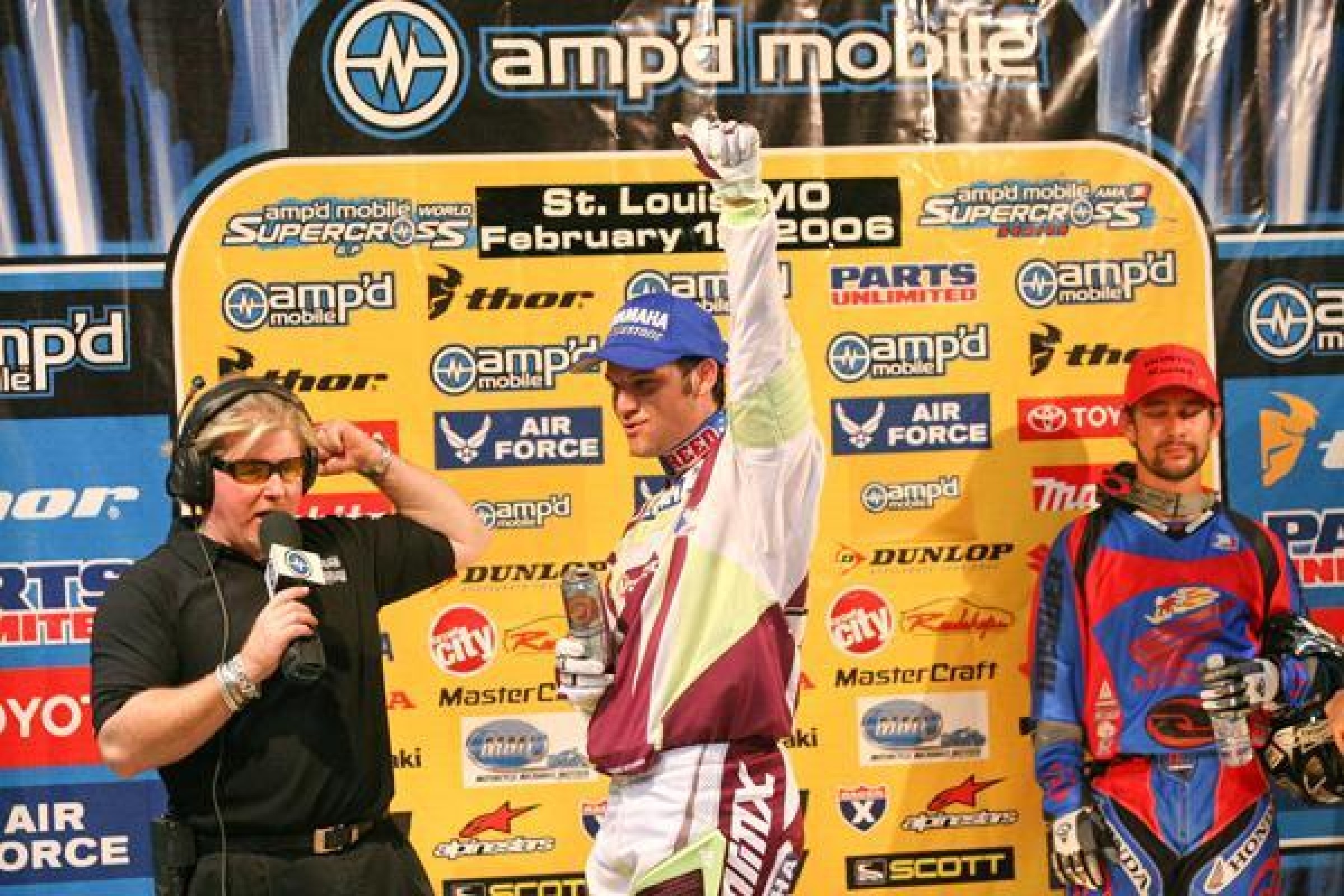 On This Day in Moto February 18

In his 125 Supercross debut, Team Yamaha's Damon Bradshaw won his first race in Miami's Orange Bowl, despite crashing four times. And it wasn't actually his first AMA Supercross, as the previous weekend he made his debut in the premier class and actually finished third. It's no wonder that everyone believed that the "Beast for the East" would be one of the most successful riders of the future. Finishing second and third were California's Ty Davis and New York's Chris Coleman.

In the 250 Class Rick Johnson kept his winning streak going with a fifth straight victory. RJ was the most dominant figure in the sport at the time, seemingly invincible. But no one could have known that night in Miami that they were witnessing the last AMA Supercross race that Johnson would ever win.

Finishing second and showing just how much he had improved in five races was French import Jean-Michel Bayle. He would finish ahead of yet another Honda rider in Jeff Stanton, who would soon become the captain of the team.

In an unexpected turn of events both Ricky Carmichael and James Stewart have disastrous nights at St. Louis, which allowed race-winner Chad Reed to pick up a whole bunch of points and turn the title fight back into a three-way battle. First, the shock linkage broke on Carmichael's Makita Suzuki factory RM-Z450. Then Stewart crashed and could only salvage 17th place points.

The Beaucaire International Motocross took place in France and featured a great battle between Honda HRC factory riders Eric Geboers and Jeff Leisk and Chesterfield Suzuki’s 250cc rider Alex Puzar, with the Italian taking the win ahead of Belgium’s Geboers and Australia’s Leisk.

The 250 Class marked the opening round of the East Region. It was won by Joey Savatgy on his Monster Energy/Pro Circuit Kawasaki, followed by TLD/Red Bull KTM rider Jordon Smith and last night’s winner, Zach Osborne.  All three of those riders—Savatgy, Smith and Osborne—would trade wins throughout the series, and they would go into the last round in Las Vegas in practically a three-way tie for the series points lead.